If you read my recent article, Foreclosures are UP and Back in the Headlines Again, then there should be no question that, even though it may be better than it was several years ago, the foreclosure crisis is still very much with us.

According to RealtyTrac, the poster-child for the foreclosure crisis being ‚Äúalmost‚ÄĚ over for the last five or so years, as reported by National Mortgage News, says that foreclosure starts have ‚Äújumped 18% in March, from February, to 94,100, and were up 7% from a year earlier.‚ÄĚ

RealtyTrac also reports that the rise in foreclosures has occurred ‚Äúacross all investor categories,‚ÄĚ AND, ‚Äúin judicial and nonjudicial states,‚ÄĚ AND, ‚Äúamong all stages of delinquency.‚ÄĚ

RealtyTrac also reported that, ‚Äúbank repossessions hit a 27-month high in April at 45,168, up 50% from a year earlier.‚ÄĚ

Along with increasing foreclosures, the government has once again extended its loan modification program, HAMP (Home Affordable Modification Program), until the end of 2016.¬† And just has it been the case since that program began, the process of getting a loan modification, in general, continues to drive borrowers to distraction.¬†

The bottom-line is that the loan modification process has been, and continues to be, something many would describe as a nightmare.¬† And, as a government program, I don‚Äôt think it‚Äôs the least bit unreasonable to ask why it hasn‚Äôt been improved by our government, especially since it‚Äôs been causing homeowners such uncertainty and anguish for over¬†seven years.

So, the question is why?¬†

First of all, let‚Äôs stop blaming the banks and servicers for whatever is going on.¬† It‚Äôs been seven years, so obviously they are doing whatever they can and will, based on the current rules and requirements.¬† HAMP is a government program, so if it needs to change to be better, it‚Äôs not up to banks and servicers‚Ä¶ Congress, however could make improvements the moment they wanted to do so.

No one elected banks or servicers to ensure fundamental fairness in this country, it‚Äôs Congress that‚Äôs supposed to represent constituents‚Ä¶ voters in this democracy.¬† And they‚Äôre the group that has done nothing since 2009, when the chaos of HAMP and loan modifications first started as a government program, regaled by the Treasury Department.

So, none of this is any sort of secret.¬† I think it‚Äôs safe to say that almost every homeowner, at least in most states has experienced, or at least heard of the difficulties associated with getting a loan modified.¬† We‚Äôve lost roughly eight million homes to foreclosure to-date, and there have been something like six million loans modified during that same timeframe‚Ä¶ and I don‚Äôt know how many short sales have been conducted.

That‚Äôs something like 15 million homes directly affected by the obvious inadequacies inherent to HAMP since the crisis began in 2008‚Ä¶ if each one had one family member or friend who knew, that would be 30 million homeowners who should be at least aware of the problem, and that‚Äôs at least 50 percent of all the mortgaged homes that existed in this country only a few years ago.

Please feel free to check you own sources to verify those numbers‚Ä¶ I think you‚Äôll find that if anything, my estimates are low.

Who can fix the loan modification process?

That‚Äôs an easy question to answer‚Ä¶ CONGRESS could fix the loan modification process in a week, if it wanted to or was motivated to do so.¬† Want proof?

Do you remember the AIG bonuses that were paid out back in 2008-09‚Ä¶ after the federal government bailed out AIG to the tune of $200 billion?¬† Remember the people marching in the streets in New York protesting the post-bailout bonuses?¬† Even President Obama expressed some outrage over the $165 million in bonuses, if I recall the amount correctly‚Ä¶ and I think I do.

Do you remember what Congress did in response to that public outcry?¬† Well, within a week or maybe two, they actually passed a bill in the House of Representatives that would have taxed the bonuses at something like 90 percent!¬† It‚Äôs true‚Ä¶ they passed that bill in a matter of days.

Now, admittedly the bill was doomed in the Senate‚Ä¶ it would never have passed through that legislative morass, but that‚Äôs not the point.¬† The point is, and I commented on it at the time, that Congress CAN pass all sorts of legislation in a damn hurry‚Ä¶ if they‚Äôre properly motivated.¬† And since HAMP is a federal program, it should be obvious that the federal government COULD make it better, if it wanted to do so. 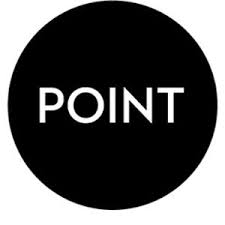 So‚Ä¶ why don‚Äôt they?¬† Because of what they learned from TARP.

Remember that fateful day when Congress was asked by then Treasury Secretary Hank Paulson and Fed Chief Ben Bernanke to pass TARP, which would authorize $700 billion in bailout funds with essentially no strings attached?¬† It would be something akin to the end of the world if it wasn‚Äôt passed, we and they were promised.

And yet, the first time out‚Ä¶ it failed to pass.

So, they brought it back a few days later and passed it, and we all know how the story ended.¬† Secretary Paulson used the funds to stabilize the banking system and save the world as we‚Äôve known it‚Ä¶ for the most part anyway.

There was never any choice‚Ä¶ we HAD to pass TARP.¬† I realize that members of Congress acted like it might be optional, but it was never the case.¬† We literally had the equivalent of a giant gun pointed at our collective heads.¬† But, if you remember, many in Congress were not present for the second vote.¬† Their constituents would not have been in favor of their vote in favor of TARP, so they simply didn‚Äôt show up.

A lot of people, both then and today, aren‚Äôt so sure about TARP‚Äôs necessity, however.¬† There are plenty that would say that we didn‚Äôt NEED TARP to save the day from utter destruction‚Ä¶ but they‚Äôre wrong.¬† We know that now.¬† We absolutely needed TARP at the time, although perhaps not for the reasons people think.

What we as consumers didn‚Äôt see clearly enough throughout the financial meltdown was the element of ‚Äúpanic‚ÄĚ that was driving the financial system‚Äôs demise.¬† That panic had already caused numerous organizations to become insolvent and without TARP, there‚Äôs no question that more trouble and more severe trouble was ahead.¬†

The bottom-line is that TARP was needed, not only to provide immediate financial stability to certain financial institutions, but also as a signal to investors, both here and around the world, that the United States was not going to let the crisis worsen.

What our government learned from TARP‚Ä¶

And that means it‚Äôs exceedingly likely that HAMP today is HAMP to stay.

Congress, as they say, has absolutely no appetite for publicly being asked to pass anything that helps homeowners who aren‚Äôt able to make their mortgage payments.¬† It‚Äôs very much like TARP‚Ä¶ a large percentage of constituents won‚Äôt agree‚Ä¶ and they won‚Äôt like it one bit.¬† And that means potentially losing the next election, which is an entirely unacceptable risk to those in Congress.

And so, here we sit.¬† Deadlocked in both the House and the Senate, with no political will to change the programs designed to help stabilize our housing market, so that they can be more effective in doing so.

Meanwhile, the foreclosure crisis and anemic housing market continues to hamper any true or widespread recovery, and those who have been impacted, continue to suffer largely in silence‚Ä¶ choosing not to speak out‚Ä¶ not to tell anyone they are struggling or in jeopardy of losing homes.

So, what we have today is what we‚Äôre going to have going forward‚Ä¶ a dysfunctional loan modification process, that although incrementally better than it once was, is still a long way from being able to solve the larger problems. 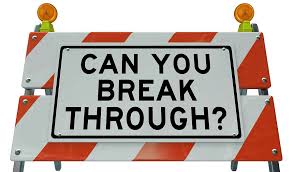 There‚Äôs only one possibility I see for changing our shared future, and the answer is US.¬† The millions involved in the crisis today, and those who have been involved in the past, need to let their legislators know that the status quo is not acceptable‚Ä¶ and that they recognize that Congress has the power to change things for the better.

As I‚Äôve written before, the housing crisis has gone from horrific to tragic, and that‚Äôs not what Americans who understand it should want‚Ä¶ it‚Äôs not an answer, it‚Äôs a bandaid and after almost eight years, we‚Äôre long past being of a mind to revel in a stop-gap sort of solution.

Soon we will have a new president and administration‚Ä¶ Hillary Clinton is all but certain to win in 2016‚Ä¶ and that‚Äôs when we‚Äôll have another chance to make our foreclosure avoidance programs more effective‚Ä¶ to stop the uncertainty and black box process in favor of one that delivers real answers to the problem that continues to stymie our economic growth.

Will we speak out?¬† Will those who have suffered through the loan modification process write their representatives in sufficient number that the new administration will feel the pressure to make much needed changes?¬† I honestly don‚Äôt know.

What I do know, however, is that the current process is guaranteed to do no more than it has done to-date, and that new defaults and re-defaults will continue to perpetuate the crisis, causing millions more Americans to lose homes unnecessarily, while home values continue to be mired in a market plagued by low supply and problematic sources of demand.

After eight years of watching the housing crisis from a front row seat, if you will, I don‚Äôt see how there can be any question about that.

What I Know About Loan Modifications – 2014

Why Can’t We Fix Something About the Loan Modification Process?

Now you can know how much your investor is losing by foreclosing on your home.