Home  »  We All Agree: We want to keep people in their homes if possible… sort of.

We All Agree: We want to keep people in their homes if possible… sort of. 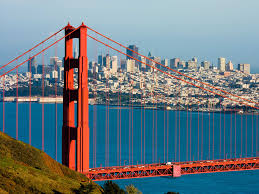 I have a long-time reader by the name of Arthur Pritchard.  He’s a really smart guy in his mid-70s, who lives in San Francisco.  He purchased the lot in 1978, and then designed and built his home on Howth Street, right near San Francisco City College, in 1988, with the help of a carpenter and the like.

In 2005, at 66 years young, and getting ready to retire or at least re-tread, he wanted to take some cash out of his home’s equity and the nice people at World Savings were standing by ready willing and able to put him right into an Option ARM mortgage, which I think even the most predatory of the predatory lenders would agree would have been about the most inappropriate choice for him in his stage of life… but, no matter.  We can always come back to that later if it makes sense.

Next, we all know what happened… the world blew up, as the housing market melted down, and the financial crisis ended the rich histories of every single investment bank on Wall Street.  Like millions of others, soon Arthur couldn’t keep up with his mortgage payments and faster than you could say, “don’t worry, you can always refinance,” he found himself headed for foreclosure. 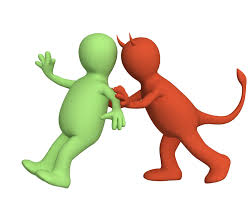 So far, there’s nothing that’s the least bit surprising or even unusual about Arthur’s story.  I mean, other than the people at World Savings being predatory shitheads that should probably have gone to jail or something close, everything is as it should be, right?  Of course, right.

Well, Arthur vacillated a bit on whether he should fight the loss of his home.  He tried to get a modification, to no avail, which was also not a surprise in the least.  He filed bankruptcy, tried again, and then seeing the writing on the walls he had built himself, he decided to move out and give up the fight.

The problem was that he didn’t have anywhere to go, and with his income a mere shadow of its former self, he ended up in one of the Bay Area’s finest shelters for the poor, the elderly, the people who at one time were abducted by aliens, and several drummers from bands who had hit singles during the 1960s. 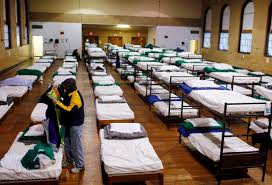 Now, Arthur’s truly a stand up guy, and when I say he’s smarter than your average bear, I’m not just whistling Dixie.  But, living in a shelter in San Francisco and later in San Jose, had to be a lousy way to look at living through his golden years, and after a while, since his home was still sitting there, he moved back in and decided to continue his fight to try to keep his home… or if not, then short sell it.

Either way, at least he wasn’t sleeping in a shelter anymore, so life was better than it would have been otherwise.  And, as is commonly the case, Wells Fargo Bank didn’t seem to be in much of a rush to foreclose and send him packing, so why not keep trying until all avenues had been exhausted?

Besides, since it had been over a year since Wells had filed a Notice of Default, they would have to start the foreclosure process over again from the beginning, so he had some time to stall if nothing else.  He rented the bottom floor of his home to a woman who had lost everything in a bankruptcy and foreclosure, in part because he wanted to help, and also to give him some walking around money and provide some protection against Wells Fargo being able to get him out in a hurry, if that’s what they decided to do.

In fairly short order, he found a lawyer who said that he could probably help him get Wells Fargo to approve a short sale, and sure enough, that’s what happened.  Wells, at least in principal (pun intended) agreed to take $375,000 for the home, the short sale process began in earnest, and being in a desirable area of San Francisco, perhaps the country’s hottest housing market, several buyers appeared on the scene. 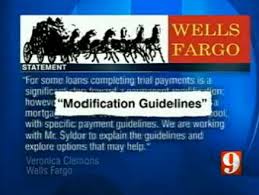 Quite predictably, another lawyer materialized saying that he could sue Wells Fargo, and get them to settle, which could mean Arthur would get to keep his home.  Having heard similar claims every day for the last six years, I wasn’t totally paying attention… that is, until yesterday.

So, that’s where things stood, at least until last night when Arthur called me to tell me of the latest developments affecting his picture perfect retirement years.

Apparently, the lawyer would not take his case to court unless Arthur could come up with some serious coinage, yet another entirely unsurprising development to my way of thinking, so Arthur was back to the short sale path, and that meant he’d be back in a shelter at some point in his future.  And, I’m sorry, but that just sucks and now my mind was connecting dots.

Okay, so maybe a lawsuit over the predatory use of the now illegal Option Arm loan would have been the best answer… maybe Wells could be pressured to settle with a guy in his mid-70s, who never should have been offered such a volatile solution.  But, regardless… Wells was already approving a short sale at $375,000…

So, if Wells Fargo was now willing to allow Arthur to sell the home he’d built and lived in since 1988 for $375,000… why not sell the home to Arthur for $375,000, and Arthur would use a reverse mortgage for the purchase.  That way, he’d be able to live in his home as long as he wanted to without having to make a mortgage payment… while Wells Fargo would still be getting the exact same amount for the property they already said they were fine with receiving.

Now, I’ve known for some time that both Fannie Mae and Freddie Mac have strict policies against such transactions.  They approve short sales, but only if the current homeowner moves out… the new buyer or renter has to be a stranger to the property.

The first time I heard about Fannie and Freddie’s policy about post-short sale strangers, I thought it sounded stranger than fiction. Banks approve short sales because doing so makes more financial sense than foreclosing as re-selling the property at auction.  Absent any fraudulent intent on the part of the borrower, why would anyone care who was renting or buying a home after it was short sold? 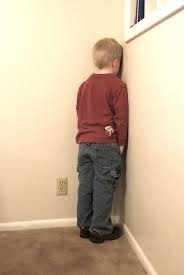 But, I remember clearly, the day I called Fannie’s spokesperson to inquire about the thought process behind the policy, and was told… sure enough, the current homeowner had to move out, or the short sale would not be approved.  It seemed to me that the policy was intended to punish the borrower who could no longer afford his or her mortgage payments, and that punishment was to lose the home as either owner or renter.

I do understand, under more normal circumstances, why such a rule would be in place.  I mean, you wouldn’t want borrowers capable of paying their payments to be able to simply decide to pay some lesser amount, while remaining in their homes.  But, come on… these are not “normal” circumstances, by any stretch of the imagination.  And again… Arthur’s is NOT a Fannie or Freddie loan anyway.

So again, the operative question would seem to be: Can we all agree that we want to keep people in their homes if possible… or aren’t we in true agreement about that?

Just consider once more the facts of Arthur’s situation:

All Wells Fargo’s refusal to accept the money from Arthur would accomplish is to force a 75 year-old man into a homeless shelter.  Everything else would remain the same either way.

So… do we agree that we want to keep people in their homes if possible or don’t we?

Surely, there aren’t people at Wells that would prefer that Arthur have no home to live in for his remaining years.  Surely, there aren’t investors that care where the $375,000 comes from, right?  Doesn’t it seem obvious that there’s some way to make this situation have a much happier ending than it will if everything is left status quo?

Are we trying to keep people in their homes, if it’s possible to do so?  Or are we more concerned with punishing borrowers who fall upon hard times, as in the worst “hard times” in 70 years, as is the situation today?

Surely, we can all see that desperate times call for desperate measures, or at least unusual times call for unusual measures… and no one benefits from putting a 75 year-old on the streets of San Francisco.  Arthur is 75… is someone honestly concerned about “moral hazard,” here?

If so, that’s just stupid.  This is a common sense solution to an obviously undesirable outcome that will occur without it.  Do we want to keep people in their homes if possible?  Or are we punishers first, who are more concerned with leaving a nickel on the table?

I’d like to say that I know the answer to that question.  I used to think I knew… but now, I’m not at all sure.

P.S. ATTENTION DOERS: I want your feedback, and your efforts to share this article with other activists and your elected officials in the hopes that common sense will lead to helping not only Arthur, but countless others as well.  Email me at: Mandelman@mac.com.