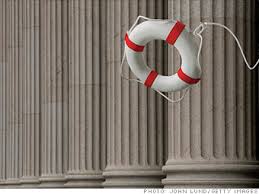 Mel Watt, Director of the FHFA, speaking at the Greenlining Institute’s 22nd Annual Economic Summit today, has announced that the FHFA has once again decided “to extend the Enterprisesā€™ participation in the Home Affordable Modification Program (HAMP) and the Home Affordable Refinance Program (HARP) for an additional year, until the end of 2016.”

From Mr. Watt’s prepared remarks delivered to those in attendance…

“Since HAMP and HARP were first launched in 2009, these programs have provided critically important relief for many borrowers by allowing them to lower their monthly payments and, as a result, have prevented many foreclosures. Ā HAMP provides modifications that allow borrowers significant payment reductions that are tied to their income. Ā This gives borrowers a more stable, affordable monthly payment and improves performance rates. Ā The HARP program allows borrowers, including those who are underwater on their mortgage and who are regularly making their mortgage payments, to refinance their loans to take advantage of historically low interest rates.”

I’m notĀ reporting this news because it came as some sort of surprise, because it was not a surprise in the least. Ā I was reminded of when I was asked back in 2009, when I thought that the HAMP program would end and I responded by saying, “Based on how it’s going… not in my lifetime.”

So, now here we are… this is at least the third extension of Fannie’s and Freddie’s participation in the HAMP program, if I remember correctly, and even though Mr. Watt says this will be the last extension granted, it gives borrowers at least another 18 months to take advantage of the program. Ā It also means that the next time this issue comes up, we’ll have a new administration about to assume control of the Oval Office. Ā So, who knows what will happen then.

All I do know is that this is a clear sign from the FHFA that the foreclosure crisis is not over. Ā And that’s another thing that shouldn’t come as any sort of surprise to anyone who is paying attention.