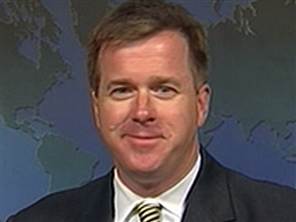 Okay, so this is one easy recommendation to write.   If you’re a homeowner looking to save your home from foreclosure in Alabama, don’t do anything until you’ve spoken with Bubba for sure.  No question about it… he knows how to use the right tool for the job… whether it’s litigation, bankruptcy or loan modification.

Now, in the spirit of full disclosure, Bubba’s a friend of mine, a good friend, but I’m not just recommending him because of that… I’m telling you, when you need an experienced lawyer capable of taking on any opponent with intelligence, and passion who would rather do just about anything but lose a case…  you won’t find anyone more ready to go than Bubba Grimsley.

Look at his picture up above.  Doesn’t he just look like he’s saying: “Put me in coach, I’m ready to play.”

He’s a fellow graduate of Max Gardner’s Boot Camp… a very close friend of Alabama’s other foreclosure defense rockstar, Nick Wooten.  That’s where we all met, of course.  The only place in the world where an overweight liberal East Coast Jew can hang out drinking with the guys who starred in the Dukes of Hazard and not wake up tarred, feathered and photographed by the local newspaper wearing a hot pink boa and heels.

And I honestly can’t think of anyone that’s any easier to talk to about anything… that’s important for any lawyer, but even more important for a bankruptcy lawyer.  Somehow, no matter what it is, you just know that Bubba’s seen it before, heard it before, or done it before.  Call and ask him anything, you’ll see what I mean in about a minute or two.