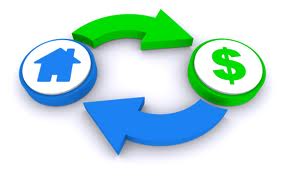 It’s been over four months since I started researching reverse mortgages in an in-depth way and I finally can say with confidence that I now understand them… past, present… and I think, even their future.

I also have finally come to understand why reverse mortgages are so misunderstood by so many people who really should understand them.

It all started a few months ago when I was talking to the CEO of Impac Mortgage, Joe Tomkinson, and he asked me if I knew anything about reverse mortgages.  I replied just like most people do when I ask them the same question.  I said something to the effect of:

“Not really… I’ve heard there have been some problems… or that they’re expensive… although I’m not really sure what I’m talking about… or even why I think that way.”

Had I been talking to any other mortgage banking executive at the time, it’s likely that the whole thing would have ended right there, but this was Impac’s CEO… and as I’ve written about before, during this last financial crisis that began in 2008, Impac is the only mortgage bank that did right by borrowers, shareholders and bondholders by modifying loans back in 2008… without requiring that borrowers to be delinquent.  They refused to take any taxpayer bailouts… they took their losses and came through a financial crisis that few others survived.  No one else did anything like that, as you probably recall.

I went online and started reading every negative story about reverse mortgages I could find, and very quickly I realized that the nightmare stories about reverse mortgages were not actually caused by the reverse mortgages themselves.  The problems were caused by unethical companies whose deceptive sales practices and lack of disclosure had taken advantage of unsuspecting borrowers.  (You can find the article I wrote about this here: “Reverse Mortgage Nightmares Should Never Happen.”)

The real lesson to be learned from these awful stories is never to do business with anyone but the most reputable and ethical lenders and only those licensed to offer HUD’s “Home Equity Conversion Mortgages (HECMs”), which is what the government program calls reverse mortgages.

For example, HUD requires that, “prospective borrowers must first meet with an independent third-party counselor approved by the U.S. Department of Housing and Urban Development (HUD).”  And HUD’s rules require that every borrower be provided a list of “the national counseling intermediaries and five agencies in the local area and/or state of the client with at least one of the local agencies located within a reasonable driving distance for face-to-face counseling.”

I think it’s worth noting that there are no other consumer products that require this same type of protection.  So, while there certainly have been problems with some lenders offering of reverse mortgages in the past, today’s HECM reverse mortgages are designed to be as safe as they can be by making sure borrowers understand how they work before they are even allowed to sign a loan application or incur ANY fees related to a HECM reverse mortgage.

I totally get it now, by the way… I figured it out and now I understand why so few people truly understand how reverse mortgages work.

More Valuable Today than Ever Before and for Good Reason…

Part of it is because our economic reality has changed in this country and that has made the reverse mortgage much more valuable to more people than in past years.

In the past, reverse mortgages were seen as something only to be used as a last resort.  But, in the past we had more options for borrowing money.  Largely based on the myth of ever-increasing property values, home equity credit lines (“HELOCs”) and second mortgages were easy for most people to get and available everywhere.  Not so today.

Plus today, we have 78 million baby boomers, a frightening number of whom are ill-prepared to be already in, or closer every day to their retirement years.  Many have lost what they always thought would be their security blanket… the equity in their home.  And too many retirement savings accounts have gone from being 401(k)s to 201(k)s.

In addition, although the good news is that today’s seniors can expect to live longer than their parents did, that also means needing more money for retirement than past generations.  And today’s seniors are also facing the reality of having to pay much higher health care costs, and generate income from their accumulated savings in an interest rate environment that almost makes “under the mattress” a competitive saving alternative to CDs and T-bills.

And that is to say nothing about the costs of adult children moving back home or the mountain of student loan debt many of them will be sporting well into their 40s.

In the economic reality of today and going forward, the reverse mortgage takes on an entirely new role. It should no longer be ignored, or only seen as a last resort.  Today, it should be viewed as an integral component of one’s financial security in retirement… and fortunately, it’s well-equipped to serve in that role.  In fact, I can’t imagine anything better.

When I started writing about reverse mortgages a couple months ago, I knew I would raise a few eyebrows, but I also knew that I was right about how important reverse mortgages were soon going to become to millions of older Americans.  But still, I was glad when I discovered that I wasn’t the only one thinking this way… Ramsey Alwin, senior director of economic security at the National Council on Aging was recently quoted as saying…

According to Congressman Mike Fitzpatrick from Pennsylvania, who was a co-sponsor of the recently passed Reverse Mortgage Stabilization Act…

“Reverse mortgages are a constructive and helpful tool to many seniors who want to stay in their own homes.  By giving seniors access to the built-up capital in their home without having to sell or move, seniors are afforded the choice to set their retirement on their terms.”

You may not even need equity to get a reverse mortgage…

Very few people realize this about reverse mortgages… you may not even need equity to qualify for one because, depending on your home’s appraised value, you can use a reverse mortgage to pay off current liens on your property.

Richard Johnson is the Senior Vice President at Impac Mortgage who heads up the company’s Reverse Mortgage Division.  He’s been at Impac since the company’s beginnings and knows reverse mortgages inside and out.

He’s also very good at explaining how these unique mortgages work and how seniors today are using them to make incredible differences in their financial security during their retirement years… and in the next 30 minutes he;ll do just that.

After spending months researching reverse mortgages, I’ve come to truly believe that everyone should learn more about these specialized mortgages because most people either don’t know nearly enough about them… or worse, they think things about them that simply aren’t true.

And in the years ahead, reverse mortgages are unquestionably destined to be an invaluable financial planning tool used by millions to change their lives for the better.

Because nothing else can accomplish what a reverse mortgage can… and that’s a fact.