This letter was written today by attorney Thomas Cox of Portland Maine, and posted on several legal listservs. Â It was totally unexpected and more than moving. Â Tom is the lawyer whose work and depositions of GMAC’s Jeffrey Stephan brought to light what we now know as “robo-signing.” Â Tom is a retired banking lawyer who came out of retirement to volunteer to help homeowners save their homes. Â He’s an incredible person and an exceptional attorney. Â I will never be able to express how much his words did for me today… and I hope they influence you as well. Â Because the time for action is now. 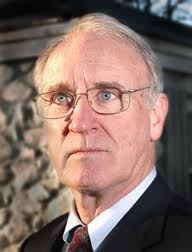 After a lot of reflection this past week, I have realized that I am not doing enough. Neither are you.Â Â This is a plea to every member of this listserv to do more.Â Â You can do significantly more without a great deal of additional effort.Â Â Please follow along with me.

A few years ago, in my â€śretirementâ€ť, I planned to volunteer a few hours a month to help with the Maine Attorneys Saving Homes project. That has morphed into far more than a full time effort that has produced some postive results and attendant notariety.Â Â So, it is easy for me to fall into feelings of self-righteousness about my hard efforts and to see myself as doing the â€śgood workâ€ť in the face of the foreclosure efforts of the evil banksters and their foreclosure juggernaut. I have tended to tell myself I am doing all that one lawyer can do to fight the evil empire of the foreclosure industry.

The decision that came out of the Maine Supreme Court last week inÂ FNMA v. Bradbury, 2011 ME 120, is what is causing me to realize that none of us are doing enough.Â Â ThatÂ Bradbury case was the best shot anywhere in the country at getting a reasonably receptive state supreme court to really do something about stopping the foreclosure fraud that we all encounter on a daily basis.

In that regard, the effort failed. The refusal of the Maine Supreme Court to subject GMAC Mortgage to contempt proceedings for its nationwide six-year binge of foreclosure fraud tells me that my naĂŻve belief that the judicial system would be our salvation was wrong. I already knew that a legislative solution was never going to happen, that the regulators are owned by the financial industry and would offer no meaningful solution, and that the attorneys general were not likely to do anything transformational.Â Â So, knowing now that my placement of faith in the judicial system as the ultimate source of a solution is also gone, I realize that we must pursue other approaches.

According to the Center for Responsible Lending, we areÂ not yet even one half of the way through this foreclosure crisis. Our individual and collective legal efforts during the first half of this crisis have had a barely noticable impact on the foreclosure industry.Â Â If we keep on doing the same thing that we have been doing for the first half of this crisis, we are not going to make enough of a change.Â Â While we need to keep battling in court on behalf of our individual clients, the courts are simply not going to give us a big picture solution.

One of the blogs that I read regularly to keep myself informed isÂ Mandelman Matters.Â Â Martin Andelman quite diplomaticly pierced my feelings of self-righteousness about my efforts recently by pointing out the truths stated in the preceding paragraph.Â Â He explained how our individual and collective legal efforts will not be enough to solve the problem and how, if there is to be a solution, it will come only come through concerted action.

Folks like Jamie Daimon, CEO of JPMorgan Chase, and Brian Moynihan, CEO of Bank of America, live in rarified worlds that insulate them from seeing the dirty foreclosure industry tactics that their institutions orchestrate and that we and our clients live with every day. They just do not percieve the misery and pain that their banks are inflicting, often unjustifiably, and often callously, on millions of American homeowners and their families.Â Â The do not believe that there is enough of an outcry and negative reaction to their banksâ€™ actions to cause them any concern.Â Â Andelman wants to change that and has some good ideas about how to go about it.

Andelman has been trying to organize concerted responses to the misconduct of the banksters. He knows the industry, because he used to work within it, just as I used to do.Â Â He is smart, articulate and simply has more energy for this battle than almost anyone I know. On top of this, he has got a rapier witâ€”reading his blog is guaranteed to make you laugh out loud.Â Â Andelman is looking for â€śDOERSâ€ťâ€”people who will respond when he asks readers to take specific actions when he calls for help. What he is asking for does not take much time.Â Â Some of his requests may even sound a bit hokey, but what have we got to lose by trying them since what we have been doing is not working.Â Â Go toÂ this link for an example of the kinds of help that Andelman asks for from us.

Here is what I am going to be doing to help Martin Andelman going forward and what I’m asking each one of you to do:

2. Send Andelmen an email message (he really wants this) and tell him that you will be one of his â€śdoersâ€ť and that when he asks for concerted action, you will participate;

3. From here on out, when Martin Andelman asks us to join him in a concerted action, however goofy it may seemÂ do it-that same day (even if it is goofy, it will not hurt you to do it and it will not take much time);

4. Insist that everyone of your foreclosure defense clients Â (past and present) who can read and write and who has access to a computer also agree to perform steps 1, 2 and 3 above. That is the least that they can do to reciprocate for the legal assistance that we are giving them, often for free or at reduced rates, and almost never being charged for all that we do for them;

5.Â Â Ask every lawyer and staff member in your organization to follow steps 1-3 above;

6.Â Â Think of who else you knowâ€”family members, friends, colleagues and others, who might be willing to help, and ask them to commit to performing steps 1-3 above.

If everyone on this listserv followed these steps, we could bring thousands more people into supporting Andelmanâ€™s efforts at really minimal efforts to ourselves.Â Â If you know of better ways to increase the impact of our efforts on behalf of homeowners, Iâ€™d love to know what you have in mind.Â Â But absent better ideas, we have nothing to lose and maybe a lot to gain by getting behind Martin Andlemanâ€™s efforts.Â If we fail to do this, we are simply not doing enough.

Thank you for being patient enough with me to consider this.
Tom