PLEASE DO NOT TAKE ACTION BASED ON THIS DOER ALERT…

Mandelman DOERS already took on this challenge and saved this homeowner’s home.

Arlie Matthews’ loan was modified by Bank of America on the same day that my DOERS took action. 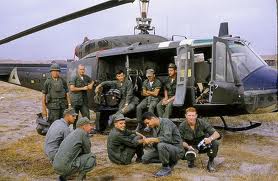 Some of the bravest men the U.S. military has ever witnessed are the helicopter pilots and crews who flew during the Viet Nam War.  They seldom flew above 1,500 feet traffic and were essentially always exposed to hostile fire.  Getting shot at or shot down was not something uncommon. One out of every five of these pilots was killed or wounded during the war years.

They were considered “old men” at around 23 years old.

Young men off to war, soon flying million dollar machines at 150 MPH with people trying to kill them at all times.  These are the men who flew directly into machine gun fire repeatedly because it’s what was needed to get the mission done.  They are a very rare breed.

The helicopter provided unprecedented mobility.  Without the helicopter it would have taken three times as many troops to secure the 800-mile border with Cambodia and Laos.  Gunships played the role of both rescue and MEDEVAC ships. Slicks carried troops, supplies, ammo, and the wounded or fallen soldiers.

So as to deny the enemy places to hide in the jungle, they sprayed Agent Orange, which we told them wasn’t harmful.  And they flew no matter the weather… sometimes it meant they didn’t make it home.  With far too many hours without rest there wasn’t much these courageous young men wouldn’t do when duty called.

MEDEVAC helicopters flew nearly 500,000 missions.  For more than 400,000 American soldiers, the average time between being wounded and arriving at a hospital was under an hour, and as a result, less than one percent who survived the first 24 hours died.

The word “Hero” very much does apply to the men who fought by manning their helicopters during the Viet Nam War.  They did their duty with honor and courage.  Approximately 12,000 helicopters saw action in Vietnam, and this country owes those that fought so bravely a debt of enormous gratitude.  They forever will deserve, for they have more than earned, our respect. 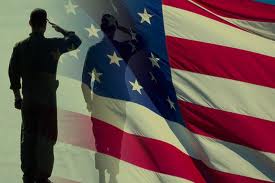 Arlie was one of the helicopter pilots who served his country during the War in View Nam.  He flew missions all over that country for four straight years.  In 1972, a flight physical detected a heart murmur… and Type II diabetes, caused by exposure to Agent Orange.

In 2002, he had his first open heart surgery.  Three months later he had an echocardiogram and it showed that the valve they had put in was leaking.  They had to re-open his chest and replace it.  Then in 2005, they put in a defibrillator, and his daily routine now includes taking 13 different prescription drugs.

Arlie’s heart condition and diabetes are 100% service connected disabled.  He also suffers from peripheral arterial damage on both side of his body, and neuropathy.

It’s not hard to imagine that Arlie missed a lot of work during those years of health problems, and even though his wife worked for the County of San Bernardino, by 2005 they were falling behind… and a few bills were getting paid late.

Luckily, they had owned their home for many years and since it appraised at that time for $510,000, they decided they’d refinance their loan for $375,000, using the money to pay off all of their debts.  And wasn’t it lucky that even though Arlie had a few late payments, Countrywide was happy to help Arlie into an adjustable rate loan starting at 9.3% APR.

Sure, he knew the rate sounded kind of high, but guess what Countrywide told him.  You can get this one easy… YES!  That’s right.  He could refinance to a lower fixed rate loan once he made maybe a year’s worth of payments on time.  It was now 2006.

In 2007, tragedy struck… Arlie’s wife passed away.  She had developed cancer, tumors in her heart.  Understandably, his daughter didn’t want him to be alone and she and her young children moved in to help take care of him.  They’re all still together living in the house today.  He didn’t say so, but talking to him I could feel how his daughter and her kids were keeping him young and filling the house with much joy.

So, in 2007, he tried to refinance his 9.3% ARM… but wouldn’t you know it… he had thought there was a one-year pre-payment penalty, but come to find out there was a two-year pre-payment penalty, which meant the loan would cost $13,000 to pay off early.  He decided to wait until the following year, which probably wouldn’t have been a big deal if the following year had been any year but… 2008.

He’s been trying to get Bank of America to modify his loan ever since… it will have been 35 months this January.

At one point, a couple of years ago… BofA offered him a trial modification that would have saved him $200 a month, but he said that, with his wife now gone, that wasn’t enough and he wanted to apply for the government program.  His BofA representative said that would be no problem… he could reapply… they were sending him another package to complete and re-submit.

That package was a long time coming, although every time he’d call Bank of America, someone would assure him that it was coming soon.  The BofA people told him how busy they were and that they would get to him as soon as they could.  But, month after month passed and no package arrived… until last July, more than two years since he had first applied to BofA to modify his loan.

Arlie jumped on it, provided everything the bank asked for, and he submitted it to Bank of America by the end of July 2011.  But then, at the beginning of August, there was a substitute trustee, an assignment of the Deed of Trust from MERS to BONY Mellon, and on August 5th… BofA recorded a Notice of Default.  (Wow… that was fast, Arlie must of thought.)

Arlie spent much of his career working in the title insurance industry, so he felt he could handle getting a loan modification, but now he saw that Bank of America was getting ready to foreclose and sell the house.  He called his assigned representative at the bank, Reuben Dunn, who is apparently located in my home town, Fullerton, California… how lucky is that?

Reuben has always said not to worry about that, because Arlie was in the process of applying for a loan modification. Arlie says he has never trusted his assurances, so as the months went by, he called the California Attorney General, who must have done something because he soon got a call from Suzanne at Bank of America, who was calling to talk to him about the bank’s in-house loan modification program.

Arlie was confused, so he asked if this meant that he had been turned down for the government’s HAMP program.  She replied that she had no idea that he had applied in the first place.  He explained that he had been trying for three years.  She said she would talk to her supervisor and get back to him this week… and today is Friday… and surprise, surprise… no call yet from Suzanne at Bank of America. 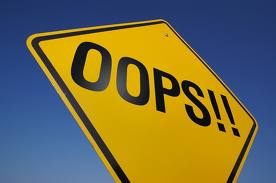 You see… although Reuben keeps saying that Arlie should not worry about Arlie’s house being sold, Arlie received a Notice of Trustee Sale on December 12, 2011… and it says his house will be sold on the courthouse steps on January 3, 2011.

That’s nice isn’t it?  After 34 months being jerked around, Bank of America sends Arlie a Notice of Trustee Sale right before Christmas, and it says the bank will be auctioning your home right after New Years.  Who does something like that?

Arlie Matthews is in his 70s.  He’s a disabled American veteran, whose disabilities are 100%, meaning that he qualifies for 100% disability payments.  His daughter and her kids have lived with him since 2007, the year he lost his wife.

He can’t move anything himself, he has no idea where he’d live.  He couldn’t afford another four bedroom home, he’s sure, so the move would likely break up their “family.”  I’m sorry, but I just can’t believe ANYONE in this country finds this situation even remotely acceptable.

This is either a horrible mistake, in which case it needs to be fixed and fixed fast… or it’s by design, in which case Bank of America is likely going to end up being sued for “elder abuse,” among other things.  To say nothing of what I’ll write about… hey, I wonder how many other disabled American vets we could get going on this?

SIDEBAR: Excuse me… Bank of America people… it’s me, Mandelman.  Listen, I’m sure you’ll be hearing from quite a few others on this, but I thought I’d just jump in here and mention that you had better not let Arlie’s sale date happen.  Because that would be so wrong for so many reasons, do I need to say anything else about that?

Okay, here’s the deal… someone should DO SOMETHING about this situation.  I personally received an email from Arlie yesterday, and I personally spoke with him for a couple of hours… and although I could never promise him anything… I want to promise him that this is wrong and won’t be allowed to happen, because in the country he fought for… this sort of thing just is not allowed.

Bank of America… stop torturing disabled American veterans, and stop torturing Arlie Matthews and I do mean immediately… and I also mean… or else.  He’s a brave and strong guy, but I know he’s got to be scared to death inside and I hate you for doing that to him… or anyone else for that matter.  He has a daughter and grandchildren.  And it’s Christmas.  And you already had 35 months to torture him…. And that’s enough.

What’s his name… oh yeah… Reuben… in case you’re reading this… I’ll be over to see you later today, since you’re apparently in Fullerton.   We can chat, but please don’t tell me not to worry about the date of Arlee’s trustee sale because I want to see it cancelled… period.  You can get his loan modified in January, if you need more time… but that trustee sale… cancel it now, please.

DOERS… DO IT ONE MORE TIME FOR ARLIE AND EMAIL BANK OF AMERICA’S CEO, BRIAN MOYNIHAN TODAY, OKAY.  We have a scared American hero here… and that’s not how we treat out heroes here, is it?  Tell Bryan how you feel about this, and let’s see if the bank will do the right thing.