Home  »  Republicans Want to Kill HAMP – Are they right or wrong?

Republicans Want to Kill HAMP – Are they right or wrong? 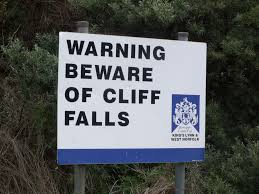 On December 4th last year, the Treasury Department announced that as part of the HAMP loan modification program, in the sixth year of making payments on a modified mortgage, homeowners will be receiving a principal reduction of $5,000.

The stated idea behind the additional principal reduction is to help homeowners build equity and handle potential financial trouble that could result from loan interest rates adjusting higher. Treasury says the extra assistance could cost $5 billion.

And Republicans are in an uproar over the idea.

According to an article in Bloomberg Business titled, ‚ÄúHomeowner Aid Prompting Republican Ire,‚Äù Representative Patrick McHenry, a Republican from North Carolina, said in an email, ‚ÄúHAMP has been a monumental failure. This is beyond the pale and further proof this disastrous program must be ended.‚Äù

Mark Calabria, director of financial regulation studies at the Cato Institute research group in Washington and a former senior staffer on the Senate Banking Committee said, ‚ÄúIf people still need this kind of help, five years down the road, then they are simply not in a home they can afford. The Republican leadership in Congress wants to end the program, and we‚Äôre way beyond the point where people could argue there‚Äôs a housing crisis.‚Äù

Douglas Holtz-Eakin, who was the chief economic policy adviser to U.S. Senator John McCain’s 2008 presidential campaign was quoted by Bloomberg as saying, ‚ÄúWith the stroke of a pen, Capitol Hill can redirect that money to other uses such as paying down the debt. This is not a program that meets its objectives, or even comes close to them.‚Äù

Okay, so the questions here would seem to be:

Are Republicans monumentally insensitive and inconceivably delusional, as their statements might lead many to conclude?

Or are Republicans right about HAMP?

I hate to say it, but it could very well be that Republicans are right, albeit not for the right reasons‚Ä¶ okay, not even close to the right reasons. But, it also occurs to me that it could also be another case of‚Ä¶ so what and who cares?

Frankly, I‚Äôm torn. As I started writing this, I didn’t¬Ýreally know where I stood.

Actually, that‚Äôs too harsh. HAMP has not been a total failure. It has modified well over a million mortgages sustainably (so far) and inspired several million in-house mods as well. Millions less than it was supposed to help or should have helped, and let‚Äôs not even talk about the nightmarish implementation, but not something accurately described as a ‚Äúfailure.

And we originally budgeted $75 billion for such foreclosure prevention programs, including HAMP. That number was later reduced to $50 billion, and finally has come to rest at $38.4 billion, all coming from the Troubled Asset Relief Program ‚Äì so 14.6 billion is only something like 38 percent of the amounts that were budgeted to come from TARP funds.

HAMP was cheap. In contrast, according to Bloomberg, TARP ‚Äúprovided $245 billion in bailouts for banks and other firms during the financial crisis.‚Äù

Dean Baker, co-director of the Center for Economic and Policy Research in Washington was quoted by Bloomberg as saying‚Ä¶

‚ÄúIt hardly seems to be the worst use of TARP money to help out some of these families who found themselves in a jam through no fault of their own. It‚Äôs just a fraction of the money that went to helping out the banks.‚Äù

There is also a very high likelihood that some significant number of early HAMP modifications will re-default because‚Ä¶ well, mostly because they weren‚Äôt modified in a sustainable way during the early years of HAMP.

So, should we do anything to mitigate that future damage to the housing market? It would seem that we should, but will this $5,000 principal reduction plan do what‚Äôs needed to prevent those future defaults? According to Treasury, the answer is yes‚Ä¶ but considering the department‚Äôs track record prognosticating, it‚Äôs something short of reassuring.

Tim Bowler, deputy assistant secretary for financial stability at Treasury had the following to say‚Ä¶

‚ÄúWe‚Äôre trying to be as aggressive and thoughtful as possible to prevent foreclosures and keep the housing market from taking a step backward as these loans reset. Two people lose when there‚Äôs a problem with someone paying a mortgage — the one suffering the financial hardship and the one living next door who sees home values drop from having a troubled property on the block.‚Äù

And thank you for that invaluable sliver of insight, Mr. Bowler.

It‚Äôs not. How do I know that? Oh, there are all sorts of ways.

First of all, there‚Äôs the comparison points‚Ä¶ in other words, what are we comparing today to, if you will. Because to say that foreclosures today are down as compared with six years ago is like comparing absolute chaos‚Ä¶ with chaos-lite. To tell someone who is at risk of foreclosure today that the storm they‚Äôre weathering isn‚Äôt Hurricane Katrina, isn‚Äôt likely to provide much solace.

It makes for a lovely soundbite, but it‚Äôs not great news for the other nine people on the bus‚Ä¶ they all still make $50k a year.

Well, national and even statewide averages for foreclosures are the same sort of thing. Nationally, we‚Äôre being told that only 20 percent of mortgages are underwater, but that‚Äôs not true in many places‚Ä¶. and it‚Äôs even worse when you stop to realize that breaking even on your home‚Äôs sale doesn‚Äôt help you get into your next home.

To do that you need to sell your home for at least 20 percent more than it‚Äôs worth‚Ä¶ and way more than 20 percent of homeowners can‚Äôt do that‚Ä¶ which is why you keep hearing about ‚Äúlow inventory.‚Äù Get it?

Another factor is socio-economic‚Ä¶ lower income neighborhoods were hit that much harder, and very little if anything has changed in those areas.

Jorge Newbery, CEO of American Home Preservation, a socially responsible hedge fund that purchases non-performing mortgages from banks and then provides sustainable solutions to keep families in their homes, sees the ongoing struggle to prevent foreclosure in lower income communities every day. I saw his article posted on Huffington Post a few days ago, so I called him to chat.

Jorge and I hadn‚Äôt spoken in a couple of years, but he laughed when I suggested that some are saying the ‚Äúcrisis‚Äù has ended. He doesn‚Äôt see it as having ended, and I wasn‚Äôt the least bit surprised because I don‚Äôt either.

Having written hundreds of articles about the foreclosure crisis over the last six years, I get quite a few emails from homeowners in trouble, and the number of homeowners writing in hasn‚Äôt gone down in any significant way. In other words, if the crisis were in fact over or ending‚Ä¶ I‚ÄôD KNOW.

Lastly, on this point, I‚Äôd just like to say‚Ä¶ why would it be over? What is it that would have ended it? It‚Äôs not something that‚Äôs going to end magically. Applying for a HAMP loan modification certainly has gotten better, but it‚Äôs not great by any stretch of the imagination.

I realize that politicians may be out of touch on this point, but I‚Äôm not and I‚Äôd be more than happy to show anyone who‚Äôs interested why I know that to be the case. And as far as the ‚Äúcrisis‚Äù only impacting lower income communities, last week I heard from homeowners with loans up to $2.6 million. 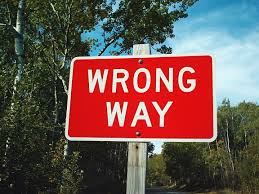 My BOTTOM-LINE on the Republican idea to END HAMP‚Ä¶

No one outside the Treasury Department is going to argue that HAMP is a great thing. And I can‚Äôt say (with a straight face) that giving homeowners in year five of a HAMP modification a $5,000 principal reduction is going to solve much of anything.

But, I also don‚Äôt think killing HAMP makes sense because I can‚Äôt see how doing so will help anyone or anything. I know we‚Äôve only spent a fraction of the amount budgeted for HAMP, but that‚Äôs not reason to end it‚Ä¶ that‚Äôs reason to fix it, or at least continue to try making it better.

The fundamental problems with HAMP are much the same as they‚Äôve always been‚Ä¶ 1) It‚Äôs hard for homeowners to know what exactly to submit it in terms of financial documentation, and 2) It simply takes too long to get an approval‚Ä¶ or denial, for that matter.

Far too often, a homeowner who hasn‚Äôt made a mortgage payment for several months applies for a loan modification and six month later they‚Äôre still ‚Äúin the process,‚Äù only now its been six more months so their balance is growing and as a result it‚Äôs getting harder to modify the loan. A year later, after replacing updated documents several times, they‚Äôre STILL ‚Äúin the process.‚Äù And that‚Äôs just ridiculous.

It‚Äôs especially hard for homeowners who are self-employed and/or have rental property because they have to submit Profit & Loss statements, both for their income and for their rental property‚Ä¶ and hardly anyone knows that because no one tells anyone that. Again‚Ä¶ it‚Äôs just way beyond ridiculous.

Fixing it would help millions of homeowners and the nation as a whole‚Ä¶ killing it would only make things that much worse. After six years of hell for homeowners and servicers, we‚Äôve finally made progress‚Ä¶ not enough, but progress nonetheless. Now is not the time to throw it all away. The crisis isn‚Äôt over and to think otherwise is‚Ä¶ well, it‚Äôs also ridiculous.

If you‚Äôre reading this and want to know what I think you should do to make sure the Republicans don‚Äôt succeed in killing HAMP, the answer is simple‚Ä¶ write to your elected representatives and tell them the crisis isn‚Äôt over and more is needed before we can put this bleak period in our history behind us.

Our housing market continues to be anemic at best. Inventories are low for a reason‚Ä¶ and it‚Äôs the same reason they‚Äôve been low for six years. And although the ‚Äúcrisis‚Äù has affected both rich and poor alike, the lower income and minority populations have been decimated and that continues to cause the gap between the haves and have nots to widen. And that‚Äôs not good for our society or our economy.

‚ÄúBecause 92 percent of African Americans’ wealth is derived from homeownership (compared to 67 percent for Latinos and 58 percent for Whites), according to a Hass Institute for a Fair and Inclusive Society Report, during the housing downturn African-Americans’ wealth dropped sharply. Fully 53 percent of African-American wealth has disappeared in the last seven years.‚Äù

That‚Äôs a real problem, and it‚Äôs indicative of a much larger one.

If you want to see it changed, get active and involved‚Ä¶ it doesn‚Äôt take long to write to your elected representatives in Congress, and unless they get your letter and letters from others, there‚Äôs a real risk that we‚Äôll be taking a step backwards, and no one should want that to happen.

As to my opinion of Treasury‚Äôs proposed $5,000 principal reduction after five years of a modification‚Ä¶ fine. If that‚Äôs what they want to do, then do it. I‚Äôm sure no one will even notice and it couldn‚Äôt hurt‚Ä¶ or help‚Ä¶ much.

Do you have a different view of this topic? ¬ÝOr are you currently struggling with a¬Ýloan modification. ¬Ý

Write to me at mandelman@mac.com.