Home  »  Court Rules Against the Robinson’s in Quiet Title Case  (You can’t file for quiet title and not invite MERS to the party.)

Court Rules Against the Robinson’s in Quiet Title Case  (You can’t file for quiet title and not invite MERS to the party.) 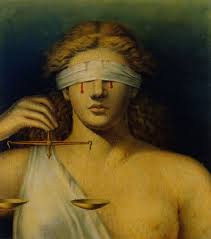 When we last bid adieu to our intrepid homeowners, Daniel and Darla Robinson (“And Here’s to You, Mr. & Mrs. Robinson – Will Quiet Title Hold Up in California?) MERS had suffered a largely procedural setback on top of a default judgment that could have led to the expunging of the Deed of Trust to the Robinson’s home and their title being quieted.  The couple had filed a “Motion for Judgment on the Pleadings,” and we were awaiting the judge’s decision. (Mortgage Electronic Registration Systems et al. v. Robinson et al.  Case No. CV 13-7142 PSG (ASx)

In case anyone’s memory requires a little refreshing, in January of 2012, the couple filed suit in the Los Angeles County Superior Court with the goal of quieting title to their property.

Now, when you file for quiet title the rule is that you have to give notice to everyone with an interest or “adverse claim” in the property.  After finding that now bankrupt, United Pacific Mortgage… their original Lender under the Deed of Trust… was the only recorded beneficiary, they simply named only that company as a defendant in their quiet title action.

They intentionally did not name MERS as a party to the suit, because for one thing, there was no recorded assignment to MERS on file at the county recorder, and besides that, as a “nominee,” or agent of United Pacific Mortgage, they reasoned that MERS would have no independent interest in the property and therefore would not require any notification of their suit.

Not surprisingly, United Pacific Mortgage failed to respond to the complaint or show up in court… bankrupt companies so rarely do either, as one would imagine… and the couple secured a default judgment for quiet title with an order expunging the Deed of Trust.  Defendants recorded the judgment in the Los Angeles County Recorder’s Office.

As both sides thought would be the case, United States District Judge in the Central District of California, The Honorable Philip S. Gutierrez found the matter to be one that he would rule on without additional oral argument and so his decision on the Robinson’s motion, which was very much like a motion to dismiss the case, was expected in a matter of days or weeks.

Further, the Robinson’s Deed of Trust also stated the following:

Borrower [i.e., Defendants] understands and agrees that MERS holds only legal title to the interests granted by Borrower in this Security Instrument, but, if necessary to comply with law or custom, MERS (as nominee for Lender and Lender’s successors and assigns) has the right: to exercise any or all of those interests, including, but not limited to, the right to foreclose and sell the Property; and to take any action required of Lender including, but not limited to, releasing and canceling this Security Instrument.

In ruling in favor of MERS, and denying the Robinson’s motion, the court recognized that MERS’ claims are ultimately based on their contention that, under California law, MERS was entitled to be named in the Robinson’s quiet title action.

The Robinsons, on the other hand continue to disagree, arguing that all claims made by MERS “must therefore necessarily fail.”  The couple also argues that the Court lacks subject matter jurisdiction, that MERS lacks standing, and that MERS may not prosecute this action in their own name as a “real party in interest.”

The Court, however, was very clear in stating the reasons it was NOT persuaded by any of those arguments after receiving additional briefing on the issue, and I’m going to paraphrase in order to simplify those reasons below for homeowners and others.

The Court ruled that YES… MERS was entitled to be named and therefore should have been notified of the Robinson’s quiet title action.  And you know why, right?  Come on… it’s really as much based in common sense as it is law.

“The purpose of a quiet title action is to determine ‘all conflicting claims to the property in controversy, and to decree to each such interest or estate therein as he may be entitled to.’”  Therefore, California law requires a quiet title plaintiff to name as defendants those persons “having adverse claims to the title of the plaintiff against which a determination is sought.”

As used in this context, “claim” includes “a legal or equitable right, title, estate, lien, or interest in property or cloud upon title.”

The court also noted that “claim” is intended in its broadest possible sense.  (Emphasis mine.)  So, the court reasoned that, “in addition to persons required to be named as defendants, a quiet title plaintiff may elect to include “all persons unknown” with adverse claims to the property.

And even so, the plaintiff filing for quiet title in California, must name those persons “having adverse claims that are of record or known to the plaintiff or reasonably apparent from an inspection of the property.”  Cal. Civ. Proc. Code § 762.060(b).

In this case it is undisputed that the Deed of Trust was recorded and known to the Robinsons when they filed their quiet title action.  The Deed of Trust identifies MERS as “the beneficiary under this Security Instrument,” and provides that “MERS (as nominee for Lender and Lender’s successors and assigns) has the right to . . . exercise any or all . . . interests” granted under the Deed of Trust, “including, but not limited to, the right to foreclose and sell the Property.” FAC ¶ 50; Exh. 1, p. 4.

And that’s true, right?  The Robinsons knew of MERS, they just chose not to recognize MERS as having any independent interest in the property, and therefore they didn’t need to notify MERS.

Or, let’s be honest about this… a more accurate way to describe what happened here, would be to say that the Robinsons didn’t want to notify MERS, because they wanted the default judgment that was likely to result from only naming their bankrupt original lender.  I understand perfectly… in fact, I find it a perfectly understandable strategy, but it is just that… a strategy.

They didn’t want to notify MERS, and their rationalized argument would be that they didn’t have to notify them.  In other words, they took a shot… but ultimately it was shot down.

The Court said it this way…

“Whatever the full scope of MERS’s rights and interests under the foregoing provisions, it can hardly be disputed that by those provisions MERS made some adverse “claim” against Defendants’ title.”

The Court also went on to revisit many of the California decisions, infamous among homeowners and foreclosure defense lawyers alike, that have regularly upheld MERS as being authorized to sell the subject property.

As found in the written decision…

In fact, when considering deeds of trust materially identical to the one at issue here, courts applying California law have regularly held that they authorize MERS to foreclose and sell the subject property.

Interestingly, the judge also reasoned that the Robinsons themselves even argue that by the provisions at issue, MERS “instantly clouds title.”  And therefore, these considerations were sufficient to satisfy the Court that, under the Deed of Trust, MERS held an adverse “claim” to the Robinson’s title.  (See Yulaeva, 2009 WL 2880393, at *9 (finding MERS held adverse claim to title under materially identical deed of trust).

Finally, because this claim was recorded and therefore known to the Robinsons, this Court ruled that they were required to name MERS as a defendant in the quiet title action.

And yes… Judge Gutierrez also pointed out some additional decisions that would have said a few things otherwise, but as found in the written decision, “in any event, this Court sees no need here to look beyond the California Supreme Court’s much more recent statement that the security interest granted under a deed of trust is “in practical effect . . . a lien on the property.” Monterey S. P. P’ship, 49 Cal. 3d at 460.

However, the judge pointed out that MERS’ right to be named as a defendant in the quiet title action does not turn on whether it was a “beneficiary” under the Deed of Trust. Rather, it turns on whether MERS had an adverse “claim,” and as discussed above, the Court concluded that MERS did hold such a claim.

The Court also pointed out that a second problem with the arguments being made by the Robinsons is that “one of the two cases they cite for support flatly rejects it.”

“There is nothing inconsistent in MERS’s being designated both as the beneficiary and as a nominee, i.e., agent, for the lender. The legal implication of the designation is that MERS may exercise the rights and obligations of a beneficiary of the deed of trust, a role ordinarily afforded the lender, but it will exercise those rights and obligations only as an agent for the lender, not for its own interests.

Other statements in the deed of trust regarding the role of MERS are consistent with this interpretation, and there is nothing ambiguous or unusual about the legal arrangement.”

HOWEVER… returning to the common sense part of deciding this issue, the judge basically said that excusing the Robinson’s failure to include MERS in the quiet title action on the grounds that the Robinsons dispute the validity of the interests asserted by MERS in the Deed of Trust… BECAUSE SETTLING SUCH DISPUTES IS EXACTLY THE POINT OF FILING A QUIET TITLKE ACTION.

The Court also addressed the remaining issues, such as “subject matter jurisdiction” by the Court, whether MERS has standing, and whether MERS is a “Real Party in Interest,” and although you’re certainly welcome to read the judge’s thoughts on those matters HERE, I see no percentage in my attempting to simplify anything… the sections addressing these claims are all short and to the point.

So, the bottom-line is… and just as can be found under the “Conclusion” heading of the written decision…

“For these reasons, the Court rejects (the Robinson’s) contention that they were not required to name (MERS) as defendants in the quiet title action…”

“Accordingly, (Robinson’s) motion for judgment on the pleadings is DENIED.”

So… three weeks ago when my article’s headline pertaining to this case asked the question, “Will Quiet Title Hold Up in California?”  We now have our answer, and make no mistake about it… it seems to be A VERY LOUD… NO.