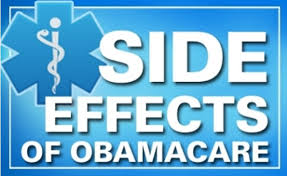 The Affordable Care Act, or as it‚Äôs now commonly called, ObamaCare, is changing how and what we all pay for health care.¬Ý And when I use the word, ‚Äúchanging,‚Äù what I mean is ‚Äúincreasing.‚Äù¬Ý

You see, when the Affordable Care Act says it‚Äôs ‚Äúaffordable,‚Äù it could be referring to the monthly premium cost of plans purchased on the exchange, the available subsidies, or perhaps its hoped for future result, but it is not referring to what it will cost you out of pocket today, should you become ill or get injured‚Ä¶ because there‚Äôs no question about it‚Ä¶ you and I are going to pay more out of our pockets going forward than ever before when we use our health plans.

And that‚Äôs a lot for most people.¬Ý It‚Äôs also a whole lot more than we‚Äôve had to pay out of our pockets for health care in the past.

So, yes‚Ä¶ ObamaCare has made health insurance available to millions of Americans that couldn‚Äôt afford it before the new law went into effect.¬Ý And yes, there are no more pre-existing conditions stopping people from getting coverage.¬Ý And there are many other positive developments that the Affordable Care Act has created.

But, that doesn‚Äôt change the fact that many of us are seeing our health plan premiums increase, or that all of us aren‚Äôt going to have to pay more out of pocket when we‚Äôre ill or injured and need medical care, because those are both facts of life under ObamaCare.

So, I‚Äôve found the answer.¬Ý Or, I should say, my wife found it.

This year, my wife and I became what people often refer to as ‚Äúempty nesters.‚Äù¬Ý Personally, I hate that term‚Ä¶ my daughter‚Äôs away at college, that‚Äôs all.¬Ý I don‚Äôt like thinking about our home as any sort of ‚Äúempty nest.‚Äù¬Ý But, regardless, with our daughter away much of the year, my wife decided that she wanted to return to the workforce, and so she went out and got a job.

To be entirely candid, I didn‚Äôt pay much attention to what she was doing, and after a week or two passed, she asked me over dinner at our favorite sushi restaurant if I even knew that she was working.¬Ý I replied that I knew she was going somewhere in the morning, but wasn‚Äôt entirely sure where… LOL. 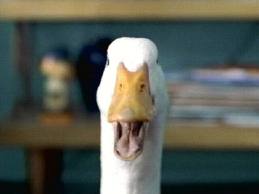 She explained that she had taken a position working for AFLAC‚Ä¶ you know‚Ä¶ the insurance company with the duck in its television commercials that quacks when it says, ‚ÄúAFLAC!‚Äù

Now, my wife has never had any sort of sales position before‚Ä¶ ever.¬Ý In fact, I would have bet that she wouldn‚Äôt have any sort of sales job her whole life, but out of nowhere she was explaining all of the reasons she loves AFLAC and why she decided to go to work there.¬Ý She was selling me on why Aflac was so great.

I said I thought that sounded great, and since she was still studying to get her insurance license, I told her I thought that was great too.¬Ý In truth, I didn‚Äôt think she‚Äôd actually make it very long in sales, so just in case, I told her about the many different opportunities there are in the insurance industry.

And then we changed the subject, and went back to eating our raw fish and rice.

As the months passed, I realized that I had been wrong‚Ä¶ she was really getting into the whole AFLAC thing.¬Ý She got her insurance license, and soon was telling me about how she was about to enroll her first small group‚Ä¶ and then it was another small group.¬Ý She was following the AFLAC training to the letter and succeeding‚Ä¶ and I was amazed.¬Ý It had to be really good for my wife to be willing and able to sell it, I thought.

So, I started to look into it‚Ä¶ AFLAC.¬Ý Now, I know a lot about health insurance and managed care plans, having worked in that industry for many years, but I knew nothing about AFLAC, except that they offered some sort of supplemental disability insurance coverage‚Ä¶ that was it.¬Ý So, I was surprised to learn that AFLAC also offered other plans, like a hospital plan, an accident plan, a dental plan, a cancer plan‚Ä¶ and a few others I can‚Äôt remember exactly at the moment.

I was learning about the AFLAC plans at right about the same time I was trying to figure out what ObamaCare was all about‚Ä¶ and one day, while I was listening to my wife explain the benefits of the AFLAC hospital plan, the two things collided and I said to her, ‚ÄúWait a second, I don‚Äôt think you‚Äôre explaining that the best way.¬Ý What about the impact of ObamaCare?‚Äù

She wasn‚Äôt sure how to answer that, and neither was I, but I started looking closely at what the AFLAC hospital plan would provide and then I called a few friends in the health insurance industry to run my thoughts by them‚Ä¶ I had to make sure what I was thinking was right.

And it was.¬Ý The fact is that when a company with at least three employees offers AFLAC to its workforce, the employees can enroll in the AFLAC hospital plan, which¬Ýfor very little money (and by ‚Äúvery little‚Äù I‚Äôm talking about between $5 and $15 a week in California),¬Ýwould pick up something like HALF of the out-of-pocket maximum under the new ObamaCare limits of $6,350 for an individual, should the employee be hospitalized.

So, think about that for a minute.¬Ý Let‚Äôs say your health insurance premium is $800 a month.¬Ý If you end up in the hospital, chances are you‚Äôre going to be responsible for paying $6,350 of the bill.¬Ý But, if you had AFLAC‚Äôs Hospital Advantage Plan, which would only cost you let‚Äôs say $50 a month and maybe less, AFLAC would be sending you a check for roughly half that amount… and potentially more.

It doesn’t cost companies a nickel to offer AFLAC to its employees… and all you need are three employees to qualify as an employer group. ¬ÝNot only that, but the employees can pay their premium payments with pre-tax dollars, which saves them even more, while the company saves on payroll taxes.

Then there’s AFLAC’s Cancer Plan, which can be purchased as an individual or offered by a company. ¬ÝIt’s what I would consider cheap, as far as the monthly premiums go, and should you be diagnosed with prostate cancer, as in the example below, AFLAC would be sending you a check for roughly $7,760.

Maybe you‚Äôd use that money to pay your deductible, or maybe you‚Äôve already met your deductible that year and you‚Äôd need it to cover your mortgage payment that month.¬Ý It‚Äôs up to you how you spend the money you get from AFLAC.

Here are three simplified examples that my wife put together for me‚Ä¶ of course, rates and plans vary, but this should give you the general idea.

Male Age 45 has a heart attack, which requires:

Other services such as ambulance, physician visits, Angioplasty Surgery & Meds = $16,000

Estimated total cost of heart attack in this example = $26,000

30% hospital co-pay after deductible is met.

AFLAC Hospital Preferred Plan Could be Expected to Pay:

In that example, AFLAC WOULD COVER APPROXIMATELY 42% OF YOUR BILL.**

Female age 30 has an auto accident, which results in a broken leg, which requires:

30% hospital co-pay after deductible is met.

In this example, AFLAC WOULD COVER APPROXIMATLELY 52% OF YOUR BILL**

OKAY, SO HERE’S WHAT I THINK…¬Ý

Over 50 Million people worldwide have AFLAC coverage. And AFLAC pays claims fast, like in a few days.

You can buy an AFLAC plan as an individual or as a company.¬Ý The minimum size to be a group plan is only three employees, and group plans mean lower premiums. ¬ÝAnd if you‚Äôre a small or larger business, offering AFLAC to your employees costs you nothing.¬Ý It‚Äôs a voluntary benefit plan, so your employees decide whether they want it or not. ¬ÝYou just set up the payroll deduction, and many plans are tax-deductible for both employees and employers.

But, think about it‚Ä¶ if your employee ends up with a large hospital bill, how will they be at work as a result?¬Ý Wouldn‚Äôt they be that much better if they received a check for half of it?¬Ý I‚Äôve been an employer for 20 years and I can tell you the answer is yes.¬Ý And with out of pocket costs higher than ever before, shouldn‚Äôt you consider something that puts money into your pocket?

‚ÄúThough reform will have an impact on every American household, startling enough, most are not prepared for what lies ahead. Though it may not be keeping workers up at night yet, new research shows most don’t understand reform and many fear they’ll suddenly wake up and not be protected when it comes to benefits.‚Äù

‚ÄúAs companies consider changes to their benefit plans, and compliance with health care reform legislation, they should carefully consider the potential negative impact on employee productivity, engagement and job satisfaction metrics of simply shifting expenses to their workers.‚Äù

If you want more information about any of AFLAC‚Äôs plans, you can visit AFLAC.com, and of course, contact my wife, Stacey Andelman at:

If she can help you‚Ä¶ great.¬Ý But if she can‚Äôt, at least she can get you to someone who can.

AFLAC has been around a long time, but its value to millions of American is as new as ObamaCare.¬Ý Now that we‚Äôre all going to have to pay more out of pocket, I urge most everyone to consider supplemental coverage through AFLAC before you end up with a much larger bill for medical care than you expected.

Health insurance is something you purchase hoping you won‚Äôt have to use it.¬Ý But if you do, it becomes the best thing you‚Äôve ever bought.