Home  »  U.S. Fifth Circuit Court of Appeals Rules Foreclosing in Texas Without the Note is Okay

U.S. Fifth Circuit Court of Appeals Rules Foreclosing in Texas Without the Note is Okay 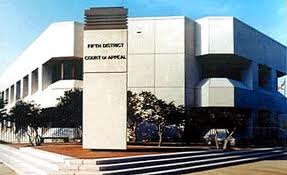 The U.S. Fifth Circuit Court of Appeals has ruled in the case, Martins v. BAC Home Loan Servicing, that servicers foreclosing in Texas are NOT required to be in possession of the promissory note.Â  In a nutshell, the high court ruled that the homeownerâ€™s “show-me-the-note” and “split-the-note” arguments did not preclude foreclosure under Texas law.

As I understand it from talking with Texas foreclosure defense and bankruptcy attorney Gary Armstrong, of Armstrong Kellett Bartholow PC, the decision, coming from the 5th Circuit Court of appeals will be used throughout Texas as a legal precedent in federal courts, but will also likely be highly influential in Texas state courts as well.

So, the bottom-line is these arguments about how use of the MERS system resulted in splitting the note and creating multiple assignments and then the servicer failing to produce the note in order to foreclose will not fly in Texas.Â  (You’ll find a copy of the actual decision by the court below.)

Armstrong explained the same thing countless other foreclosure defense lawyers have explained… that the servicers will almost always try to have whatever the case is, moved into federal court, so now if thatâ€™s successful, thereâ€™s an appeals court decision that will be used to decide the case assuming itâ€™s brought on the same grounds.Â  Because this is said to be an often used basis upon which Texas homeowners attempt to challenge foreclosure, this decision could have a widespread effect.

Specifically, the Fifth Circuit held that the split-the-note theory, “is inapplicable under Texas law where the foreclosing party is a mortgage servicer and the mortgage has been properly assigned,” adding that, “the party to foreclose need not possess the note itself.”

The high courtâ€™s decision also clarified whether servicers are to be expected to produce the original note when trying to foreclose, holding that production of the “original note” is not required in Texas… as long as the servicer files a photocopy of the promissory note along with a supporting affidavit.

Although certainly not a favorable decision for Texas homeowners fighting foreclosure, the decision did not surprise many of the lawyers representing homeowners in the state.Â  Armstrong says, â€śWeâ€™ve continued to see very bank and servicer friendly courts in Texas, so this decision wasnâ€™t unexpected and wonâ€™t change any of our cases currently before the courts here.â€ť

â€śMost of these arguments are being brought by homeowners representing themselves,â€ť Armstrong continued, â€śso at least now theyâ€™ll know going in what arguments arenâ€™t going to prevail.Â  There are arguments that can be brought to challenge foreclosures, but none are as simple as saying they didnâ€™t bring the note so they canâ€™t foreclose.Â  Itâ€™s a lot more work than that to stop foreclosure in this, and I think most other states as well, and I think homeowners both need to know that… and can benefit from knowing what theyâ€™re up against.â€ť

To be blunt, Iâ€™ve never spoken with a lawyer who represents homeowners in foreclosure cases that said it was anywhere near easy, cheap, quick or certain.Â  To the contrary, the lawyers Iâ€™ve interviewed all it is clear that fighting foreclosure, whether in Texas or elsewhere, is always the opposite of those things meaning itâ€™s always difficult, costly, time consuming and most lose.

That doesnâ€™t mean donâ€™t fight… it means be prepared for the fight in every way possible.Â  Consult with more than one lawyer and make sure you explore every possible argument and whether it might apply to the specific facts of your case.

In Texas, contact my trusted attorneys…
(Thad is a fellow graduate of Max Gardner’s Boot Camp and someone I consider a friend.)Â

Or if they can’t help, try contacting…