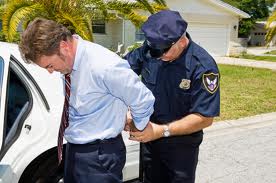 Four years ago, it felt like you could literally find a loan modification scam on pretty much any corner in America‚Ä¶ at least in the states hit hard by the foreclosure crisis.¬Ý And even though you weren‚Äôt trying to find them, chances are they were trying hard to find you.

Well, since then the FTC‚Äôs MARS Rule has made it more difficult for non-attorneys to offer assistance with loan modifications because unless you‚Äôre a lawyer, you can‚Äôt accept any money until you‚Äôve obtained a loan modification for your client, and that can take who knows how long.¬Ý (Attorneys, under certain conditions, are permitted to accept retainers in advance as long as the amounts are deposited in their trust accounts, and only withdrawn as earned.) ¬Ý

The MARS Rule has been a success in the sense that it has provided the FTC, FBI, and state law enforcement officials with a clear path to shutting down and prosecuting loan modification and other types of mortgage assistance scams.¬Ý And recent announcements by U.S Attorney General Eric Holder, warn that going forward the efforts to eliminate foreclosure rescue scams are only intensifying.

And all I can say is‚Ä¶ thank the Lord and Godspeed.

The MARS Rule, however, in other ways is a double edged sword, because while it has caused many to get out of the business, and allowed law enforcement to go after others more efficiently and effectively, it has had another effect that‚Äôs not good for homeowners at risk of foreclosure.¬Ý It‚Äôs made scammers harder to identify because now they come in a variety of flavors besides just good old loan modification.

Today, scams are not just for loan modifications anymore, so if you‚Äôre stressed out over your mortgage, you really have to stay on your toes or there‚Äôs a very god chance you‚Äôll end up getting ripped off for a few grand at least.¬Ý And if you‚Äôre at risk of foreclosure, that‚Äôs just about the last thing you need to have happen right now.

MARS, like any law, will never stop scammers.¬Ý These are individuals that don‚Äôt care about what the laws say, which is why they‚Äôre called scammers.

Here are excerpts that show the instructions from a fraud perpetrator who targeted distressed homeowner to a new employee.¬Ý It‚Äôs from the FBI Website, and it‚Äôs real.

‚ÄúMake an effort to not meet with customers. I built a huge business without ever meeting a single customer because I explained everything over the phone and e-mailed or faxed everything.‚Äù

‚ÄúPurchase a prepaid phone and then go online and create an account with an alias name and address.‚Äù

‚ÄúPurchase an inexpensive laptop and set up a fictitious e-mail account.‚Äù

‚ÄúDo not use your home Internet. I heard that [company name] is offering wireless cards for laptops and you don‚Äôt need your real name or address to get it. You can also find out who has free Wi-Fi in your area.‚Äù

‚ÄúThe bottom line is that I want you to become invisible‚Ä¶ Be available but invisible‚Ä¶ I don‚Äôt want your customers hunting you down in case we can‚Äôt stop their sales.‚Äù

Since MARS went into effect a couple years back, the scammers have morphed into all sorts of companies with names that sound official and very safe, but are just wolves in sheep‚Äôs clothing, as my mother used to say.

To stay under the radar, many don‚Äôt mention modifying loans‚Ä¶ instead they‚Äôve come up with very clever ways to sound as if they are safe, important and dedicated to helping homeowners.

There‚Äôs the forensic loan audit company, the securitization audit firm‚Ä¶ there‚Äôs the we‚Äôll-buy-your-home-and‚Äìrent-it-back-to-you scam, and the sue-your-bank-for-five grand litigation scam, and as of this past year, as a result of the robo-signing scandal, there are a variety of scams that will tell you your title is clouded‚Ä¶ and there‚Äôs fraud in your loan because it‚Äôs been robo-signed or that MERS wasn‚Äôt allowed to foreclose‚Ä¶ or insurance paid off your loan three times‚Ä¶ and you need to file for quiet title because no one owns your loan and that way you‚Äôll own your home fee and clear.

So, just because the caller doesn‚Äôt mention a loan modification, doesn‚Äôt mean it‚Äôs safe.¬Ý People getting ripped off today, are finding the scammers harder to spot, and don‚Äôt kid yourself‚Ä¶ it can happen to anyone.¬Ý But, as long as you stay calm, think carefully about what you‚Äôre being told or reading on a Website, and follow a few rules‚Ä¶ you‚Äôll be able to avoid falling for even the most clever and well-orchestrated fraudulent schemes.

First, let me state the obvious‚Ä¶ you don‚Äôt need to pay anyone to apply for a loan modification.¬Ý You can contact your servicer directly, or you can contact a HUD approved counseling agency. For more information, call 1-888-995-HOPE or go to www.makinghomeaffordable.gov.

I know what you‚Äôre thinking‚Ä¶ thank you mister foreclosure genius.¬Ý We know we can call our servicer directly, and if that worked for us we wouldn‚Äôt be reading this in the first place.¬Ý Okay then‚Ä¶ fair enough.¬Ý ¬ÝYou want to hire a lawyer to help you.¬Ý Assuming you‚Äôre anywhere but California, you‚Äôre still allowed to do so.¬Ý And in fact, I‚Äôd probably do the same thing.

Why would I hire a lawyer?¬Ý Well, for one thing, I‚Äôm just generally scared of my bank.¬Ý Okay, not really‚Ä¶ scared isn‚Äôt the right word, but I‚Äôm just not likely to call them when I‚Äôm late on a payment‚Ä¶ I don‚Äôt know why, it‚Äôs just me.¬Ý The other thing is‚Ä¶ I‚Äôll get too mad at them to if they say something rude or stupid.¬Ý Then I‚Äôll start having dreams of killing them all, and stuff like that, so it‚Äôs just better that I have someone who knows what they‚Äôre doing get in the middle and try to work something out.¬Ý I know me, and it‚Äôs just better for all involved. 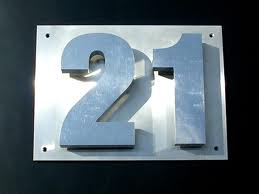 21 Tips to Keep You Safe From Fraudsters‚Ä¶

So, if you‚Äôve decided that you want some professional help, here are my tips for staying away from the many different flavors of ethically challenged operators that prey on homeowners at risk of losing their homes‚Ä¶

Because I hear from homeowners all over the country every month, I always have a pretty good feel for what‚Äôs going on, and for the past year, I‚Äôve felt strongly that the number of foreclosure-related scammers was increasing.

Admittedly, all I had was anecdotal evidence, but it seemed clear to me that ever since the robo-signing scandal told the country there was fraud and forgery involved in foreclosures, the dynamics of the crisis changed.

Almost overnight, companies selling forensic loan audits began popping up everywhere, now offering to help homeowners identify the fraud in their loans.¬Ý Securitization audits proliferated as well as did various litigation related schemes.¬Ý It was no longer as simple as companies offering to help modifying loans, now it was about empowering others to demand adherence to the rule of law.

Homeowners contacting me started telling me of their plans to fight their banks in court on the basis of these audits, legal theories, and other products and services of highly questionable value.¬Ý It seemed to me that as their numbers grew, so did their anger and scammers were there to take advantage of their rage.

To be entirely candid, I‚Äôve felt helpless.¬Ý It didn‚Äôt matter what I‚Äôd tell someone, they didn‚Äôt believe me‚Ä¶ they wanted to believe something else regardless of whether it was true or not.¬Ý And even today, it‚Äôs one of my greatest concerns about this crisis going forward, because we certainly don‚Äôt need what is already a terrible situation to be made worse.

But, this week announcements by U.S. Attorney General, the FBI and FTC of the results of their efforts this past year to stop foreclosure-fraudsters. ¬Ý In October of 2011, the FBI joined with the Department of Justice, the Department of Housing and Urban Development, and the Federal Trade Commission (FTC)¬Ýto form the Distressed Homeowner Initiative.

Using the combined resources of federal, state and local law enforcement, the initiative targeted perpetrators both criminally and civilly, and led to 285 federal criminal indictments and another 110 federal civil cases, and¬Ýcriminal charges were filed against 530¬Ýdefendants. ¬Ý These cases cost 73,000 victims across the country more than $1 billion.

These cases, brought over the past year, included ‚Äúforeclosure rescue schemes‚Äù that take advantage of those who have fallen behind on payments.

The Financial Crimes Enforcement Network (FinCEN), as part of its latest Mortgage Loan Fraud Update, has announced that during the first half of this year, 2360 Suspicious Activity Reports (SARs) specifically related to foreclosure rescue scams were filed by financial institutions.¬Ý While in 2011, the total for the entire year was 2,782.

Not only are the Feds pledging to continue pursuing those that would defraud homeowners in distress, but individual states are getting active as well.

The State of Washington‚Äôs Division of Financial Institutions recently filed charges against 40 companies accused of failing to be licensed to operate in Washington and misleading homeowners at risk of foreclosure.¬Ý The companies are not all based in Washington, some are located around the country, with 17 in California and 10 in Florida.

Well, its about time. ¬Ý