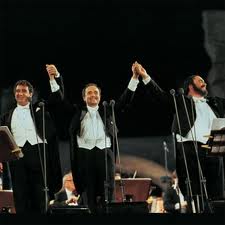 Yesterday, the New York Times reported that in a single hour three central banks… one in Europe… one in the UK, and one in China all unexpectedly announced policy changes. China’s central bank cut regulated bank lending rates… it was the second cut in a month.  The Bank of England said it would increase its government bond purchases by 15 percent.  And in the EU, the central bank cut its benchmark interest rate by 0.75 percent, taking it down to the lowest its ever been.

So, our fearless Federal Reserve Chair, Ben Bernanke now has central bankers doing that thing he does so well… dropping rates to the floor, quantitatively easing and soon, I’m betting, even some twisting too!

In case you don’t recall, Operation Twist, as it’s called, means this time around Bernanke’s Fed will sell $267 billion worth of shorter-term securities and buy the same amount of longer-term debt.  The idea is to reduce borrowing costs, which somehow in Bernanke’s panic-stricken mind is going to juice the economy… this time?  (Last time was over $400 billion, if I remember correctly, and that certainly did rock my world, how about yours?)

Oh, I don’t know… don’t even ask… you don’t really need to understand it… supposedly it will reduce long-term interest rates, which should encourage some investment using longer term financing… get it?  The man’s completely insane.  There’s only one thing I can think of to do…

Let’s Do the Twist!

(With apologies to Chubby Checker.)

Come on baby… let’s do the twist.

Come on baby… let’s do the twist.

Don’t matter what you do, deflation persists.

The point you’ve missed, and so you twist.

My daddy’s not working… and neither is my mom.

Is that Geithner smirking?  Did he just recite a psalm?

Oooh yeah, you wouldn’t be missed.

You can’t resist, and so you twist.

‘Cause it’s not really living… to just subsist.

You should stop ‘cause it’s not working.  I’ll send a cease and desist.

It’s your idea, that can’t be dismissed.

We know we’re getting screwed, but not getting kissed.

And you know why they’re doing it, right?  As the NYT story said…

“… aiming at the same basic goal that they have tried to hit repeatedly over the last six years: encouraging people and businesses to borrow and spend and take greater risks with their investments.”

Well, that’s certainly understandable.  I mean, it’s like I always say… if you try something for six years and it doesn’t work, you might as well go ahead and try for seven.

The NYT also described the moves as, “the latest round of modest measures,” which is exactly right.  You see, the problem here, don’t you?  None of our politicians have any cojones.  They are entirely incapable of doing anything bold, so all they can do is whatever everyone is reasonable okay with… regardless of whether it has any chance at all of working.

Predictably, analysts were underwhelmed.  One was anonymously quoted as having said it was, “helpful around the edges,” but my favorite analyst quote from the Times’ story by far was…

Of course, the problem is… that it DOES HURT… or rather, it is hurting and it’s hurting many people a whole lot. 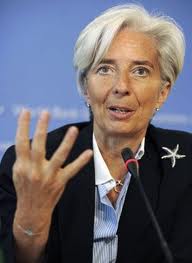 Last week, Christine Legarde, who’s heading up the International Monetary Fund (“IMF”) had to come over here and basically smack us with a rolled up newspaper.  She said the IMF was cutting their growth targets for the U.S. down to two percent, and that we should stop talking about cutting spending and get the U.S. economy going NOW.

I kind of thought she sounded like she was scolding Geithner, Bernanke and Obama personally, and well… obviously, someone had to do it.  Bernanke and the FOMC said, just about 10 days ago that they’re doing this new round of twisting because…

“Growth in employment has slowed in recent months, and the unemployment rate remains elevated.”

And so, just like clockwork, if you check the headlines for tomorrow or maybe Monday at the latest, they’ll all be saying that the jobs picture is improving at a faster pace than economists expected and how this shows the economy is recovering… so yay!

It’s just surreal, isn’t it?  I’ve found that if you just close your eyes and hum a tune you fancy and it doesn’t hurt so much.

The NYT story also mentioned that Bernanke and other central bankers have been trying to shift some of the burden for fixing the economy to elected officials, but the politicians aren’t having any of that.  Do they look stupid?  I mean, all of them?

“The Fed’s chairman, Ben S. Bernanke, and his European counterparts have tried repeatedly to shift the burden of economic policy making to elected officials, urging them to bolster short-term growth by addressing long-term problems like the level of public debt and the cost of social programs. But countries have made little progress on those issues, and Thursday was the latest in a lengthening series of moments in which the central bankers blinked, sighed and put just a little more sugar in the bowl.”

Oh, goodie!  I love sugar in the bowl.

It wasn’t much sugar, though.  The EU’s central banker announced a reduction in rates from 1 percent to 0.75 percent, so come on job creators… start your engines and start creating those jobs.

The UK went a different route with their quantitative easing.  That’s when the central bank buys the government’s bonds… and no, “Quantitative Easing” is not a Marvin Gaye song.  And no, there’s one song per article, so that one will have to wait.

The Chinese lowered rates, but didn’t feel the need to offer any sort of explanation.  They probably figured our guys wouldn’t have understood it anyway.

And the NYT’s story wrapped up with the following quote from Nick Chamie, an economist at RBC Dominion Securities…

“This aggressive policy action reflects, in our view, a deepening concern by policy makers that the economy has yet to find a bottom.”

Oh, well maybe someone should put in a call to that guy and let him know that he should send those policy makers over here because according to much of our media, we’ve long since hit bottom and are practically having a boom over here.

I think this is an appropriate moment for my favorite Russian proverb… I mean prayer.

The tavern is far, but we will walk carefully.