Home  »  Bank sues itself, wins, and then forces itself into bankruptcy to satisfy judgment

Bank sues itself, wins, and then forces itself into bankruptcy to satisfy judgment 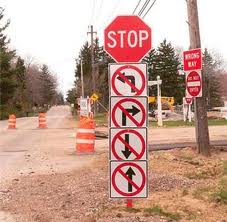 During the mortgage madness of 2003 ā 2006, banks wore many hats related to the complex derivatives and mortgage-backed securities being packaged and sold to investors all over the world.Ā  Then, the meltdown forced many mortgage originators into bankruptcy and saw numerous financial institutions become insolvent.Ā  When the surviving banks acquired the various assets of the fallenā¦ it became difficult or in some cases near impossible to ascertain from where certain risks might come.

Of course, the banking lobby has successfully resisted efforts aimed at breaking them up into more manageable entities, less capable of causing systemic damage to the global financial system.Ā  The industryās position seems to be that every thing is just fine.Ā  Goldstein Suchās CEO, Lord Blankcheck, speaking at the dedication ceremony of the American Securitization Memorial, had the following to sayā¦

āThe size of our financial institutions is not the problem.Ā  Just because in some instances I have not been aware that we created a market in which we took a significant position and then on another floor were aggressively shorting that position, should not be a cause for concern.Ā  Remember, when that happened last year, we were able to unload our position as soon as we discovered it, and it was the Germans who ultimately took the hit.Ā  Thatās what we mean when we say our systems are both agile and resilient.ā

Critics, however, point to a recent case involving HPMagnum Chaste who, after acquiring the assets of Snare Burns and Punxsutawney Federal, buying some of the default servicing rights of Hemann Bros., the trustee division of Bakeleyās, a pool of loans once owned by World Slavings that had been originated by Dog Beach Mortgage before being sold to Dowdy Savings & Moan, which was later acquired by USA Bunko, and then buying Credit Default Swap counterparty positions once owned by Goldstein Suchs, but used as collateral for repo agreements involved in the hedging of assets tied to the commercial paper markets, until in 2008, the globalĀ  financial behemoth began to arbitrage by becoming the bond holder and master servicer of a sub-set of loans that had been originated by Countrywide before BofA sold put options and preference shares to Morgan Stanley under an agreement whose terms may not be disclosed.

Apparently, Citibank was serving as trustee for the mezzanine tranches of some of the loans, and was the investor in the AA- 2-year CDO squared, but says the bank hired Wells Fargo to short AIG in order to protect itself from volatility in the asset-backed commercial paper market and the possibility of margin calls resulting from exposure to default by Greece, if it occurred in the third quarter of 2011, but through leveraging inverse interest rate swaps against bonds offered by Wachovia, through Merrill Lynch as trustee, IndyMac ended up as custodian, and servicer, with Deutsche as depositor.

In a bizarre twist of fate, when a homeowner is Shitsburgh, Tennessee lost his job at the local crayon manufacturing plant, and failed to make three months of mortgage payments, the entire structure unwound like a spring load bear trap, causing Moodyās to downgrade the country of Luxembourg from AA- to BB+, which forced MBIA to file for bankruptcy protection, and one of Ā Jamie Dimonās vacation homes to be sold at a trustee sale.

Goldman Sachs, however, says that it will record an $11 billion profit from the compound transaction although a spokesperson from the investment bank says the firms is not yet exactly sure why.Ā  āWe know itās a gain,ā said Mimi Guffaw, a partner in charge of Goldmanās Double-barreled Default Anticipation Yield desk, known as D-DAY.Ā  āItās always a gain. We just canāt put our finger on precisely where itās coming from.ā

The Tennessee homeowner says that the whole thing started when his bank called him to tell him that he qualified and should apply for a loan modification.Ā  He tried to explain that he had just bought the home a couple months back and had paid cash, but the Citibank representative said that it didnāt matter he would be receiving a Notice of Default later that month if he didnāt apply, or agree to pay 14 years of back taxes on the adjoining lot owned by a Danish concern.

In a related story, Bloomberg News is reporting that senior partners from cordovan loafer law firm, Mammoth, Pervasive & Bland LMNOP will testify in front of Senators Shelby and Bachus, along with several other members of the powerful Senate Banking Committee.Ā  The two partners, Godim Pervasive and Arenti Bland told the senators that the new regulations imposed under Doss Frank requiring banks to keep track of their capital positions and disclose derivatives that leverage defaulting sinking funds with option-adjusted durations, are far too onerous and if not repealed, will make our nation as a whole unable to compete globally and deprive hundreds of thousands of retired rail workers of their dental plans.

Heinreich Svenerrrson Bjork-Hadern, Assistant Monday Morning economist for the International Literary Fund said they are studying the problem carefully, but at this point all they could say with certainly is that either Spain is on much more solid financial footing than previously assumed, or Canada has unexpectedly just gone into default, causing firefighters in Muncie, Indiana to ask AIG for $4 billion in collateral and leaving U.S. taxpayers to pick up the tab.

President Oblabla held a press conference to try and calm global currency markets by introducing the head of his new Global Asset and Confounded Equity Derivatives Exposure Security Task Force, known as GAACEDESTF.Ā  No one noticed, however, and the president went to play golf with Herman Cain. 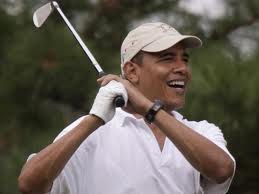 The Treasury Department is trying to unravel the global conflagration taking place in the over-the-weekend debt markets, which nobody had ever heard of, but apparently are crucial to keeping the power grid functioning in the mid-Atlantic states.Ā  Former SIGTARP Neil Barofsky has promised to try to figure things out, but again suggested that in the future Ben Bernanke refrain from accepting baseball card collections as collateral for loans made by the Federal Reserve, that the too-big-to-fail banks not be allowed to do more than three or four things at a time, and that leverage of 200,000 to 6 is taking things a bit far.

Bernanke says he doesnāt see the problem, noting that the Fed didnāt actually take possession of the baseball cards in question; rather it created a new form of security that is being called a āPromise to Insure Structure and Securitize.āĀ  Bernanke claims that by accepting PISS as collateral, the Fed is protected from fluctuations in the commodities markets that might otherwise lead to hyperinflation once oil prices have collapsed and the ongoing deflationary spiral has stalled.

āIf something goes wrong, we wonāt have the exposure that we might have had were we to be holding the actual cards, Bernanke explained.Ā  Under this structure, no matter what happens, all weāll have as collateral for the loans is the PISS.ā

Bernanke closed by saying that he thinks the U.S economy remains strong, even though the reverse opportunity swaps now secured by the Social Security Trust Account will like cause the Singapore Sovereign Wealth Fund to foreclose on The second and third floors of The White House sometime this summer.

Clearly, the obfuscation of information conveyance from financial institutes to the end consumer is a paradigm best explained by specialist terminology synergizing with superfluously convoluted modes of communication.

So, why did I write this?Ā  Because it makes just as much sense as everything else thatās going on in this country, and at least it made me smile.