Mandelman on The News Dissector Radio Show with Danny Schechter 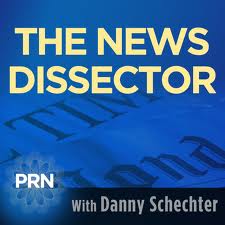 Listen to the Podcast of last weekâ€™s News Dissector Radio Hour on PRN.fm

and Laura from Occupy Wall Street

Danny Schechter is an Emmy award winning journalist, television producer and independent filmmaker who also writes, blogs and speaks about media issues. Â His latest film isÂ PLUNDER The Crime Of Our Time. He’s also become a friend and I’ve appeared on his weekly radio show a couple of times in the past. Â This time, however, I was on with a couple of people that have been in the media spotlight lately as a result of their involvement with Occupy Wall Street, or if you’re hip and in-the-know, OWS.

So… if you’re interested in what I had to say, click the play button below and you’ll be listening to The News Dissector… Danny Schechter… on PRN… the Progressive Radio Network.