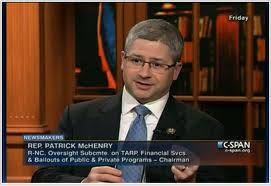 I have to say something about what’s going on in Congress these days, because it’s repulsive on an entirely new scale, and that’s saying something for our politicians.

As you’ve probably already heard, at a hearing of the House Oversight Committee yesterday, chaired by Rep. Patrick McHenry (R-NC), the House GOP showed themselves for what they are: paid for lackeys for the banking industry, nothing more.

McHenry, for example, the jackass that accused Professor Warren of “lying,” when he tried to hold her over the agreed to time for her testimony, spent the entire time trying to make her and the CFPB look bad. Ā Even before the hearing, McHenry went on CNBC and accused Warren of “lying” to congress, saying that she had misrepresented her role in advising the state attorneys general who are seeking a multi-billion dollar settlement with the country’s largest mortgage servicers.

McHenry pointed to a leaked internal document, prepared by the CFPB that presented the AGs with different settlement scenarios, which he said went beyond the giving of “advice,” as she had told congress she would be doing at her last visit to Capitol Hill. 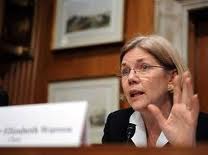 In March, Professor Warren had readily admitted that the CFPB, at the request of the Treasury Department, had provided such advice. Ā At yesterday’s hearing, she said: āWeāve given advice when asked for advice.” Ā And from there, the elected morons in the House started debating the meaning of the word “advice,” with the large television screens in the hearing room showing the Merriam-Webster definition: to give [someone] a recommendation about what should be done.

Now, I don’t care what your views are about politics…this is just plain STUPID and McHenry looked like what he obviously is… a pantload.

How can anyone vote for this guy? Ā The State of North Carolina would be better off just leaving his congressional seat empty.

It’s hard for me to imagine, but the Republicans have accomplished something I would not have thought even remotely possible… they have made me grateful for President Barack Obama. 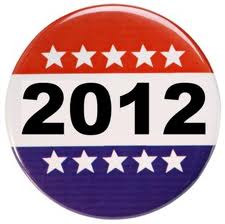 Considering that I have never been so disappointed in a president in my lifetime, so much so that I cannot bring myself to watch his speeches, or even think about his inattention to the foreclosure crisis, it’s truly striking to think that I am thankful that he is in office and that he is certain to win again in 2012. Ā It’s truly an unbelievable condition.

How can ANYONE support today’s Republicans in the House of Representatives or United States Senate? Ā How can they think anyone will after seeing their behavior related to the Consumer Financial Protection Bureau (“CFPB”)?

The only possibility I can come up with is that they’re just totally sure that their constituents aren’t paying any attention at all to what they’re doing. Ā What else could it be? Ā I mean, they might as well be caught on camera dining and dancing at a lavish affair hosted by Goldman Sachs, JPMorgan Chase, Morgan Stanley, Citibank and Bank of America, at which they are all presented with checks for a million dollars apiece. 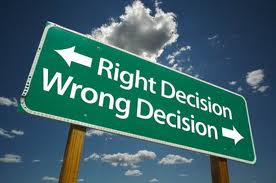 This isn’t about “the right” and “the left,” or conservatives v. liberals. Ā This is simply about “RIGHT v. WRONG.”

The CFPB is the only bureau in our government with a mission to protect the interests of consumers… that’s you and me… regular middle class working people. Ā After what we’ve just been through in terms of the financial meltdown, how could anyone possibly make the case that we shouldn’t have even one federal bureau out of… I don’t even know how many… that is dedicated to watching out for consumers?

It would be like saying that we should continue to allow passengers to bring box cutters onto commercial aircraft following 9-11. Ā That’s not an exaggeration, that’s exactly what it would be like.

I recently had the opportunity to meet face to face with Professor Warren. Ā I wanted to ask her how I… and my readers… could help her cause, and then I wanted to ask for her advice as to how I should go about attacking the foreclosure crisis. Ā But before I asked her about either of those things, I told her that I found it stunning that there was anyone on the opposite side of the arguments she makes in her role at the CFPB.

So, I started our conversation by asking her: “When you says consumers should know how much a mortgage costs, or what risks are involved, or the interest rate on a credit card… does someone stand up on the other side of the table and say, “No! Consumers must not be told either of those things?”

She responded by saying, and I’d prefer not to quote her exact words in this instance, that I was quite right… there was no other side to those arguments. Ā Of course, consumers should be made aware of such things. 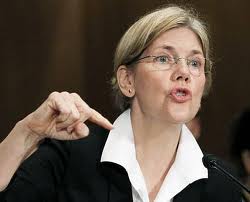 I told her I couldn’t believe that the financial industry even opposed such things and that it was shocking to see the industry go after her the way they have… and do. Ā And she said something to the effect of (again, I would prefer not to quote her exact words for fear of them being taken out of context by the House GOP):

When they go after me, the best they can do is to say that I’m too confrontational with the bankers. So, since when do we ask bank robbers what they think of the new laws for punishing bank robbers?

The day I met Professor Warren, she explained why she thought so few have been punished as a result of the financial crisis:

“With Enron you had Enron. One company that had caused the problems. With this financial crisis, there are so many they can barely be counted. Ā And we have multiple regulators in the Fed, the OCC, the OTS, the FDIC. And none of these are agencies came to the crisis with the perspective of the American consumer.

The competition between the OCC and OTS was designed to create under-regulation. If the OCC was too tough the financial institution could reclassify itself as a thrift and be regulated by the OTS.”

A little later she also said:

“The number one retirement plan in this country was to pay off the house and live on one’s Social Security and presumably whatever pension or additional savings one had accumulated over one’s working years. Ā That has been robbed from the American people by the financial sector.

The CFPB is the opportunity to begin to change that. It won’t solve everything and there is much work to be done, but it represents our only hope.”

Finally, she seemed a bit dismayed when she said:

“I thought we had the fight last year and we won. Ā And we got the agency that would have the mission of protecting consumers. But we now see that the fight is not over. There are bills in the legislature today that threaten the agency’s very existence by proposing to defund or defang the new agency.”

People, how in the world can anyone say that we didn’t need some consumer protections in place in light of the bankers having caused the worst economic meltdown in 70 years? Ā We had mortgage companies putting people into loans who couldn’t read. Ā Stockton, California was targeted because it has the lowest literacy rate in the state, for God’s sake.

First Premier Bank out of South Dakota offers a credit card with a 70.9 interest rate… but don’t worry ’cause it only applies to poor people, so f#@k ’em? Ā Is that someone’s position out there? Ā Predatory lending is important because poor communities need loan sharks, is that the deal?

And even forgetting all of that… the CFPB is ONE bureau… one solitary bureau in a literal sea of federal agencies… with the responsibility to watch out for the consumers’ best interests… can’t we even have one? Ā Call me crazy, but shouldn’t the banks themselves even be in favor of consumers having one federal bureau… after all, they do have all of the others?

It’s like finding out that there’s someone who opposes a parking lot having a couple of spaces up front for the handicapped… when they have the other 700 spaces available in the lot.

McHenry was way out of line in the House Oversight Committee meeting with Professor Warren, and everyone knew it. Ā Well, maybe not the House GOP, but who cares? Ā They’ve shown us all, loud and clear, that they are in the pockets of the bankers, even more than the Democrats have… and that’s no easy task.

ELIZABETH WARREN TO LEAD THE CFPB

And that’s all I have to say about that…

Below is the video of the hearing of the House Oversight Committee in its entirety, and below is a link to just the heated moments when McHenry was at his worst.

LINK TO THE WORST OF REP. PATRICK McHENRY