Well, last month’s was funnier, I realize, but this month’s has a lot more important stuff to say.

Basically, the suit accuses the three of negligence in allowing risky mortgage lending, but doesn’t specify how much the federal agency will be seeking in terms of damages.  According to the Associated Press, however:

“The FDIC has been seeking about $900 million in damages in private negotiations with the executives.”

The suit, when describing the lending practices of the failed thrift, uses such terms as, acting with “reckless disregard,” and says the three made loans “with little or no regard for borrowers’ ability to repay them.”

Also named in the suit were Killinger’s and Rotella’s wives, because the FDIC claims the two execs transferred assets to their wives to keep them out of reach of future creditors.  Pretty tricky stuff, if you ask me.  Who would ever have thought to do something like that?

“The FDIC’s board has approved 158 civil lawsuits against 158 bank executives, employees and directors, seeking to recoup about $2 billion in bank losses that the regulators say were the result of negligence or misconduct.”

And last July, the FDIC filed a similar suit against four former executives of IndyMac Bank, seeking $300 million in damages.

Also according to the AP story:

“In addition, the FDIC has opened criminal investigations into about 50 executives and directors of collapsed banks around the country.”

I guess I’m in favor of such lawsuits, I mean… sure, why not?  I just can’t help but wonder when, if ever, we’re going to see any action taken against any of the “too-big-to-fail” financial institutions, or perhaps the reality is that they’re “too-big-to-prosecute,” as well.

2. American Banker is Reporting: “Lack of Leadership” is Problem with Servicer Settlement Negotiations

Here’s how this story from American Banker (“AB”) kicks off:

“As state and federal officials struggle to reach a global settlement with the largest mortgage servicers over problems in the foreclosure process, regulators have grown frustrated with the lack of leadership on their side, saying no one is making an effort to corral the multitude of agencies involved.”

A few paragraphs later, the story quotes an unnamed source:

“There is just no leadership,” a source close to the process said. “It’s not even herding cats, because no one is trying to herd them.”

According to AB, some of the AGs involved have turned against the 27-page “Term Sheet” proposal released last week, and Iowa’s AG, Tom Miller, who has been very vocal about the negotiations in the past, has acknowledged that he’s not in charge.

From the AB story:

“That’s why this is a good relationship,” Miller said at a press conference last week. “Nobody is driving the bus. Or to put it more certainly, each agency gets an hour to drive the bus … but nobody is really in control.”

Oh, so this lack of control is a good thing?  I’m so confused.

The AB story goes on to say:

“Others had hoped that the Financial Stability Oversight Council, which was created last year to help regulators take joint action against systemic problems, would be a sounding board to work out disagreements among the agencies. But the FSOC has largely stayed out of the issue.

As a result, the settlement process has dragged out as infighting between various players has intensified, with no clear resolution in sight.”

That doesn’t sound like a good thing, does it?

So, where the heck is Treasury Secretary Tim Geithner in all of this?  Doesn’t he carry a big stick and all that?  Well, according to AB:

“But observers said they do not understand why Geithner doesn’t take a stronger public role in the process given the breadth of the settlement and its potential impact on the economy.”

Hmmm… I wonder why Secretary Geithner wouldn’t want to be more involved in this initiative?  Maybe it’s because he’d have to have an opinion on the 27-page Term Sheet’s specific provisions… you know… things like mandatory principal reductions, and other things the too-big-to-fail bankers have loudly come out against.  Ya’ think?

The AB story is a long one and you’ll have to read it for yourself, but to me it looks like everything I said it would be and more when I sarcastically wrote about it so many weeks ago in my article titled: Federal Regulators to Bring Enforcement Actions Against Banks… May Get Rid of Hot Towels in Washroom.

I don’t know about you, but to me… at least as far as the foreclosure crisis goes… my government continues to appear every bit as inept as it does corrupt.  My God… look what we the people have allowed to be created here… I feel like the Native American, Iron Eyes Cody in that television commercial about pollution from the 1970s… with a tear in my eye…

3. If you are buying a Bank of America Short Sale, WATCH THIS!

A Charlotte, North Carolina real estate agent made this video about her experience with a Bank of America short sale.  Apparently, good old Bank of America, the bank that can’t seem to stop breaking into homes and stealing stuff, did it again… this time with a short sale the bank had approved.

The real estate agent in this video even called BofA to ask whether homeowners should hire security guards to protect their belongings in such instances, and according to her, the bank said it’s probably a good idea!  And hat tip to my reader, Catherine Wavrick Oxford, for bringing this to my attention. 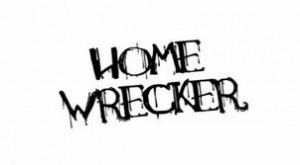 4. New Report Should be Mandatory Reading for Homeowners in California and Across the Country: Home Wreckers: How Wall Street is Devastating Communities.

I received this today from reader, Nancy Koerber of GoodGriefAmerica… a fantastic group that is very much aligned with what I try to do on Mandelman Matters… and it’s important, so I thought I’d share it here:

Today, homeowners & community leaders from PICO California, Alliance of Californians for Community Empowerment (ACCE), SEIU, and the California Reinvestment Coalition (CRC) are holding events throughout the state to highlight the report’s findings and build support for a new package of state legislation that could help hundreds of thousands save their homes and raise an expected $10 billion in revenue for local governments.
On Saturday, hundreds of people from across the state will converge in Oakland for a town hall meeting with local and state legislators to build support for this new state legislation, including:

Saturday’s event will also highlight new Responsible Banking state legislation that would allow the state to decide where it wishes to do business based on a bank’s performance on a number of community reinvestment criteria.

And don’t forget to share the report with your friends!
Thank you,

Alliance of Californians for Community Empowerment

Alliance for a Just Society

And here’s a copy of the report: 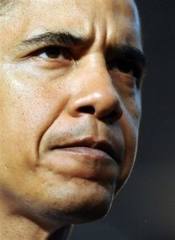 5. And last, but certainly not least, Huffington Post’s Shahien Nasiripour is reporting that the Obama Administration is Pushing for Banks To Modify Millions Of Mortgages To Settle Foreclosure Claims

Look, Shahien Nasiripour of the Huffington Post undeniably gets around.  I’m not entirely sure when he started covering the foreclosure crisis, but whenever it was, he’s certainly made up for whatever time he might have lost… or maybe I just wasn’t paying close enough attention to HuffPo two years ago… I’m not really sure.

In any case, they guy is turning out to be an outstanding reporter on the foreclosure crisis and everyone should be checking out his column every day, in my opinion.  He doesn’t write in an editorial style, as I quite obviously do, but he reports on what’s happening and he’s at the front of the pack at doing that.

Here’s what he’s reporting as of yesterday:

“The Obama administration is seeking to force the nation’s five largest mortgage firms to reduce monthly payments for as many as three million distressed homeowners in as little as six months as part of an agreement to settle accusations of improper foreclosures and violations of consumer protection laws, six people familiar with the matter said.

Described as a “shock and awe” approach, the deal would accomplish the four goals set out by state and federal policy makers and regulators as part of their multi-agency investigations into abusive mortgage practices by the nation’s largest financial firms: punish banks for violations of state law and federal regulations; provide much-needed assistance to distressed borrowers; stabilize a deteriorating housing market; and dissuade firms from abusing homeowners in the future.

The modified mortgages could cost the five financial behemoths — Bank of America, JPMorgan Chase, Citigroup, Wells Fargo and Ally Financial — as much as $30 billion, according to sources. Combined, the five firms handle three out of every five home loans, according to newsletter and data provider Inside Mortgage Finance.”

“But the deal is far from complete.”

And that makes me feel about as comfortable as a Christian Scientist with appendicitis, but still, it does at least give me a glimmer of hope that President Obama is not just the shallow, unfeeling, and perhaps lying politician I’ve come to believe he is, and I like not thinking that way about him.  We will, of course, have to wait and see… because it’s hard to imagine that “shock and awe” is going to work any better this time out than it did last time in Iraq.

And the last line in Shahien’s article certainly didn’t make me feel any better about the prospects for such a dramatic change:

“The banks declined to comment, citing the confidentiality that generally governs their dealings with regulators and law enforcement authorities.”

Ah, yes… transparency at it’s finest.  Bankers just take the “fun” out of “dysfunction,” don’t you think?  Why wouldn’t we all trust these people?  After all, who are we to demand that we know anything about this subject?  Why, we’re just the American taxpayers… the source of the funds that make this ship sail.  To say nothing of that “voter” thing.

Anyway, I’ll keep my eye on it… I’ve not yet thrown in the towel on the idea of something good happening at some point.