Home  »  Why Servicers Foreclose When They Should Modify… YAWN.

Why Servicers Foreclose When They Should Modify… YAWN. 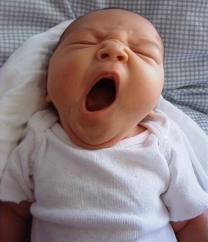 The subject of why mortgage servicers foreclose when it appears that they should modify is one that has been written about extensively at this point, both by me and countless others. Ā Frankly, the whole thing is not only bringing me to tears, but it’s starting to bore me to tears, as well.

I’ve certainly read much of what’s been written about the behavior of servicers and have drawn my own conclusions as a result… they make more money foreclosing, they’re set up to foreclose as opposed to modify loans, and most of all, because they can and nobody does much about it… although I readily admit that attorney Diane Thompson of the National Consumer Law Center is not someone to be overlooked. Ā Her report on the subject can be found here:

Why Servicers Foreclose When They Should Modify

You see, the thing is… this situation has long since gotten way out of control, and anyone who doesn’t see that at this point simply isn’t paying attention. Ā Our economy is in a vice grip caused by the fraudulent and I would think criminal acts of our too-big-to-fail bankers, and our government that has failed to understand the situation’s dynamics from the very beginning, and therefore has failed to mitigate the damage as a result.

In fact, best that I can tell from listening to President Obama… his view is that some 20+ million Americans, inexplicably all became irresponsible at the same time, all bought homes they couldn’tĀ afford, and now deserve to lose their homes to foreclosure… because losing 20 million homes to foreclosure will HELP our economy.

Do I have that about right? Ā I mean, please… I don’t want to put words into anyone’s mouth here, am I being unfair? Ā The White House even admitted publicly this past year that they underestimated the severity of the housing crisis. Ā In 2007 Ā or maybe 2008, Bernanke said on television that it was unlikely that the sub-prime crisis would spill over into the larger economy. Ā I mean, what more do we need in terms of evidence that these guys don’t know what they’re doing as far as this meltdown is concerned. 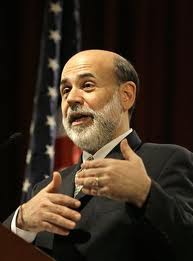 Last week, and I’m writing a separate piece about this now, Bernanke printed up $600 billion so he could use it to buy our own Treasury bills… our own National Debt. Ā It’s called “Quantitative Easing,” and it’s NOT a Marvin Gaye song… like the flip side to “Sexual Healing,” or anything like that. Ā It’s nuts… that’s what it is.

I don’t care what your opinions are about out economy, just consider this… WE’VE NEVER DONE ANYTHING LIKE WHAT BERNANKE IS DOING NOW, AND HE WOULDN’T BE DOING IT IF WE WERE RECOVERING. Ā GET IT?

Ben thinks… and this is according to him, himself… that by injecting this paper currency into our economy two things will happen: 1. Interest rates will come down… ’cause they’re so friggin’ high now we really need that… and 2. The stock market will go up… which, if investors are the morons they’ve proven to be thus far probably will happen. Ā Are you thinking: So what and who cares? Ā Good for you.

Bernanke actually thinks the stock market going up with create the “wealth effect,” which means that we’ll feel wealthier and therefore spend more, and anyone who agrees with that position lives in some other America because where I live, people haven’t stopped spending because of the stock market, it’s housing prices falling through the floor and no or low paying jobs that are putting a major crimp in spending. Ā Well, that and the fact that we’d rather save now that we know what’s ahead and behind us, if you follow my meaning.

No matter… Ben’s quantitative easing has no shot at fixing either of those things, housing prices or jobs, so woohoo! Ā I’ll be sure to stay tuned to developments on that one… someone do me a favor and wake me when China says they’re cutting us off.

And here are a few additional fast facts:

… The lawsuits are coming and coming fast. Ā Investors who purchased mortgage backed securities are starting to file lawsuits against our banksters, and they want the banks to buy them back at their original valus, plus damages.

… The cost to bail out Fannie Mae & Freddie Mac will top $1 trillion. Ā I know, the government is saying it’ll be half that amount, but they’re just lying or wrong. Ā Oh, and Fannie & Freddie want the banks to buy back billions in in bad mortgages too.

… Homeowners who may have been improperly evicted from their homes are looking for any legal basis to sue the bankers, as are those that haven’t lost their homes yet, but are now at risk.

… The State Attorneys General, from all 50 States are just starting their investigations into the foreclosure practices of the bankers, and with 50 AGs looking my bet is they’ll find something. Ā If everything was fine, as I’ve pointed out before, the bankers wouldn’t have people called “robo-signers” signing their names 10,000 times a month on affidavits they don’t read.

… The banks currently hold millions of homes in their foreclosure inventory… and when I say millions, I’ve heard numbers like 7 million… so figure 10 million… to account for the “they’re always lying factor”. Ā PLUS, another 10 million homes are forecasted to be lost to foreclosure in the next few years. Ā Can you imagine what this country will look like and feel like when things are two or three times as bad as they are now?

But everyone is a lot worse off than any of those numbers show because there is no “real” real estate market. Ā The demand for loans is lower than anyone can remember, the availability of loans is abysmal, and credit will remain tight for the foreseeable future.

Don’t believe me, mortgage people? Ā Well, wake up and smell the coffee my lender friends… here’s a link to the Federal Reserve’s latest study in that regard… go ahead, take a gander… you can’t handle the truth… (Sorry, maybe you can… I was just feeling very much like Jack Nicholson there for a moment.)

The worst of it all is that the government and the Federal Reserve continue to deal with the crisis as if it’s a “liquidity crisis,” and it’s simply NOT. Ā I’ve come to realize that Ben Bernanke couldn’t keep a hot dog stand open for the summer. Ā It’s not a liquidity crisis, otherwise injecting $3.7 trillion last year would have solved something and if definitely did not.

This crisis is the same one we faced two years ago… the banks broke the financial system… their balance sheets are packed with assets they cannot sell, and no one knows what their worth.

CDOs, CDSs, RMBSs and CMBSs… “Toxic assets,” I believe was what we were calling them, right? Ā Well, they are still there… right where they’ve been since the beginning, on bank balance sheets… and the only thing different is that Geithner and Bair aren’t making the banks write them down, which may fool us, but isn’t fooling them. Ā Banks don’t loan to banks when they don’t who is solvent and who isn’t. Ā The system is grinding to a halt, no matter how the Fed and Obama try to stop it by printing money and sending to Wall Street.

Now Obama and the Dems have lost control of the House and Senate, not that they had control of anything before, for all intents and purposes. But not we have gridlock and nothingness. Ā And Obama has said clearly that there will be no more help for homeowners… because they’re all irresponsible, remember? Ā Unlike our bankers who are pillars of responsibility, don’t you know.

So, I have bad news… help is not on its way. Ā No one is going to do anything to make this situation better. Ā It’s up to us and us alone. Ā In my mind this is war, people, and America is at stake. 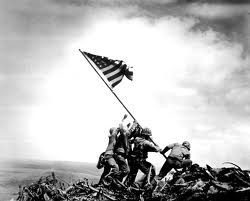 In my mind, the country I grew up in will not survive as a two class society made up of rich and working poor… divided we will fall… and divided is where we are headed, if we’re not already there.

My America is the America of “Saving Private Ryan”… where we go back for every last soldier… we leave no one behind. Ā Our government is of the people, by the people and for the people. Ā Any time it hasn’t been the case it has almost broke us in two, and this time will be no different.

With liberty and justice for all… damn it… it has to be that way… we won’t make it under different terms. Ā Why my president doesn’t seem to realize that, I cannot tell you, because I know it to the core of my being.

So, you want to know why mortgage servicers are foreclosing when they should be modifying, do you? Ā Because we’re letting them, that’s why.

Because we’re letting them…

And we can stop them too.