Home  »  Loan Modifications and the Right to Representation

Loan Modifications and the Right to Representation

Originally posted in May of 2009… why it’s still a question in our society is beyond me. 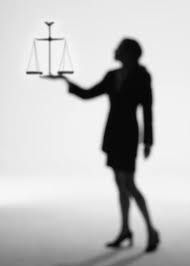 As a citizen of the United States, I think you have a right to legal council and representation. That right is enumerated in the Sixth Amendment of the Bill of Rights in the US Constitution. In fact, it took a Supreme Court decision in Faretta v. California (1975) for the courts to permit defendants to represent themselves.

That right to legal counsel and representation falls under the concept of “due process,” which is essentially based on the concept of “fundamental fairness.” In broad terms, due process protects an individual so that he or she is not deprived of “life, liberty, or property” without a fair opportunity to affect the judgment or result.

I think about hiring an attorney, or in some instances a CPA, when I’m engaged in some type of dispute or negotiation and I feel there will be benefit from having an expert advocate my position. So, why is it when I call Chase, Wells Fargo, or frankly any of the other lenders or mortgage servicers, will I be told that I do not need to hire a “third party” to represent me in my negotiations related to a loan modification?

And I have to wonder, why does President Obama (who unless I’m mistaken is a lawyer himself) continue to insist that I do not need representation in the negotiations with my lender or servicer? He says that I should just call my bank on my own.

I understand that the president has provided generous funding to numerous nonprofits so that they can provide guidance to homeowners that are trying to obtain loan modifications. And I think that’s fine. Not everyone can afford to hire an expert to represent them in their negotiations with lenders or servicers, so in my view having a nonprofit alternative is a good thing. But surely not to the exclusion of private sector representation, right? He can’t mean that, can he?

It would seem obvious that there are numerous reasons for having expert representation when attempting to negotiate a loan modification with one’s lender or mortgage servicer. The most obvious might be that in all cases the lender will be protecting their own best interest, not yours, but there are others as well:

The published data has shown that something like 60% of the loan modifications handled by banks end up re-defaulting just six months later, but that’s not really the overly surprising part of that statistic. What I find so surprising is that anyone is the least bit confused as to why that is the case.

Is it really so difficult to imagine that homeowners, scared to death that they will lose their homes to foreclosure, would agree to terms before they should have in an effort to “save” their most highly valued asset? I think most people would agree that a professional car dealer would be likely to get a better deal when buying a new car than the average consumer. So, why wouldn’t attorneys, or those expert in mortgages, be likely to negotiate a better deal on a mortgage modification than a consumer? Don’t be ridiculous, of course they would.

I understand much better than most that there has been an enormous amount of controversy over the issue of third parties helping consumers obtain loan modifications, and I think there’s no question at this point that it’s a case of buyer beware. All consumers should understand that they should never hire a firm to assist them in such an important endeavor without taking the time to check them out thoroughly, and I personally would never do business with someone I’m not totally comfortable dealing with, or whose office I haven’t personally visited.

But I personally would not choose to go it alone. And the dozens of homeowners with whom I’ve spoken at length that have tried it on their own have only strengthened that view. We have the right to representation in this country because we, as a society, recognize the importance of such representation. Negotiating a loan modification may not be done in a courtroom, but it is certainly a situation in which you may be deprived of “property” and for many people, such representation is what provides them with a fair opportunity to affect the judgment or result.

Here are excerpts from three stories of homeowners struggling to keep their homes that appeared in last Sunday’s New York Times:

“If I didn’t have children, I would just walk away,” said Ms. Auz, 40, while sipping a cup of tea at her pine kitchen table. Lines crease her forehead and she speaks in a patter of slow deflation as she describes the endless hours she spends on the telephone trying to get information from the bank that now services the loan. “It’s an ongoing nightmare.”

For now, many foreclosure counselors and agencies said they did not have enough resources to help all of the homeowners seeking help and they had trouble keeping up with changing programs and regulations. She contacted a nonprofit foreclosure counseling group that she said she found through the state’s foreclosure hot line. The group was supposed to restructure her mortgage, but she said her counselor sent the paperwork to the wrong fax number and the courts technically foreclosed on her home in February.

The Davises said they have tried a succession of strategies to renegotiate their loan. In August 2007, they contacted the Neighborhood Assistance Corporation of America in Jamaica Plain, Mass., which submitted an application to modify their loan. Darren Duarte, a spokesman for the group, said the Davises’s servicer, HomEq, did not cooperate. Brandon Ashcraft, a spokesman for HomEq, said that its recidivism rates track well below those reported by the larger industry.

Next, the Davises said, they contacted Julissa Soto, a housing counselor with the housing advocacy group Acorn, in Bridgeport. According to the Davises, Ms. Soto told them that if they sent a $10,000 “good-faith” payment, the bank would give them a deal starting at $2,813 a month with an 11 percent interest rate. But the Davises declined to pay that much money, fearing they would need the money if they had to move. Ms. Soto did not respond to telephone calls or e-mail messages.

Finally, the Davises hired Gary Seymour, a lawyer, who told HomEq its good-faith payment demand was too high. Mr. Ashcraft said that it is standard for HomEq to request these payments. On Mr. Seymour’s advice, the Davises filed for bankruptcy and sued their mortgage holder, Wells Fargo, arguing that it did not technically own the mortgage when it began foreclosure proceedings.

LAST fall, Donna Sikora threw herself a 50th birthday party in the home where she has lived for nearly 23 years. She has been trying to celebrate every holiday a little more because she doesn’t know when she may have to move out. Her bank, Washington Mutual, was supposed to take over ownership of her home in April. But Ms. Sikora, a hair stylist with a loyal New Canaan clientele, is determined to stay and has been fighting the foreclosure during her every spare moment. “I don’t eat. I don’t sleep. I’m losing my hair,” she said. “I really want to stay in this house.”

Washington Mutual allowed her to apply for the new mortgage with little proof of income, a now discredited practice that was common during the real estate boom.

Ms. Sikora said that she called Washington Mutual and asked to change the terms of her loan. She said she was told that if she missed two payments, the bank would enter her in a loan modification program. She simply had to wait for the bank to send her paperwork. But the paperwork did not arrive. When she called for information, she said, the bank told her that it had initiated foreclosure proceedings against her.

A spokesman for Washington Mutual, which now is owned by Chase, declined to comment on Ms. Sikora’s case, except to say that even though the foreclosure proceedings have begun, the bank is trying to renegotiate her loan, provided she can show she has enough income to support a $415,000 mortgage.

“In some cases, the borrower’s income is just not enough to afford the home,” said Tom Kelly, the spokesman. “We’re verifying the customer’s income and assessing whether a modification is possible that works for both the borrower and the lender.”

It’s still unclear whether she will in fact lose her home, but she is allowed to stay in it as her case makes its way through the legal system, as in any foreclosure. Ms. Sikora has mainly defended herself without legal representation, carrying her foreclosure paperwork to court in a springy cloth satchel with green and yellow polka dots. She has received some assistance from ACORN, a group that advocates for people with low or moderate incomes, but a lawyer from the bank’s law firm, Hunt Leibert Jacobson, has been even more helpful, she said, explaining court procedure to her before hearings.

I called Chase back in January, when I was 90 days past due. Another representative told me that I would automatically be evaluated for a loan modification. “You should just wait until you hear from one of our negotiators,” he told me politely.

Another two months passed without anyone calling, so I tried again in late March.

“I’m sorry, but our analysts have been backed up,” yet another Chase rep told me, even more politely than the previous one. She said each analyst had about 500 distressed borrowers to deal with, and it had been taking about five weeks for customers to get a direct response. The delays seemed to be getting longer.

I was actually beginning to feel sorry for Chase. It seemed to be so flooded with defaulting borrowers that it didn’t have time to foreclose on my house. Eight months after my last payment to the bank, I am still waiting for the ax to fall.

And that’s all I have to say about that. Ergo bibamus.