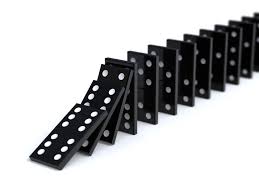 Newark, New Jersey has become the first city in the country to officially approve a controversial plan that uses eminent domain to fight foreclosures and neighborhood blight.

Newark’s new mayor, Ras Baraka, introduced the resolution and the Newark Municipal Council, which passed it unanimously, according to a press release issued today by New Jersey Communities United (unitednj.org), which describes itself as a progressive grassroots community organization committed to building power for low and moderate income people, predominantly in Newark.

According to the release…

The program would allow homeowners trapped in certain type of mortgage, known as a Private Label Security or PLS Loans, to voluntarily participate in a program where the City purchases these mortgages from investors and repackages them at terms homeowners can afford. For most of the estimated 1,200 homeowners with these types of loans in Newark, the policy would save them from losing their homes to foreclosure.

“Newark families have been absolutely devastated by the foreclosure crisis.  Unless we take decisive action now, the situation will only get worse.  As Mayor of Newark, I will aggressively move forward to implement the resolution passed by the Council. It will send a clear message that we will no longer accept the predatory lending and questionable foreclosure practices by banks. More importantly this policy will keep families in their homes and begin to reverse the blight created by vacant and abandoned houses that have already been lost to bank foreclosures.”

“Newark voters elected the right candidate to lead the City in a new direction.  Mayor Baraka’s vision for a better Newark begins with putting the people’s needs above the interests of Wall Street. His leadership on this issue and his ability to work with Council leaders to move innovative policies like this bode well for the future of Newark.”

The release also points out that according to a recent report published by the Haas Institute at the University of California, Berkeley titled: “Underwater America: How the So-Called Housing Recovery is Bypassing Many Communities,” New Jersey is at or near the top of the list of states hardest hit by the foreclosure crisis.

The study found that New Jersey cities, Newark, Elizabeth and Paterson are ranked second, third and fourth in the country for the percentage of homes with “underwater mortgages,” the term used when homeowners owe more than the value of their properties.

Underwater mortgages lead to foreclosure because when homeowners are hit with a life event, such as divorce, illness, injury or job loss, they can’t sell their homes or borrow against them to get through the rough patch.  If that happens and the bank won’t modify, it’s a foreclosure.  New Jersey’s high percentage of underwater mortgages means, “there are thousands of homes at the brink of foreclosure,” the release explains.

Lenders and servicers have resisted approving principal reductions as a preventive measure or in any broad based way, the argument being that as long as borrowers are making their payments there’s no need to provide any assistance.  As I recently wrote, it’s clear to me that from the beginning of the foreclosure crisis, it’s been a matter of not wanting to leave any money on the table, and a sort of baseless optimism that says: “Hey, maybe property values will come back and we won’t have as great a loss.”

Let’s face it… that sort of thinking has resulted in almost 8 million homes lost to foreclosure since 2008, and cities in New Jersey like Newark, and in California like Richmond, are clearly tired of waiting for some imagined turnaround in the housing market that has failed to materialize for six years while they’ve watched their communities continue to pay the price of inaction by the holders of these mortgages.

So today, I would have to say that Newark is to be commended for having the courage to draw the line and take control of their city’s destiny by becoming the first American city to say yes to the use of eminent domain as a way to deal with underwater loans and urban blight caused by the ongoing foreclosure crisis.  But in addition, since there are reportedly some 26 other cities across the country that have been considering the plan, I would also have to imagine that Newark only represents the first domino to fall, in what could potentially become a long line of dominoes.

And I suppose that’s really why the banking industry lobbyists have tried so hard to scare cities away from the use of eminent domain… they simply don’t want to cede control… I understand.  (Click here to hear the opposition’s point of view when Tom Deutsch, Executive Director of the America Securitization Forum is my guest on this Mandelman Matters Podcast.)

But, at this point cities like Newark have endured six years of a housing market’s collapse, and they still have thousands of homes underwater by 50 percent and more.  What would you do if you were mayor of such a city… if you pledged an oath to protect that city… what else could you do.

ONE MORE THING: The opposition will no doubt say that investors will lose money as a result of using eminent domain in this instance, but that’s just not true.  Investors must receive “fair market value” for the properties being seized by the city, which is more than they’d be able to get were they to foreclose.  In fact, in New Jersey, where it takes something like 1,000 days to foreclose, the investors would be lucky to net half the home’s fair market value by foreclosing.

Listen to what Mortgage Resolution Partners (MRP) CEO, Steven Gluckstern has to say about the plan moving forward.

During the 1930s, we lost 50 percent of the homes in the country to foreclosure, and by the middle of that decade, states started passing moratoria that banned foreclosures for five years.  Of course, that’s the worst possible answer to the problem, because it encourages more to default, and it only puts off the problem.

So, investors… look at it that way… would you rather see eminent domain used and receive fair market value, or see a five-year prohibition on all foreclosures?  Because that’s your real choice… the city of Newark is saying that the status quo is simply not an option.

Stand by, lots more to come.  You might even think of this as being the shot heard round the world.

Join me for: A Visit to Richmond, California

If you haven’t yet listened to the series of Mandelman Matters Podcasts with Professor Robert Hockett, the author of The Municipal Plan, which is the plan Newark has approved and the others are considering, here they are, and they are worth hearing.

Is the Eminent Domain Plan Good for Homeowners?

AND FROM THE OPPOSITION… Tom Deutsch of the American Securitization Forum.

For questions about the “Underwater America” report published by the Haas Institute at the University of California at Berkeley, contact Rachelle Galloway-Popotas at haasinstitute@gmail.com.