Home  »  House Financial Services Committee: Spending $1610 to Save a Home is Too Much – Votes to Kill HAMP

House Financial Services Committee: Spending $1610 to Save a Home is Too Much – Votes to Kill HAMP 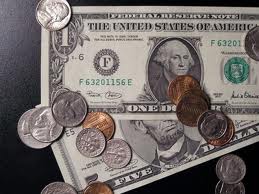 HAMP has permanently modified 521,630 mortgages, at a cost of only $840 million, according to the Financial Services Committee Press Release, distributed late on Thursday.  That’s roughly $1610 per permanent loan modification… an amount I would call “pocket change.”

The federal program designed to save homes from foreclosure before this one, had a budget of $320 billion, and modified just one mortgage, last I checked… it may have done a handful more before it was shut down for good.  All of the other programs that have been launched have been miserable failures.  HAMP is the only one to have saved any homes at all… better than a half a million people are still in homes they would otherwise have lost.

Regardless of the CBO’s projections that HAMP would help another 300,000 homeowners before it’s scheduled termination next year, and the fact that the program is saving homes for only $1610 a piece…  the House Financial Services Committee… with our fabulous new House Republicans that have never even lifted a finger to help save a single house during this crisis… has voted to kill HAMP yesterday, by approving H.R. 839, the HAMP Termination Act.  Now the bill will move forward for consideration by the full House of Representatives.

According to the Committee’s Press Release:

“There is widespread criticism that HAMP is not working and is only making matters worse for many of the homeowners who participate or seek to participate. In addition to the SIGTARP, the Congressional Oversight Panel and the Government Accountability Office have detailed problems with HAMP.”

But this is what SIGTARP, Neil Barofsky, said in his report to Congress:

“… while HAMP may provide a significant benefit for those who are fortunate enough to benefit from a sustainable permanent modification, given the current pace of foreclosures, HAMP’s achievements look remarkably modest, and hope that this program can ever meet its original expectations is slipping away.”

Look, these guys are nothing but uncaring, insensitive and unknowledgeable jackasses, but then that’s what they’ve been for the last three years, so I’ve stopped expecting anything from them, I guess.  They’re in the pockets of the bankers, bought and paid for… all they care about is political grandstanding and they obviously consider us all to be morons… and as I said in my article from a few weeks back, Republicans Prepare to Play Politics With HAMP:

You should all hide your faces from the people who sent you to Washington… you should all be ashamed for everything you have and haven’t done.  Your ignorance and insensitivity will be disdained for many years to come.  You’ve done great harm to this once great nation and you should be deeply ashamed for what you are trying to do today.

But in point of fact, they are still helping some number of people remain in their homes… so make HAMP better… yes… you owe the American homeowners that and much more.  Don’t kill the only thing you’ve done that’s accomplished anything at all, just because it hasn’t done nearly enough… or because you think it will help you get elected in 2012… I assure you that it won’t.

That’s it and that’s all.  Obama… do whatever you want… there’s no way I could be more disappointed by you and your administration.  You’ve managed to do what I would have thought impossible.  I could have flipped a coin between you and McCain/Palin… and not cared on which side it landed.

You utterly failed at helping homeowners, and you haven’t even shown up to save, speak for, or try to fix your own housing rescue program… what a waste of a president you are.