Home  »  Foreclosures Increase 11.2% in Third Quarter over Second Quarter of 2010. And that means…

Foreclosures Increase 11.2% in Third Quarter over Second Quarter of 2010. And that means… 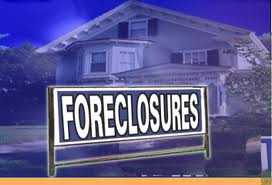 According to Wednesday’s report released by the Office of the Comptroller of the Currency (“OCC”) and Office of Thrift Supervision (“OTS”), there were nearly 245,000 completed foreclosures in the third quarter of 2010, which represents an 11.2 percent increase over foreclosures completed during previous quarter.  The report, however, only tells part of the story as it covers only 64% of mortgages that are held by national banks and thrifts.

Among others, Reuters reported the news, in an article by Dave Clark, whose story also said that:

“Mark Zandi, chief economist at Moody’s Analytics, estimates that there will be 1.8 million foreclosed homes in the United States this year, and that the numbers will be even higher in 2011. Moody’s estimates that foreclosures should peak next year at 2.1 million, Zandi said.”

Oh joy!  They should be peaking next year!  Well there’s something to look forward to, wouldn’t you say?  Why will they be peaking next year, you may wonder?  Well, I’m forecasting they based on the current efforts to stop all this peaking, they’ll peak in 2011 too, and then they’ll peak again in 2012, and again in 2013… how do you like them apples?  It’s going to be a “peak performance.”

Clark’s story went on to say:

“A spike in foreclosures is a major reason why home prices fell in 20 of the largest U.S. metropolitan areas in October from September — the first time that has happened since Feb. 2009.”

A major reason?  Okay, so when they peak again in 2011, as Zandi forecasts, won’t that cause home prices to fall in “20 of the largest U.S. metropolitan areas” yet again?  Or was that a major reason for home prices to fall this past year, but next year it won’t be a factor in falling housing prices?  Because, since negative equity is the number one predictor of foreclosures, I’m thinking that foreclosures peaking will lead to even more foreclosures, thereby creating their subsequent peaking in 2012.  And then won’t that peak have the same negative impact on housing prices, thus leading us to their peak in 2013? 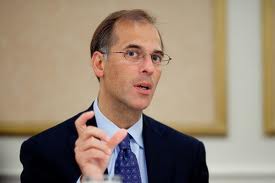 Next, Clark’s story, ostensibly in an effort to explain why more foreclosures occurred in Q3 of 2010, says the following:

“Banks have already sorted through most delinquent borrowers and decided whether to modify their mortgages, federal officials say.”

“The universe of eligible borrowers who have not already been evaluated is being exhausted,” said Bryan Hubbard, a spokesman for the OCC.

So, if that’s the case, why were the bankers all saying that the reason so many homeowners got kicked out of HAMP this past year was because they failed to send in the proper paperwork, or couldn’t document their income to the bank’s satisfaction?  I’m not trying to be difficult here, I’m just trying to understand.

Did the banks need the paperwork or not?  Could they just sort through the delinquent borrowers and make a call?  Why were hundreds of thousands of homeowners pacing around night after night stuck in the hellish limbo the banks refer to as “trial modifications,” awaiting a decision from their bank if the banks already knew, from their sorting process which ones were ripe for modification and which were not?

Why are we needlessly making people apply for loan modifications, and forcing the servicers to lose all that paperwork over and over again?  Doesn’t anyone care about the environment anymore, think of the trees people… the trees. 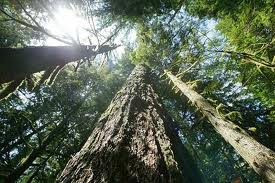 Bryan Hubbard from the OCC says the “universe of eligible borrowers is being exhausted?”  But what about the new people that will fall into foreclosure next year when, according to Zandi just above, the foreclosures are going to peak in 2011.  Do they already know who those folks are that will make up the 2011 peak?

Oh God… I hope I’m not on their list.  I didn’t even know I might be losing my home next year and the government already does because the banks have a way of “sorting through?”  Sonofabitch, this is really starting to scare me.  I wonder what else they know about my future.  This is freaking me out over here.  Wait until my wife hears about this, she’s not going to like it one bit.

I’d start packing except what if the bank’s sorting process shows that I’m not scheduled to lose my home until 2012 or 2013?  It’s all so confusing, I don’t know whether I’m coming or going. 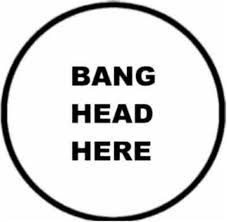 Woha… that was unpleasant.  But I’m back in my chair and am going to give it my all and try to finish this article.  Just don’t read the paragraphs above more than once whatever you do.  And pregnant women and people with a heart condition… probably shouldn’t read them at all.

So, Clark’s article then says the following:

“Many troubled borrowers owe more on their homes than the mortgages are worth, a situation known as being “underwater.” Many banks don’t want to modify those mortgages, analysts said, because that would require them to write off a portion of the loan.”

Oh, come on now… what’s he talking about now?  Banks don’t want to modify loans because they’re underwater?  Let me guess, banks only want to modify the loans that aren’t underwater?  But can’t you just refinance those?  And besides, if there’s equity in the home, meaning it’s not underwater, then won’t it fail the NPV test you have to pass in order to get your loan modified? 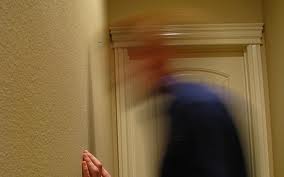 Damn it, now cut that out!  I’m going to start demandiong hazard pay for having to read this kind if crap.  That’s the second time I’ve gone down, and that time I hit my head hard on the floor and it hurts.  Stop it.  Stop it. Stop it.

Okay, one more try… Clark’s story goes on to say:

“The Obama administration’s central effort to prevent foreclosures, the Home Affordable Modification Program, saw an even steeper drop in the third quarter. Only 59,000 loans were modified under the program, down nearly 46 percent from the previous quarter. Another 44,000 loans are in a three-month trial period. If borrowers make payments for three months under the trial period, the modification becomes permanent. The modified loans usually have lower interest rates or longer payment terms.”

Okay, so first of all… if 59,000 were permanently modified, which represents a 46% drop from the previous quarter, and there are 44,000 more loans in trial modifications, if you added the 44,000 and the 59,000 together, wouldn’t it come up to about the same total number as the previous quarter’s total?  And all we have to do is find out how many of the borrowers in the 44,000 trial modifications made their three trial payments?

Well, how many?  The third quarter ended on September 30th, the fourth quarter on December 30th, so don’t we already know, except for the trial modifications that were started in September, how many have made their payments, because those should all be added to the 59,000 column, right?

Clark starts his wrap up with another gem from Zandi…

“Zandi said the majority of those at risk of foreclosure are already in the pipeline.”

Well, we already know that the majority of those at risk of foreclosure are already in the “pipeline.”  Because the banks did that “sorting through” thing they do.  But, I still don’t understand the negative equity portion of the calculation… like won’t the drop in housing prices that accompanies the 2011 peak, cause more homeowners to go into foreclosure?

Wait stop.  I apologize.  I’m not even going there.  I forgot what happened the last time I tried to make sense of… never mind… just go on with Zandi… I can take it.

“As the economy slowly improves and job losses decline, fewer homeowners are falling seriously behind on their loans, he said. That should reduce the number of newly initiated foreclosures going forward.”

But, according to Calculated Risk, who’s just never wrong about these sorts of things…

And CR also just published that:

“… the Labor Force Participation Rate declined to 64.5% in November. This is the percentage of the working age population in the labor force – and the decline suggests that a large number of people have just given up looking for work.”

And that’s not all CR had to say this week…

“Inventory increased 5.4% YoY in November and the months-of-supply (9.5 months in November) is well above normal.”

“And the high level of inventory has pushed down house prices.”

“With the increase in inventory (and months-of-supply), it was no surprise that house prices started declining again in the 2nd half of 2010.”

Hang on… just a moment here… but I thought…

“A spike in foreclosures is a major reason why home prices fell in 20 of the largest U.S. metropolitan areas in October from September — the first time that has happened since Feb. 2009.”

So, was it the “spike in foreclosures” or the “increase in inventory” that caused home prices to fall in 20 of the largest U.S. metropolitan areas in October from September?  The only reason I’m even asking is that CR has some additional bad news for the housing market…

“Some “bad news” for housing is that REO (Real Estate Owned) inventories at Fannie, Freddie and the FHA are at record levels.”

So, we’ve got increasing inventories of unsold homes, which pushes down prices, right?  And it’s even worse because of the “record levels” of REOs at Fannie, Freddie, and FHA are going to add to those rising inventories which will further push down housing prices, right?  And, I’m no expert, but didn’t mortgage interest rates just go up by about a point, and won’t that put a crimp in those inventory levels?

And then you add to that the peaking foreclosures Zandi is forecasting for 2011, which would be considered another “spike in foreclosures,” which is a “major reason” for housing prices to drop, right?

And there seems to be no question about it… housing prices are going to drop in 2011… and I’d only like to add that you can take that to the bank, as many people likely will.

But then Clark wraps up his article for Reuters with the following piece of good news:

But, then CR, after saying that perhaps mortgage delinquencies have peaked, leaves us with what I would think is a somewhat important note:

Note: With declining house prices, the number of homeowners with negative equity will increase – and the delinquency rate might start increasing again. 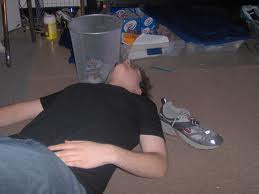 So, I wake up on my floor and sit back down at my computer and Global Economic Analysis, which is a blog written by Mish Shedlock pops up on my email and I open it and it says: A press release from LPS’ Mortgage Monitor Report shows Foreclosure Inventory Rising for 5th Straight Month.  Here are a few of the… er… well… lowlights:

The report also shows that one-third of loans that are 90 days or more delinquent have not made a payment in a year.”

Everything seems to be going just swimmingly, so don’t worry about a thing, right?  Come on, click the screen below and sing it with me… Everything is gonna’ be alight, rockabye, rockabye!