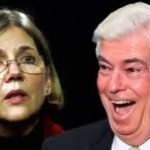 Without question, Elizabeth Warren was the right person to be appointed to head up the new Consumer Financial Protection Bureau, which has been created as a result of the recently passed financial reform bill.

Her appointment was easily the single most important appointment to a government post in my lifetime. Ā If you think Iām being dramatic, I assure you I am not.Ā  If anything, Iām understating the importance of Ms. Warren being named to the position.

If the battle had been lost, and I assure you that it was a battle in every sense of the word, that loss would not only have been costly for todayās consumers in monetary terms, but it would also likely have cost our children a few sheckles in the decades to come. 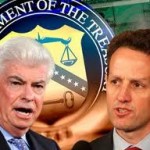 The banking lobby was THE ONLY group behind the opposition to Elizabeth Warren and that should tell you enough right there. Ā Warren wants to protect consumers, and it should be painfully obvious to everyone that bankers do not.Ā  Treasury Secretary Tim āTransparencyā Geithner and White House economic advisor, Larry Summers have been the two most visible individuals opposing Warren and they are also the two people who have engineered the banking bailouts, and left American homeowners to figure things out for themselves. 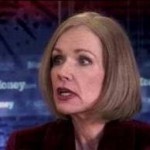 Hereās what Yves Smith said on her blog, Naked Capitalism, had to say about Warrenās appointment:

āWarren is the obvious choice to head the otherwise-guaranteed-to-be-a-joke consumer financial services agency due to set up its shingle at the Fed. She has been a tireless consumer advocate, is trusted and well liked by the public at large, an effective communicator and a respected legal scholar, and is willing to stare down political opponents. All those qualities make her hugely threatening. Banksters and their lobbyist allies have been saying loudly and clearly that they are firmly opposed to having Warren head the new consumer agency.ā

And hereās what Shahien Nasiripour wrote recently in The Huffington Post:

āTreasury Secretary Timothy Geithner has expressed opposition to the possible nomination of Elizabeth Warren to head the Consumer Financial Protection Bureau, according to a source with knowledge of Geithnerās views.Ā  Warrenās persistent oversight is part of the reason for Geithnerās opposition, according to the source.ā

āGeithnerās objections to Warren taking over that role also involve her views on Wall Street, sources say. The longtime professor believes the nationās megabanks are Too Big To Fail and have been among the biggest abusive lenders in the country. Her toughness on giant banks is said to be a longtime source of tension with Geithner.ā 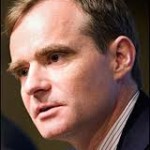 āWith his track record of survival, Geithner and his team apparently feel they can push hard against Elizabeth Warren and give the new consumer protection job to someone closer to their philosophy ā which is much more sympathetic to the banking industry.ā

āThe Administration is not about to change its stripes and suddenly take an action that might actually lead to some effective measures against the financial services industry. Itās clear they will oppose a Warren appointment; the only question is how openly they will do so.ā

Elizabeth Warren says she views the new bureau as āa way for the rest of us toā¦ get some balance, some leveling of the playing field, so that people can really see the products theyāre buying.ā

Here, here!Ā  Donāt we need some of that.Ā  We havenāt had any of that in more than 30 years.Ā  In 1980, a credit card disclosure was a single page.Ā  Today, itās dozens of pages of mouse type that basically says that the issuer can do pretty much whatever they want, whenever they want to do it.Ā  First Premier Bank actually has a card that charges a 79.9% interest rate!Ā  (Donāt worry thoughā¦ Iām sure it only applies to poor people, so screw āem, right?) 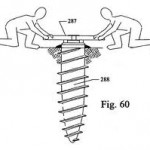 And that’s to say nothing of the snapping turtle, spring loaded mortgages that need to be refinanced every two or three years or they blow up your life. Ā Just in case there’s someone reading this who’s saying to themselves… “Gee, those people should have read their mortgages more carefully,” I only have one thing to say: Shut up, shut up, shut up. Ā (Well, that could be viewed as three things, I suppose.)

If you read the paperwork that comes along with an Option ARM mortgage, it talks about the payment potentially increasing by twofold by discussing the loan’s potential to RECAST… and RECAST is not even a word in the English language, according to the American Heritage Dictionary, 4th Edition, but if it were a word, it would be one that you might use when fishing. Ā After you’ve cast your line, should you not like where it went, you might RECAST it. Ā But as far as reading about your mortgage payment increasing… the word RECAST isn’t likely to be of much help for the average American, I would think.

If you want to warn someone about their mortgage payment doubling, it’s really quite easy, really, you simply put a round red sticker on the documents right by the signature line… it says: WARNING! PAYMENT MAY DOUBLE WITHOUT NOTICE. Ā See how easy that was?

(By the way, I’ve suggested that solution for disclosure before and people tend to laugh when I say it. Ā So, if that just made you chuckle, please write to me and tell me why it’s funny. Ā It’s mandelman@mac.com)

As a vocal consumer advocate, Warren faced opposition by Republicans and the finance industry.Ā  And that was to be expected.Ā  The lionās share of Republicans and every single one of the banksters have questioned whether Warren has the experience to run a large agency.Ā  Theyāve also suggested that her support for consumers will make it difficult for her to negotiate fairly.Ā  And all of that drivel was to be expected as well.

Chris Dodd, however, helped write the legislation that created the Bureau of Consumer Financial Protection at the Federal Reserve, and the goal was to create an agency that would police banks for credit card and mortgage lending abuses.Ā  And Doddās the Chair of the Senate Banking Committee, a staunch defender of Fannie and Freddie in the years leading up to their spectacular failures.Ā  (Both of the mortgage giants are now trading OTC right next to Blockbuster.)

And then, prior to her appointment this past Friday, when asked about the appointment of Elizabeth Warren to head the new agency, he replied by issuing a warning that her appointment may lead to a protracted confirmation fight in the Senate.Ā  In an interview with Bloombergās Judy Woodruff, Dodd said the following:

āWhat you donāt need to have is an eight-month battle for who the director or the head or chairperson of this new consumer financial protection bureau will be.Ā  Warrenās a good candidate, but some Senators have suggested they wonāt vote for her.ā

Is that right, Senator Dodd?Ā  Do you recognize what a sniveling coward that makes you sound like.Ā  Youāve been in the Senate sinceā¦ I donāt knowā¦ since well before we had cable television in this country. You were at the helm of the Senate Banking Committee leading up to the worst financial meltdown of the banking system since The Great Depression.Ā  You, Christopher, you.Ā  You were the guy completely asleep at the wheel when the bomb went off. 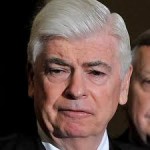 Your inaction and now oh-so-obvious incompetence has caused so much pain it could never be adequately described in words.Ā  Thatās right you, Christopher.Ā  Maybe not alone, but you were certainly one of the guys at the top of the heap.

And now, when the financial reform bill, as watered down as it is, has finally passedā¦ and you have the chance, before you retire into the sunset, to support the appointment of the only person in Washington thatās not pro-bankster, Elizabeth Warrenā¦ the only person who might just provide some degree of balance in a government that has so obviously become driven by the financial lobbyā¦ you run from the fight, suggesting publicly that she shouldnāt be appointed because some Senators have suggested that they wouldnāt vote for her?Ā  I guess thatās what they teach in the Peace Corps?

Well, fine.Ā  But, just so you and everyone in Washington D.C. knowsā¦ this has been the litmus test of your character.Ā  This has been the test that will show the rest of us, which among you are even remotely of the people, by the people and for the people.

Now that Elizabeth Warren has been appointed to the post, albeit temporarily, support her with whatever support you can offer, Senator Dodd.Ā  Let the ones that oppose Elizabeth Warren stand naked in the light. 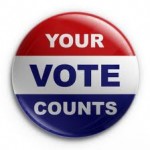