The Federal Reserve Made a Record $47.4 Billion HELPING Housing Market in 2009? 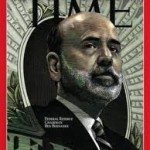 Well, how nice for them.  And very well done indeed.

You think I’m making this up, don’t you?  Well, I’m not.  I’m creative, but I’m not that creative.  I’ve actually known about this headline since it ran on April 22nd of this year.  I just couldn’t bring myself to write about it, so I just carried it around with me for the last three months, and every week or so I’d pull it out, stare at it for a minute, check to make sure it ran in the New York Times and not in The Onion, shake my head and go back to whatever I was doing.  I guess I simply couldn’t face it.

The Federal Reserve MADE A RECORD $47.4 BILLION HELPING the Housing Market in 2009???  Come again?

First if all, I want everyone to know that I’ve never used more than one question mark in my life.  And secondly, I want to run to my window, throw it open and scream at the top of my lungs:

“STOP HELPING!  I CAN’T TAKE ANYMORE OF YOUR HELP!”

I’m not sure I even care how the Fed made the money damn it… just give the money back!  We need it to stop the flood of foreclosures that is drowning this country as it destroys trillions upon trillions in consumer wealth.  The Fed doesn’t need or deserve $47.4 billion for anything it did in 2009.  They’re the people who make money out of thin air, right?  So, give it back and we’ll forget the whole thing ever happened, okay?

Apparently, Vincent Reinhart, the former director of monetary affairs at the Fed was joking when talking with the reporter from the New York Times when he said: “Central banking is a great business.”

Hahahahaha… he slays me.  (Actually, hey Vince… I’ll do the jokes from this point forward, okay?  Please sign the form below and return to me at your earliest convenience.) 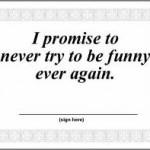 The Federal Reserve, by the way, doesn’t exist to make a profit like the commercial banks.  Until 2009, the Fed paid no interest on the bank reserves and other monies it holds, and it earns interest on the Treasury securities it holds.  According to the story in the Times, the “Fed’s profitability increased as an incidental result of the financial turmoil that began in 2007.”

Here’s what happened according to the story in the Times…

When the meltdown started the Fed wanted to hold down long-term interest rates in order to prop up the housing market, so it started buying more Treasuries, mortgage backed securities, and the debts of Fannie and Freddie.  As a result, the Fed’s balance sheet is now $2.3 TRILLION, which is roughly 2.5 times what it was before the crisis began.  Eventually, however, Bernanke will have to take steps to tighten monetary policy and return the Fed’s balance sheet to a more normal size.  If he doesn’t, that’s when we’d see real inflation and a significant depreciation of the dollar.  It’s a balancing act that no one wants to screw up, that’s for sure.

The Fed also made money charging troubled banks that needed the discount window and other emergency lending programs.  So, how nice for them that we were having such an emergency, I suppose.

The Fed also started paying .25 percent interest on deposits in October of 2008, when Bernanke realized that he could vacuum up all the excess cash that the banks were hoarding ever since the secondary mortgage market froze in 2007 when the triple A rated bonds came up short.  He used that cash to fund the programs that have propped up the banks without having to go back to Congress for more money, because frankly, TARP was enough for everyone.

And then there’s Maiden Lane I, Maiden Lane II, and Maiden Lane III… three Limited Liability Companies that the Fed formed to buy up the assets (read: mortgage backed securities and credit default swaps) of Bear Stearns, WaMu, and AIG that JPMorgan Chase and no one else for that matter wanted.  Of course, the Fed says that they don’t expect to lose money on any of those assets that no one else wanted… why would they, after all?

(By the way, I looked it up and the name, “Maiden Lane,” came from the little side street next to the Federal Reserve Bank of New York… Tim Geithner’s old stomping grounds.)

Okay, so that’s about as much boredom as I can stand… I don’t actually care what the Fed does or says mostly because I don’t believe a word they tell us.  But, when it comes to making record profits on HELPING the housing market in 2009, well… that just may be the most offensive thing I’ve ever heard, and it’s not easy to top that list after the last 18 months of Tim Geithner.

Time to get back to circling the drain… but you know my motto… Business is great, life is wonderful and people are terrific.