Home  »  The Foreclosure Crisis is Behind Us? Where? ĀWho says?

The Foreclosure Crisis is Behind Us? Where? ĀWho says?

This wonŌĆÖt take long. ItŌĆÖs not like I want to write about this topic. ItŌĆÖs just that I feel obligated to say something here, because if youŌĆÖre reading the mainstream newsŌĆ” or the lack of mainstream newsŌĆ” it could seem that the foreclosure crisis is now behind usŌĆ” AND ITŌĆÖS NOT.

In fact, I can tell you that itŌĆÖs not even close.

Maybe the mainstream media has simply gotten tired of the topic. And itŌĆÖs not like theyŌĆÖve ever had a particularly good handle on whatŌĆÖs going on in real life when it come to foreclosures in general. So, perhaps I shouldnŌĆÖt be surprised at the latest coverage, or lack thereof.

But I am surprised.

As recently as September of last year, RealtyTrac has been reporting that the crisis is ŌĆ£well behind us.ŌĆØ In its U.S. Foreclosure Market ReportŌäó for August 2014, were it reported on 116,913 U.S. properties in August, an increase of 7 percent from the previous month but still down 9 percent from a year ago.

Now, itŌĆÖs important to realize that RealtyTrac defines ŌĆ£foreclosure filingsŌĆØ as including, ŌĆ£default notices, scheduled auctions and bank repossessions.ŌĆØ That means that all of the delinquent loans on which no Notice of Default has been sent outŌĆ” yetŌĆ” arenŌĆÖt included. And there are always plenty of those. (For the record, I wrote about RealtyTracŌĆÖs September 2014 report on September 20th last year, and explained in detail what I found to be wrong or misleading.)

And, RealtyTracŌĆÖs vice president, Daren Blomquist, referring to the September 2014 report was quoted as sayingŌĆ”

ŌĆ£The August foreclosure numbers demonstrate that although the foreclosure crisis is well behind us, the messy business of cleaning up the distress lingering from the housing bust continues in many markets. The annual increase in foreclosure auctions ŌĆö the first since the robo-signing controversy rocked the foreclosure industry back in late 2010 ŌĆö indicates mortgage servicers are finally adjusting to the new paradigms for proper foreclosure that have been implemented in many states, whether by legislation or litigation or both.ŌĆØ

First of all, there are the Home Equity Lines of Credit (HELOCs), which are interest only loans for ten years, so the HELOCs that were taken out in 2004 and 2005 are all due to become fully amortizing loansŌĆ” meaning that their monthly payments are increasing significantly. That is already causing foreclosures to rise, and it will continue to do so through 2018.

ŌĆ£TransUnion, the credit rating firm, estimates that between $50 and $79 billion in home-equity loans risk default because of the increased payments, which could add hundreds or even thousands of dollars to payments a month.ŌĆØ

For another thing, the HAMP loan modifications that were granted in 2009 and 2010 were almost all modified to a lower interest rate, but only for five yearsŌĆ” so they are also now resetting to higher rates and therefore higher monthly payments. Since most peopleŌĆÖs incomes have not recovered to pre-crises levels, these higher payments are also a source of increasing delinquencies and therefore potential foreclosures. 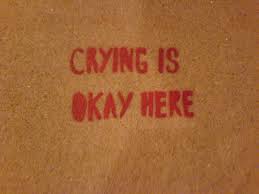 There are also a number of second mortgages, among other factors, that are causing increasing numbers of foreclosures. ┬ĀJust a couple of weeks ago, on February 11th, Mike Sunnuck, writing for the Phoenix Business Journal reportedŌĆ”

RealtyTrac also reported that foreclosure activity, whatever that means, was also reportedly up “in states such as Ohio, New Jersey, Maryland and California and metropolitan areas such as St. Louis, Los Angeles and San FranciscoŌĆ” and the worst cities for foreclosures include Atlantic City, Las Vegas and eight Florida markets including Tampa, Orlando, Miami and Jacksonville.”

Of course, compared with the carnage that went on during 2009-10, the number of completed foreclosures today is lower, but it’s akin to┬Āsaying it has declined from the intolerable to merely tragic. ┬ĀFrom three million, or so, down to $1.5 million last year is hardly something about which to brag. ┬ĀIt’s “down” to almost 30,000 completed foreclosures a week, “down” to over 4,000 a day… in this country… from sea to shining sea.

Then thereŌĆÖs the seemingly-impossible-to-count remaining unresolved delinquent loans that have been bouncing around the still-largely-dysfunctional loan modification process for the last several yearsŌĆ” in fact, quite a few are still bouncing around after five or even six years.

How do I know this to be true?

Because I hear from homeowners all over the country every single day who are still struggling through the process or trying to save their homes from foreclosure as they remain unable to make a payment after falling behind years ago. (In fact, I just helped one homeownerŌĆÖs loan get modified after seven years of not making a mortgage paymentŌĆ” not that IŌĆÖm suggesting that as being a good idea.)

The point isŌĆ” for many, the loan modification process is still much like driving a 40 year-old car with a million miles on it that doesnŌĆÖt have tires or a steering wheel, and is perpetually running on empty. Some people manage to get to a destination, but most are stuck somewhere along the road waiting for roadside assistance┬Āthat never comes.

In judicial states itŌĆÖs probably worse than non-judicial onesŌĆ” New York and New Jersey come immediately to mindŌĆ” but itŌĆÖs plenty bad all over. The reality is that I still get as many calls and emails as I ever did, and the problems people are having are the same as they always were.

It shouldnŌĆÖt come as a surprise to anyone that this is the case. After all, what have we done at the state or federal level over the last few years that would have changed the situation for the better? The answer isŌĆ” nothing.

So, are we thinking that the problems that caused eight million Americans to lose homes to foreclosure are going to fix themselves? Because if thatŌĆÖs what youŌĆÖre thinking might happen, then all I can say is please pass the bongŌĆ” and the OreosŌĆ” because I want some of whatever youŌĆÖre smoking.

The foreclosure crisis is nowhere near overŌĆ” the economy is still on what could be described as government-funded life supportŌĆ” most kids under 30 are living with their parentsŌĆ” qualifying for a mortgage remains painful and difficultŌĆ” and if youŌĆÖre not underwater, then youŌĆÖre close. Maybe not in North Dakota or IowaŌĆ” IŌĆÖm talking about places where people actually live.

And I donŌĆÖt care about what the media has to say about the subject. I get proof of the ongoing crisis in my email inbox every single day. IŌĆÖll let you know when that changes.

P.S. If you need help getting your loan modified, especially if you’re with Bank of America or Ocwen, but others are okay as well, email me at: mandelman@mac.com. ┬ĀI want to hear your story and can usually help in some way.