Home  »  Hartford Beats Out Newark for Most Underwater Mortgages… What to Do, What to Do?

Hartford Beats Out Newark for Most Underwater Mortgages… What to Do, What to Do? 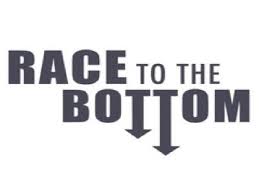 Last Friday, Newark, New Jersey announced that, as part of their effort to combat the devastating effects that foreclosures continue to have on the cityās housing market, it is moving forward with a plan to use eminent domain to take over underwater mortgages in order to write them down for homeowners.

However, as it turns out, Newarkās housing market isnāt in the worst shape of any U.S. city.Ā  To visit the city with that distinction, you need to head north from Newark about 125 milesā¦ and when you get to Hartford, Connecticutā¦ youāve arrived at the bottom.

Researchers at the University of California at Berkeley recently published the results of a study titled,Ā “Underwater America: How The So-Called Housing ‘Recovery’ Is Bypassing Many American Communities.āĀ  That study showed that as of the end of last year, 54 percent of the homes in Newark were underwater.

Hartford , however, had an inconceivable 61 percent of mortgages underwater in 2013.

The Berkeley studyā¦ ācautions lenders against curtailing programs that reduce what is owed on home loans to current market values. If that is not possible, the study says, lenders should allow publicly owned or nonprofit organizations to acquire the loans and restructure their terms.ā

According to the Berkeley study, Hartford’s population is 83 percent African-American and Latino, with median Ā household income thatās half of the national average.

And thatās interesting, because Richmond, California, another city widely known to be considering the use of eminent domain as a result of devastation caused by foreclosures is roughly 70 percent black and brownā¦ and Newark, by the way, is just under 89 percent minorities, which makes me think I should describe them as āmajorities.ā

Hang on a minuteā¦ I may be onto something here.Ā  Allow me to posit the followingā¦

Since the opposition to this use of eminent domain often claim that this crisis was largely caused by āirresponsible borrowers,ā then based on the racial make up of Richmond, Hartford and Newark, arenāt they saying that black and brown people are significantly more irresponsible than white people?Ā

That explains a lot actually.Ā  Like why black and brown people are so routinely charged higher interest rates than white people.Ā  Itās not a form of discrimination, itās because theyāre genetically less responsible than those with lighter skin tones.Ā  Who knew?

Hartfordās Mayor Pedro E. Segarra admits that his city is struggling with underwater mortgages. In response to that struggle, he says that city officials are working with homeowners on tax liens, working with the legislature on the city’s tax structure, and driving economic development to increase property values.

So, based on that course of action, I can say with confidence that Hartford is in absolutely no danger of ending its struggle with underwater mortgages.

I mean, I donāt know what āworking with homeowners on tax liensā means exactly, nor do I know what the mayor means by āworking with the legislature on the cityās tax structure,ā but I know that neither has anything to do with ending a struggle with underwater loans.

And as far as ādriving economic development to increase property valuesā goes, all I can say isā¦ are you kidding me?Ā  The U.S. Treasury, Obama Administration and Federal Reserve has been pumping untold trillions into our economy for six years straight, and what you see today is the best weāve been able to do.

With all due respect, the idea that the city of Hartford would be able to drive economic development to the point that it would increase property values is laughable.

Perhaps in 2009, it was difficult to be sure about how things would go in the years ahead.Ā  Perhaps that was true in 2010, 2011, or even 2012ā¦ but itās 2014, and today it requires magical thinking or a learning disability to continue believing that home values will be appreciating anytime soon.

Thereās no question that housing is preventing our economy from recovering, at least in such a way that the middle class can feel it, but the problems facing our housing market are the sort of problems that will take years to solveā¦ unless we write down the massive debt overhang that weāve been unwilling to address to-date.

Assets that drop precipitously in value when a bubble deflates, simply do not re-inflate themselves.

Consumers lost trillions in accumulated wealth since 2008, credit remains tighter than any of us can remember, and median income has fallen steadily for the last five years. The result, it should come as no surprise, has been reduced consumer spending of something like 30 percent.

Consumers cut spending which meant diminished corporate profits, which meant workers getting laid off and culminated in long-term unemployment numbers that have left tens of millions without hope for years.Ā  In twenty percent of American families today, no one is working.

Employers will hire when people can spend again.Ā  But it shouldnāt be hard to understand that people canāt spend while paying off a $300,000 loan on a $150,000 home.Ā  And being in denial about that, or anything else at this pointā¦ should be barely tolerable for anyone involvedā¦ and we are all involved.

And yet, I think Mayor Segarraās view of the foreclosure crisis and the Berkeley study on underwater mortgages can be best understood by reading his recent quote in the Hartford Courantā¦

“I don’t deny we have many homes in Hartford that are underwater, but to the extent they have reported, I absolutely disagree.”Ā  Segarra said he believes zillow.com is assigning values to properties that are too low.

And Saqib Bhatti, a researcher at U.C. Berkeley, and co-author of the āUnderwater Americaā report said the following…

“We need local officials to take action so there can be an equitable recovery for all Americans.Ā  The neighborhoods need help. The situation won’t fix itself.”

In fact, I think most of this country, as led by the haunting melodies of Rick Sharga, Marz Zandi and Daren Blomquistā¦ the ghosts of housingās past, present and future, respectivelyā¦ and central bankers worldwide, all think that the situation will āfix itself,ā with at least half believing that it has already done so.

Of course, Iād be willing to bet that those ābelieversā donāt live anywhere near Hartford, Richmond or Newark.

Bhatti explains that the perception that the housing market is recovering is coming from the suburbs where, based on his assessment, I think it’s safe to assume a bunch of delusional white people live.