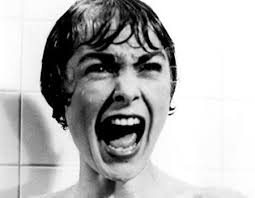 It started out sayingâ€¦ â€śIn approving legislation for FY2015 for the Department of Housing and Urban Development, the House Appropriations Committee included a general provision that prohibits the Federal Housing Authority (FHA) from financing or refinancing a loan that has been seized using eminent domain.â€ť

So, according to a House Committee, if a city forces the sale of a property using eminent domain, which would mean that the courts approved the action as being constitutional, FHA should be prohibited from being used to finance a loan on that property.

You did something constitutional, and that means a homeowner canâ€™t use the federal, taxpayer funded housing finance program to get a new loan on that property. Â However, if youâ€™re a servicer, and you foreclose improperly on a home and then sell it to bona fide third party, that buyer is welcome to use FHA, VA, USDAâ€¦ whatever federal housing finance program he or she would like.

So, if you take the property legally, you cannot use FHAâ€¦ but if you foreclose illegally and sell it to a bona fide third party, that buyer certainly can use FHA.Â  And if that makes any sense whatsoever to you, perhaps youâ€™ve been out in the sun too long.

It caused me to pause for a few moments until I checked around and discovered that itâ€™s just a committee and has no real chance of being approved by the House, much less the Senate, meaning that itâ€™s far from likely to ever become law.

The article continuedâ€¦ “The Committee continues to be concerned about proposals for local governments to seize underwater performing mortgages and then refinance them into an FHA product,” the committee wrote in its report on the legislation. “Both an FHA official and the former head of the Federal Housing Financing Agency raised significant concerns about the proposal and its negative effect on private capital availability, mortgage credit, and its harm to investors and taxpayers.”

A negative effect on private capital availability and mortgage credit, and the harm to investors and taxpayers?Â  Weâ€™re talking about 600 and some odd homes in Richmond, California hereâ€¦ arenâ€™t we perhaps leaning a tad on the dramatic side?

And what private capital and mortgage credit is going to be negatively affected, exactly?Â  Something very close to 99 percent of the mortgages originated last year were government loans in one way or another.Â  Iâ€™m willing to bet that the sum total of the private capital that found its way to Richmond over the last few years is zero.

Now, letâ€™s talk harm to investors and taxpayersâ€¦ actually the taxpayers part completely escapes meâ€¦ I have no idea what about eminent domain would cause taxpayer losses.Â  But, investorsâ€¦ they have money investedâ€¦ will they lose out because of being forced to sell via the use of eminent domain.Â  Itâ€™s actually quite funny because I think the clear answer is no.

Letâ€™s say youâ€™re an investor, just to keep things simpleâ€¦ and you own a $300,000 loan secured by a home in Richmond that now appraises for $100,000, although you might not be able to sell it for its appraised valueâ€¦ Richmond is not exactly a â€śhigh demandâ€ť area these days.Â  Well, one of the requirements for a court to approve the use of eminent domain is that the city pay the investor fair market value, so in this example, the investor would be receiving $100,000.

But, if the 600 homes the city is eyeing to take over were all put on the market in Richmond, itâ€™s safe to say that prices would fall, and they may fall further for other reasons still.Â  The point is, finding someone willing to pay you fair market value is likely to be better than you could do under any other circumstances.

If you were to have to foreclose on the property and sell it as an REO, youâ€™d be lucky to get out of there with half of todayâ€™s fair market value.Â

So, where are these losses to investors coming from, would you guess?Â  Why, at some undisclosed future point in timeâ€¦. Or in other wordsâ€¦ maybe values will come back, I mean, look how housing has been recovering.Â  Thatâ€™s just laugh-out-loud funny at this point.

(Somebody cue Zandi, Blomquist and Shargaâ€¦ housingâ€™s Three Libidos, for whom recovery is always right around the corner.)

The Securities Industry and Financial Markets Association (SIFMA), brought the initiative to the congressional committee and issued a press release as if the committeeâ€™s vote was a major victoryâ€¦Â  â€śSIFMA Commends House Committee for Taking Action to Stop Eminent Domain Schemeâ€ť

According to the articleâ€¦ â€śMore than 20 municipalities in California and elsewhere have publicly considered a plan using eminent domain, and some have entered into an advisory services agreement with a mortgage firm for this purpose, according to the committee.â€ť

According to SIFMAâ€¦ â€śShould FHA allow this scheme to move forward, investors in pension plans, 401Ks, mutual funds and other savings and retirement accounts will suffer the losses.Â  Today’s action is an important development in the fight to remove a cloud hanging over our housing markets.”

Can you feel the level of fear emanating from SIFMAâ€™s press release?Â  Maybe this will helpâ€¦

â€śâ€¦ House Committee on Appropriations voted to adopt a legislative provision (Section 233) which, if signed into law, would effectively eliminate the threat that eminent domain could be used to seize mortgages, a serious concern of housing market participants for over two years.â€ť

“â€¦ should FHA allow this scheme to move forward, investors in pension plans, 401Ks, mutual funds and other savings and retirement accounts will suffer the losses.”

Wait a minute hereâ€¦ I thought the banking lobbyists all said it was unconstitutional and would never get out of the courts.Â  Guess they arenâ€™t so sure anymore, because why would you need take this to a congressional committee if eminent domain was never going to be upheld for this purpose by the court.

SIFMA knows that the chances of Section 233 becoming law areâ€¦ remote.Â  But, in terms of themes, it does make for one heck of a press release, doesnâ€™t it?

Well, at least we all now know that the financial industry isnâ€™t at all scared or even nervous about the use of eminent domain beingâ€¦ eminent.Â  Yeah, Iâ€™d say taking this sort of action shows me that SIFMA has everything under control.