Home  »  Underwater and Unsolvable – A Lifetime of Homeowner Mortgage Debt

Underwater and Unsolvable – A Lifetime of Homeowner Mortgage Debt 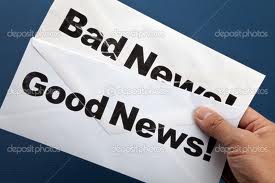 If you’re one of those that’s been thinking that there’s some sort of solution for the U.S. housing market that would result in our country’s economy getting growing again, and that our government is ignoring or unwilling to implement, I have some good news and some bad news for you.  Which do you want first?

The bad news?  Okay… The bad news is that there is no possible solution… so, what you see is what you’re going to get for a long, long time.  There will be no writing down of debt, no mass debt forgiveness, no answer to the foreclosure crisis… nothing.

Ready for the good news?  Okay… There’s no question about it, so there’s no point in thinking about it anymore.  It’s what you would call an absolute certainty and you’re about to see why.

First of all, however, let’s just take a moment to understand some economic highlights.  I think most understand that our economy is not really growing and most of us are still feeling like we’re in something close to a recession… or worse.

As of last year, real median household income had declined every year for the last five in a row, from roughly $55,000 to $50,000… and during that same time period, 2007-2012, the commodity price index, which is a basket of food, fuel and other essential commodities, rose by 20%!

We will be much worse off in 2016, than we were at the end of 2012.  And as each year goes by, we will increasingly experience the same sort of anxiety and anguish of those who lived through the 1930s.

Just two years from now, in 2016, it will have been 10 years since foreclosures first spiked in the fall of that year.  At that point we will have completed our first “lost decade.”

And you know why all of this is, right?  It’s the result of what macro-economists would refer to as “household mortgage debt overhang,” which was the subject studied by Irving Fisher, a man some have called “the greatest economist the United States has ever produced.”

Following the stock market crash of 1929, Fisher developed a theory he called debt-deflation, which attributed the Great Depression, to the bursting of a credit bubble.  According to Fisher, the demise of a credit bubble starts a string of events that combine to have an extremely deleterious impact on the economy.  Sound familiar?

There’s no question that U.S. household debt overhang is related to the country’s weak economic recovery.  According to Karen Dynan and co-director at the Brookings Institute, Homeowners being “underwater,” meaning that the amount of their mortgage balances exceeds the value of their homes, have faced severe financial constraints for several reasons.

One was the inability to refinance when mortgage rates fell, which meant they couldn’t reduce their monthly payments like those with equity could.  Being underwater also prevented people from being able to sell their homes in the face of job loss, illness, injury, divorce, or other life events that impaired their ability to make mortgage payments.

Many homeowners defaulted because of these circumstances, there have been millions of foreclosures as a result, and countless others remain underwater today.  These homeowners remain unable to move or borrow, and with little hope of being in an equity position any time soon.

In addition, the drop in home prices has affected household balance sheets in two ways—it has caused increased debt, and a decline in wealth.  Predictably, that has led to reduced spending by homeowners, which has continued to put downward pressure on our GDP and constrained our economy’s ability to grow.

Consider also that the amount a household consumes is determined by income, accumulated wealth, the returns earned on investments, uncertainty, risk tolerance, and the ability to borrow.  The effect of the debt overhang and underwater loans has been to negatively impact all of those areas, and our economy continues to struggle to move forward as a result.

Does that about cover it?  There should be no question in anyone’s mind that because our housing markets have not recovered neither has our economy.  It’s not that we need jobs to improve the housing markets, it’s that we need to fix housing in order to create jobs.

So, why don’t we do something about the problem?

Because there’s nothing we can do.

According to a Federal Reserve Bank of New York Staff Report in 2012, roughly half of all privately securitized mortgages have some type of second mortgage.   These loans were not securitized, and there are $1.4 trillion in these loans that reside on bank balance sheets, according to the FFIEC Peer Group Average Report, and as such they pose a potential risk to the U.S. banking system.

In addition, second liens are much more likely to be underwater than first liens, but since accounting rules allow loans held to maturity to not be marked to market, the true value of these loans is not being reflected on bank financials.

During the foreclosure process, these second liens are typically wiped out completely because they are subordinate to the first mortgage, and during short sales, these lien holders often accept literally pennies on the dollar from the holder of the first, in exchange for allowing the sale to proceed.

HAMP offers to pay second lien holders a small amount to cover the costs of modifying or writing off second liens, rather than holding up the modification process, but only 76,218 have been modified with fewer than 17,000 written off as of April 2012.

So, the bottom-line is that second lien holders are often an impediment to loans being modified, and based on the numbers above, obviously do not want to play ball.

The reason is simple… if the banks had to write down their second liens to their fair market value, it would mean recognizing untold billions in losses, and the specific amounts would depend on how much equity is in the house according to some source for appraised value.  So, if the estimated appraised value of homes were higher, the losses from writing down second liens would be less.

And, will wonders never cease, even with home sales freely falling, mortgage purchase originations dying on the proverbial vine, and none of the market fundamentals having changed in the least… home prices seem positively irrepressible.

Regardless, there’s only one way the banks can write down the seconds on their books… slowly over time… maybe quite some time.

Why do the banks fight the use of eminent domain to write down loans?  Because if the firsts are taken and written down, it opens the doors for the seconds to be taken and written off as well, and that would mean the holders of the seconds would receive fair market value, which could be close to nothing, thus triggering enormous to potentially fatal losses.

And that could potentially drive the entire banking system towards insolvency once again… which cannot happen. You could take the firsts and pay fair market value, but not the seconds or Treasury would step in and stop it.

Saudi Sovereign Wealth Funds, German banks, and hedge funds own the first, and no one cares about them at all.  But, there are also pension plans who own RMBS.  And if they lose too much, there will be old people who are eating cat food and can’t buy medicine… and that can’t happen either.

The only way to get rid of a multi-trillion debt overhang is for others to lose trillions of dollars.

The only way to write down mortgages is for the U.S. government to buy out all of the underwater firsts at full price and and write them down to market value… which would cause U.S. taxpayers to take loss in the trillions.

But, with only 4% of mortgages are in default this year… and only 10% lost to foreclosure to-date… at least 80 percent of loans are current.  And if the government were to announce that taxpayers would be taking let’s say a $5 trillion loss to bail out underwater homeowners, there’d be plenty people marching in streets and calling their elected representatives screaming NO!

TARP didn’t pass the first time and it was only $700 billion.  A multi-trillion taxpayer loss would never pass Congress… politically speaking.  I can’t even imagine anyone ever bringing up the idea in public.

Only the U.S. taxpayers can take losses of that magnitude, and politically there’s no way that can happen either.  I’m afraid we are in for a long, increasingly unmanageable downward slide.

Because if you want to get rid of a multi-trillion debt overhang, someone has to lose trillions of dollars.  There’s just no way around that.

See you in the soup lines.