Home  »  Glaski Attorney Richard Antognini on the Court’s Decision and What’s Next for Mr. Glaski – A Mandelman Matters Podcast

Glaski Attorney Richard Antognini on the Court’s Decision and What’s Next for Mr. Glaski – A Mandelman Matters Podcast 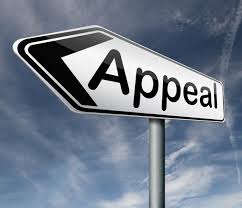 Richard Antognini is the appellate lawyer that represented Mr. Thomas Glaski of Fresno, California… and he’s my guest on this Mandelman Matters Podcast.  Arguing the case in the Fifth District of California’s Court of Appeal, Richard managed to beat the odds, somehow persuading the high court to render a decision that now allows Mr. Glaski to return to the trial court, where he will be permitted to challenge the validity of his loan’s assignment to the securitized trust that over four years ago, foreclosed on his home.

If he prevails, and the lower court rules that the assignment of his loan to the trust was in fact void, his foreclosure will be considered a “wrongful foreclosure,” and he will be eligible to receive monetary damages.

The key issue involves the timing of the loan’s assignment.  As Richard explained to the court, the Pooling & Servicing Agreement (“PSA”), which is the governing contract involved, along with the Internal Revenue Code and New York State’s trust law, all make it clear that if the loan wasn’t assigned within the stated period of time, the trust becomes closed and can no longer accept any more loans.  Some PSAs allow loans to be assigned for 90 days after the trust closes, others only allow for 45 days.

In Mr. Glaski’s case, however the assignments of his loan to the trust appear to have been recorded in 2009… but this trust would have closed back in 2005… so it’s not like I felt the need to include the month of the 2009 assignment to make the point.  If everything checks out, it sure appears that any assignment done in 2009, would not have complied with the applicable rules and laws.

The thing is that in California, a number of appellate decisions have generally precluded borrowers from making such allegations in an attempt to prevent a foreclosure… until now.  Richard Antognini managed to successfully maneuver his way around the state’s appeals court decisions as far as the court was concerned, and when the decision was published a couple weeks later… it seemed like the first real cause for celebration resulting from a decision in California’s courts since the crisis began. It wasn’t just what he said… it was also how he said it.

Even though there have been several potential problems with the decision raised, such as the discovery that the trust in question is a Delaware trust, and therefore not one subject to New York trust law as previously thought and as presented to the court… regardless, the inside story of the Glaski decision is still a fascinating journey inside our state’s court system related to foreclosures… and the decision is still an important one from which many could learn a great deal.

But right now… it’s time for a real treat.  I’ve interviewed many outstanding foreclosure defense attorneys on Mandelman Matters podcasts over the years, but I think this interview with Richard is going to go down as being one my very best.

On this Mandelman Matters Podcast, not only will Richard leave listeners with a level of understanding specific to the Glaski decision that would otherwise be simply unavailable, but he’ll also talk about other recent decisions in California that he says are very important to homeowners… he’ll offer guidance to lawyers and pro se litigants fighting to keep their homes from being lost to foreclosure… and he’ll even share his best guesses as to what’s next for Mr. Glaski.

JUST TURN UP YOUR SPEAKERS AND CLICK PLAY BELOW…