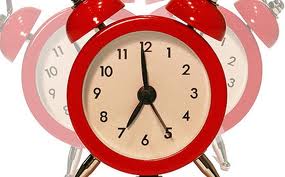 Here’s what can happen when people get lulled into a false sense of security listening to the news stories about how our housing markets have rebounded and foreclosures are down… we risk losing the things that are helping homeowners.

When the foreclosure crisis began, and for the first few years as foreclosures continued unabated, foreclosure mediation programs were unheard of… in fact, it wasn’t until people realized that HAMP wasn’t really working as advertised and banks weren’t modifying loans in the numbers they should that states started considering making mediation part of the process.

I could be wrong about this, but if memory serves it was Nevada that was first to put in such a program for its residents… it didn’t work very well at first, but other states reluctantly followed suit… and finally after several years, the effectiveness of the various state programs has improved.

Still, and even with the problems faced by homeowners attempting to get their loans modified so widely known, it’s never easy to put a mediation program in place.  St. Louis and St. Louis County reportedly finally passed a mediation ordinance, “amid tales of chaos in the mortgage servicing business as foreclosures mounted.”

The main reason it’s so hard to get mediation programs approved is that bankers don’t like them, claiming that mediation programs only add costs, delaying foreclosures that are inevitable.  In Missouri, the industry is also claiming that varying rules in different counties are too difficult for them, which just sounds ridiculous to me. It’s mediation banker-people… sit down and see if a deal can be made.  Enough whining already.

The industry fights the creation of such programs, in fact the St. Louis and St. Louis County mediation program requirements are currently blocked by legal challenges filed by bankers still pending in Missouri’s courts.

However, contradictory to the claims that mediation is ineffective, a Missouri housing counseling agency, Beyond Housing, reported that before the bankers went to court to block the program’s implementation, 40 mediations were actually held and in all but three… an agreement was reached and homes were saved from foreclosure.

The agency also says that 950 foreclosures were filed in St. Louis and St. Louis County between the time the program went into effect and the bankers blocked it in the courts and roughly a third… 274 of those homeowners asked for mediation.

According to the St. Louis Post-Dispatch…

“Banks pay $350 for the mediation. The mediator can’t stop a foreclosure. But banks face $1,000 fines under the county ordinance if they refuse to mediate, or if the mediator says the bankers acted in bad faith. The fine in the city is $500.”

Beyond Housing’s CEO, Chris Krehmeyer says that Missouri’s homeowners are still losing homes to foreclosure that shouldn’t be lost, and like all the housing advocates I’ve ever heard speak out on the subject, claims that mediation is good for lenders because they lose less when modifying, blah, blah, blah.

He also points out that foreclosures also sell for 30 percent less than comparable homes, and that banks pay legal and maintenance fees for the homes they repossess.  And property taxes too, Chris… don’t forget the property taxes.

Of course, the problem is that Chris is ignoring the distinction between lenders and servicers… the difference being that servicers don’t pay the costs he’s referring to as those costs are paid out of the trust who holds the mortgages in pools of loans that are divided into tranches.  Certificate holders in the various tranches are entitled to a percentage of the cash flows produced by the payments on the loans.  The AAA tranches get paid first so lower tranches take the first losses… but regardless, certificate holders don’t own the loans or the homes.

Then there are questions about the accounting rules and who is required to recognize losses under what circumstances, to say nothing about the role of LPS as the default servicer and the foreclosure mill law firms that LPS assigns to handle foreclosures based on how quickly they handle such matters.

The point is, Chris has no idea who comes out ahead when comparing a modification to a foreclosure, and neither does anyone else… it’s a very fluid sort of calculation and can depend on the servicer’s financial condition at any given moment, and on what is forecasted in the near future for the housing market in the specific area of each home.

If the calculation assumes the home will re-sell quickly after foreclosure, it’s better for the investor’s financial return, but if the assumption is that the “REO Hold Time,” which is the term used by the industry, is going to be 24 months, then that means something entirely different for the numbers.

And that’s why attitudes about future housing markets are so important to those in government and the banking industry… the numbers look better if everyone believes that housing is recovering.  Such delusional thinking also has the tendency to cause homeowners to ignore the plight of those still at risk of foreclosure, which makes it that much easier for the lobbyists to slip in legislation to kill state mediation programs, among other things.

Missouri is just the latest example of such a strategy at work.  According to the St. Louis Post-Dispatch, this new bill to end the mediation program, “caught foreclosure counselors by surprise.”  The Post story also quoted Karen Wallensak, director of Catholic Charities community services, who said…

“It kind of sneaked its way through the Legislature and only caught our eye last week.”

Missouri homeowners had better wake up, and all homeowners should treat this like a wake up call, because mediation programs took years to get in place, and years to make as effective as they often are today.  Once these programs are gone, it’s extremely unlikely that they will ever return.

The bill, NOS. 446 & 211, has passed the Missouri House of Representatives and the state’s senate passed it with no changes, so if you want it stopped, you’d better waste no time contacting your Missouri governor’s office.  It’s time to make your voice heard, or the effects of foreclosures will be that much worse for that much longer.

And unless you believe that the foreclosure picture in this country somehow magically changed dramatically over the last month or two… you don’t want to wake up one day to find out you might need mediation… only it’s no longer there… and you’re on your own trying to get your loan modified by sitting on the phone with your servicer.

Mandelman Matters’ Trusted Attorney in Missouri is Dale Wiley… and you can get to know him here: