In Case You’re of a Mind to Help… 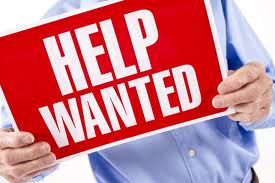 Just so you know, asking for donations is about my least favorite thing to do… so much so, that I never seem to be able to bring myself to do it. ¬†But, I thought I’d mention a few things about Mandelman Matters just so you know the facts.

1. It’s a lot of work writing a blog… any blog… but Mandelman Matters is all original content written by me, it’s not a cut and paste job. ¬†I write about subjects that I think matter to homeowners. ¬†My facts are accurate and sourced, and my opinions are anything but subtle. ¬†To-date, I’ve written more than 850 articles, in 2012 alone I posted more than 225, and each post is there to help homeowners by providing accurate information, hopefully in an entertaining way. ¬†And you won’t find any advertising on my site, not even Google AdWords.

2. I produce podcasts with recognized experts in their respective fields. ¬†This past year, for example, I interviewed Neil Barofsky and William K. Black… Catherine Austin Fitts and Fannie’s former chief credit officer, Ed Pinto. ¬†I also try to prevent homeowners from being scammed by interviewing some of the top foreclosure defense lawyers in the country… attorneys I know and trust… about what homeowners in their respective states need to know about saving their homes from foreclosure. ¬†And no one pays me a dime for referring anyone to a lawyer… ever. ¬†Lawyers like Max Gardner, Tom Cox, Bruce Levitt, Matt Weidner, and many more.

3. I actually step in to help homeowners stop unjust foreclosures and get their loans modified, either though my DOER alerts or by being able to contact senior managers at some of the largest servicers in the county… and my track record is darn good. ¬†I’ve actually helped several hundred homeowners this past year, and it has been so successful that I plan to expand my ability to do this next year. ¬†Oh, and I’ve never charged anyone a nickel, nor have I been paid a nickel for any of this work… just so we’re clear about that.

4. In 2013, I’ll be launching 20 state specific blogs, sub-domains to my main site, on which readers will find articles and information specific to their state. ¬†Foreclosure is a state-by-state problem. ¬†Decisions in the courts of one state don’t mean very much to homeowners in another state, and the situation related to foreclosures in one state can vary wildly when compared with another. ¬†That’s why you’ll be seeing Mandelman Matters in 20 state specific versions starting in January of the new year. ¬†The latest decisions affecting homeowners in each state’s courts… links to all the state resources in one place… and trusted attorneys by state so you can know who you can call for accurate¬†information on what’s working and what’s not in your home state. ¬†Here’s a link to Mandelman Matters-Oregon¬†so you can get the idea.

Today I spent the day interviewing homeowners to create a podcast documentary featuring homeowners telling their stories of what they’ve been through as they’ve saved their homes from foreclosure.

It was a long day, and it wasn’t easy to find people willing to talk publicly about what they went through… where they started and where they ended up. ¬†I contacted lawyers I know and asked them if they would contact their clients, asking if I could record an interview with them for use in a podcast documenting their struggles.

And I realized, after spending about 20 hours on the project, that it would be a lot of work before it would be done… in the can, as it were.

I think it’s an important project, however, because its occurred to me that no one ever meets these people… those that went through the hell of trying to get their loans modified and ultimately found attorneys who helped them save their homes from foreclosure. ¬†Once saved, they return to their normal lives, never to mention to others what they went through.

I’ll tell you this… it’s very moving stuff. ¬†It’s astonishing what people went through in this country that no one would ever know about… were it not for people like me documenting what’s gone on and continues to go on every day from sea to shining sea.

Maybe that’s why we haven’t really changed how we’re handling foreclosures in this country. ¬†Maybe if more people knew what people were going through, there’d be more of an outcry for change in this country.

It’s been four years since HAMP was launched, and apparently our best advice is still, “Call your bank directly, or call a HUD counselor.”¬†¬†And when neither of those things work, I suppose the collective message is: “Go fish.”

So, at least hundreds of thousands go fishing online and so many are ripped off it’s impossible to even count them anymore. ¬†I can tell you this… I almost never encounter a homeowner today who hasn’t been scammed at least once… and most today, more than once. ¬†Do the math on that situation and you’ll quickly realize that we’re talking about a waste of enormous proportion.

To-date, roughly 10 million homeowners have received foreclosure notices since the crisis began in 2007. ¬†Four to five million homes have been repossessed as of this year’s end. ¬†We’ve modified something like six million loans, 5.92 million according to HopeNow. ¬†¬†HAMP has seen 1.9 million trial modifications, and 1,106,599 permanent modifications… according to the latest HAMP Scorecard.

If we assume that 70 percent of the homes repossessed and modified were included in the 10 million that received a foreclosure notice, then as of year-end 2012, something in the neighborhood of 16 million homes have been in some way touched by the foreclosure crisis since 2007, with another two million 30-90 days delinquent.

That’s looking at data from LPS, RealtyTrac, HopeNow, Treasury’s housing scorecard, and DataQuick… and my only point is… it’s a lot.

If 100,000 homeowners have been ripped off for just $2,000 each… we’re talking about $200 MILLION that’s been spent on nothing. ¬†And I would bet just about anything that the real number scammed is ten-fold that 100,000 number, which would make the amount taken from homeowners at risk of foreclosure $2 BILLION.

And is that really so hard to believe considering the numbers involved? ¬†I mean, 16 million have been affected by the foreclosure crises. ¬†So, to think that two million were ripped off for $3,000 each? ¬†Well, that just doesn’t seem at all out of the realm of possibility to me. ¬†But, let’s say I’m wrong by half… so, the number is only $3 BILLION? ¬†If I’m wrong by a factor of 10… we’re still talking $600 million in B.S.

And the only way we’re going to stop people from being taken advantage of is by making accurate information abundant.

But, even with scams more prevalent than ever, and knowing that it’s common knowledge that getting one’s loan modified is somewhere between difficult and impossible, institutionally our only advice remains,¬†“call your bank directly or call a HUD counselor.”

The people I’m interested in hearing from are the actual homeowners that have been there and done that. ¬†I completed 14 interviews today…¬†I have 107 to left to interview, but I’m getting more in each day.

If you’re a homeowner who would be interviewed about your specific experience saving your home from foreclosure, or if you have clients you’ve helped avoid foreclosure and they are okay with me calling to record an interview with them, let me know by emailing me: mandelman@mac.com.

So, I want you to know that Mandelman Matters is a non-profit corporation… I’m pro-homeowner every time… I do what I do without being compensated… I don’t have ads on my site… I don’t sell anything to homeowners… I never charge homeowners a nickel… and no one pays me for referring anyone anywhere.

If anyone tells you otherwise, send me an email and we’ll set up a conference call so we can straighten out whatever they’re misunderstanding. ¬†And my rule is simple… if I can’t disclose it, I don’t do it… so you can rest assured that if anything changes, you’ll know.

WIth all of that in mind… if you’ve found what Mandelman Matters has brought to you to be valuable, I’d very much appreciate any donations to help support what I’ll continue to do this coming year and beyond. ¬†I’m determined to make a tangible and positive difference in the lives of my readers, and to do more to help homeowners this year than last.

And your support matters… a lot.