Home  »  FTC Shuts Down Forensic Audit Scam that claims: 95% of mortgages may be legally unenforceable. (Where have I heard that before?)

FTC Shuts Down Forensic Audit Scam that claims: 95% of mortgages may be legally unenforceable. (Where have I heard that before?) 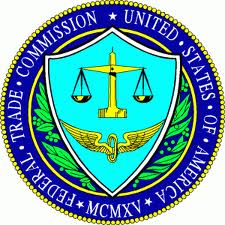 Just a few days ago, the FTC sent out the press release shown in its entirety below. ┬ĀThey shut down a forensic loan audit scam in Los Angeles.

Now, this is one of those stories that makes you feel the same way you do when you hear that the DEA has just busted a drug cartel that was bringing tons of heroin into this country. ┬ĀYes, it’s a good thing, of course, and those involved should be commended. ┬ĀBut, at the same time you know that you won’t be hearing about any heroin shortage as a result.

Still, I got to meet a couple of fairly senior guys at the FTC a couple of years back when I ┬Āwas invited to be a speaker on a panel at the American Bar Association’s Conference on Consumer Financial Services. ┬ĀAlso on that panel was┬ĀTom Pahl, Assistant Director of the Division of Financial Practices.

Tom was up first and he talked about loan modification scams. ┬ĀI went next and besides being much funnier than he was… I talked about the legitimate lawyers that many consumers needed in order to get their loans modified. ┬ĀI’m fairly passionate about the subject, and obviously made an impression on the audience, so as I sat down, Tom immediately stood back up, went to the microphone and said he wanted a rebuttal.

I started flipping through the papers in front of me, pretending to look for something, and saying, “What rebuttal, I don’t remember any sort of rebuttal, you don’t get a rebuttal…”

And as I was saying that, Tom came over and started pretending to jump on me and punch me, to which I started screaming, “Help! ┬ĀHelp! ┬ĀStop him, he’s insane.” ┬ĀIt really was a high point in an otherwise fairly boring event.

After the laughter calmed down, Tom got up at the podium and said, “I completely agree with what Martin said.” ┬ĀI looked shocked and confused… saying… “Huh? ┬ĀWhy am I here then?”

He almost came back over to renew his WWF routine, but instead clarified his statement. ┬ĀHe said that he agreed that there were legitimate lawyers helping people, the challenge was how to tell the good ones from the bad ones.

And I had to agree. ┬ĀThat was no easy task.

About a dozen of us ended up going to dinner that evening, and I found Tom and Joel Winston, both from the FTC to be really good guys. ┬ĀThey were quite candid about their limited resources as compared with the size of the problem and I gained a much better understanding of ┬Āwhat they were up against.

So, I’m certainly not going to say that the FTC shutting down a forensic loan audit scam in LA is anything but a terrific thing… one less scam is one less scam… regardless of what others are still around. ┬ĀAt least this may send a message to others that they better shut down before they get shut down.

First read what the FTC’s press release said, and then I’ll make my points…

At the request of the Federal Trade Commission, a U.S. district court has halted an operation that allegedly preyed on financially vulnerable homeowners, convincing them to pay $1,995 or more by holding out bogus promises that they could help them avoid foreclosure and renegotiate their mortgages.

The order issued by the court stops the allegedly illegal conduct, freezes the operationŌĆÖs assets, and appoints a receiver to run the business while the FTC moves forward with the case.

According to the FTC complaint, the defendants behind the operation claimed on their website thatŌĆ”

ŌĆ£up to 95% of mortgages may be legally unenforceable due to defects like lost documents, improper notices, appraisal and/or predatory lending.ŌĆØ

Using this claim, several defendants, including Consumer Advocates Group Experts, LLC, virtually guaranteed that they could get mortgage modifications with reduced interest rates and lower monthly mortgage payments for consumers. The defendants offered to review consumersŌĆÖ mortgage loan documents to determine whether their lenders complied with state and federal mortgage lending laws, and made allegedly false claims that the consumers could use the resulting ŌĆ£forensic auditsŌĆØ to avoid foreclosure and negotiate more favorable terms on their mortgages.

The complaint charges the defendants with violating the FTC Act and the Mortgage Assistance Relief Services Rule, known as the MARS Rule, by deceptively telling consumers that they could renegotiate mortgages, making payments substantially more affordable; that they could use the ŌĆ£forensic auditsŌĆØ to negotiate with lenders; and that if they failed to do these things, they would provide a refund.

The complaint also charges the defendants with other MARS Rule violations, including collecting fees for mortgage foreclosure rescue and loan modification services before homeowners accept a written offer from their lender or servicer, and failing to make required disclosures.

According to the FTC, the Los Angeles, California-based Consumer Advocates Group Experts, LLC, company owner Ryan Zimmerman, and several other companies he controlled charged from $1,995 to $2,590 for the ŌĆ£forensic audits,ŌĆØ assuring consumers in ads on their website www.consumer-advocates-group.com that, ŌĆ£After our examinations, lenders suddenly get religion and become much more cooperative in renegotiating.ŌĆØ

One of numerous supposed consumer testimonials on the site proclaimed: ŌĆ£They did a wonderful job and saved my home. I received a 3.25% 30 year fixed … Wells Fargo kept telling me that my loan mod was denied.ŌĆØ

What did that sentence say, ŌĆ£up to 95% of mortgages may be legally unenforceable due to defects…”┬Ādo I have that right? ┬Ā Now that sounds oddly familiar… where the heck have I heard that sentence before? ┬ĀHmmm… I’m just sure that I have heard something just like that somewhere else…

Oh yeah, I remember now, it was in The New York Times…

“An audit by San Francisco county officials of about 400 recent foreclosures┬Āthere determined that almost all involved either legal violations or suspicious documentation.”

Commissioned by Phil Ting, the San Francisco assessor-recorder,┬Āthe report┬Āexamined files of properties subject to foreclosure sales in the county from January 2009 to November 2011. About 84 percent of the files contained what appear to be clear violations of law, it said, and fully two-thirds had at least four violations or irregularities.”

You see, I’ve been saying this for a long time, and saying it hasn’t made me any friends either, but if the foreclosure defense side of this fight isn’t careful, they end up unwittingly becoming the best advertising ever for scammers.

Homeowners hear sentences like “84 percent of the files contained what appear to be clear violations of law,” and with just a nudge they quite understandably come to believe that they are victims and therefore can turn to the courts for relief of some kind.

Until they find out they can’t, but by then they’ve spent thousands on forensic audits that might as well have been blank pages because they delivered absolutely no value whatsoever.

An older woman that I talked to fairly recently was telling me how she had spent almost ten grand on forensic audit, a securitization audit, and even a credit default swap audit… which was really funny to hear about, but of course I didn’t laugh at her having bought such a preposterous thing… how was she supposed to know?

She was confident that she was building her case and everything was looking great… I’m pretty sure she slept with those worthless pages of nothingness, waiting for the day when she would spring them on some unsuspecting judge and walk away with her home free and clear.

I feel really badly when I hear stories like hers, I couldn’t even say anything to her about what she had done… I just couldn’t. ┬ĀI tried to introduce a couple of thoughts, but she knew more than I did about the subject, she was quite certain, because she had gotten her information and heard all about the fraud on the evening news.

Recognizing that I could not compete with the nightly television news, I just wished her the best and told her to call me if she encountered any unexpected problems.

Look, not all auditing of loans is a scam, there are at least a handful of very experienced people in this field that have excellent track records finding things that have made the difference for homeowners in court. ┬Ā(I’m actually in the process of doing podcast interviews with those that have the best reputations.)

But, in this field, it’s 99% of them that give the rest a bad name, so be careful… these guys can be very slick and come off as being very credible… so, don’t buy anything you’re not absolutely certain will deliver what you need. ┬ĀAnd if you plan to hire an attorney, my advice would be not to buy anything before you do. ┬ĀOnce you have an experienced and ethical lawyer representing you, he or she will get whatever your case requires.

We have to be very careful how we characterize fraud and forgery in loan documents, so that we make sure homeowners are not misled by the very people who are sincerely trying to help them.

Congratulations on shutting down this scammer selling forensic audits, and I don’t want to take anything away from that accomplishment, but while you’re in LA, you might want to stop at LA’s own college for those interested in breaking into the fast growing field of forensic loan and securitization audits, because they’re turning them out a whole lot faster that you could possibly shut them down… and all over the country too.

… that should about cover it.

This organization claims to be run by lawyers who are supposedly training people to deliver a huge menu of audits and various reports to homeowners. ┬ĀOf course, they have the following printed way down at the bottom of the homeowner page:

CERTIFIED FORENSIC LOAN AUDITORS, LLC IS EXCLUSIVELY A BUSINESS-TO-BUSINESS LITIGATION SUPPORT COMPANY. OUR SERVICE IS PROVIDED TO LICENSED ATTORNEYS ONLY. WE DO NOT ASSIST HOMEOWNERS IN FORECLOSURE.

Right, all they do is refer the homeowner to one of the attorneys in their network and then the attorney sells the homeowner the audits. ┬ĀIt’s not a brilliant scheme or anything, but here’s the bottom-line… either what Certified Forensic Loan Auditors is doing is wrong… or we really don’t need to shut anyone down because it appears to me that we’re breeding them by the hundreds right there in downtown LA.

I’ll say it one more time… the ONLY way you will ever get rid of scammers is to make legitimate assistance abundant. ┬ĀPeople are going to write someone a check before losing their homes to foreclosure. ┬ĀIf they can find a legitimate lawyer to help them that’s great. ┬ĀIf not, then they’ll pay whoever they can find to tell them what they want so badly to hear.

If you want to get rid of all the scammers in California overnight, simply announce to all California homeowners that legitimate, ethical and experienced legal assistance is available at every Starbucks… and presto… problem solved.

That’s the same way we got rid of bootleggers during the 1930s… not by G-Men smashing stills and shutting shown speak-easies, but rather by putting a legal liquor store on corners everywhere. ┬ĀGoodbye bootlegger…