Home  »  Lies and Damn Lies About Getting a Loan Modification

Lies and Damn Lies About Getting a Loan Modification 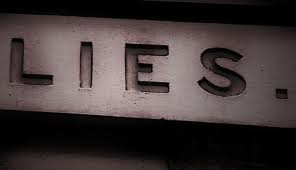 I‚Äôve been following the whole mortgage meltdown and loan modification debacle for so long now that all I dream about anymore is people losing ¬†homes, and bankers being sent to serve time at Guantanamo‚Ä¶ the latter, of course, being the good dreams.

Following this continually unfolding mess would be annoying enough even if our elected officials were handling it competently, but add ¬†the ‚Äúclown factor,‚ÄĚ as I now refer to it‚Ä¶ and well, it‚Äôs a miracle I haven‚Äôt stuck a nail gun in my ear and pulled the trigger. At this point, there‚Äôs absolutely no doubt in my mind that if the general public knew what I know about this situation, there‚Äôd be riots in every city in America.

Well, this afternoon, while I was already annoyed enough for one day, I received an Email from a blog to which I subscribe and occasionally read: Blown Mortgage. Usually I like what Blown Mortgage has to say, although sometimes it‚Äôs somewhat stock, but once in a while I find something that makes me go hmmm.

Today, however, their email caught my eye and I decided I had to take a looksie‚Ä¶ and now I‚Äôm about ready to blow my top at Blown Mortgage. They blew something here, but it certainly wasn‚Äôt a mortgage.

The article‚Äôs headline asks the question: Should you attempt to handle your own loan modification, or should you hire a firm to help you? Here‚Äôs how the headline read word for word:

Loan Modification, DIY or Professionals, which is the best route.

Okay, so to begin with, let‚Äôs skip over the fact that the writer‚Äôs no grammarian, nor is he or she a stickler for consistency, and as far as punctuation goes‚Ä¶ well, never you mind.

Finding a loan modification you can live with and getting your bank to accept it is no easy task. It requires a lot of time, (and) large amounts of patience and determination.

It‚Äôs a lot more than that, but okay‚Ä¶ it‚Äôs an opening sentence. But then‚Ä¶

Banks are swamped with more loan modifications than they‚Äôve ever had to handle and the dilemma of some loan modifications costing them more money than they are worth. Bringing all kinds of issues, like why would a bank provide help to a borrower through a loan modification if it‚Äôs more cost-effective to foreclose the mortgage? (Again, let the grammar go‚Ä¶ perhaps English is a second language.)

Let‚Äôs start with the first point raised: banks are swamped and can‚Äôt handle the volume.

Let me be very clear in stating how many more times I‚Äôm interested in hearing this line of unadulterated crap‚Ä¶ none, not one, no more. Bring it up again, and I‚Äôm not responsible for my actions. Look‚Ä¶ if you can accept sentences like that as an explanation for what‚Äôs going on with loan modifications, you‚Äôre either employed by the banking lobby, or you‚Äôre a mindless twit.

Oh, I know‚Ä¶ Bank of America is just ‚Äúswamped,‚ÄĚ is it? That‚Äôs the problem? Chase and Wells too? Apparently, someone out there thinks I‚Äôm an imbecile, because they think I‚Äôll believe that after a couple of thousand calls, B of A essentially shuts down. And they can‚Äôt seem to fix the problem after almost a year trying. Phone systems are just giving Bank of America fits. I understand‚Ä¶ answering phones these days is hard‚Ä¶ all those buttons, don‚Äôt you know.

Chase, no matter how hard the mega-bank tries, just can‚Äôt find any financial types to bring on board, which should come as absolutely no surprise because the financial sector is experiencing nearly full employment. And Wells Fargo, bless their hearts, why they just can‚Äôt seem to stop their employees from losing file folders of paperwork over and over again, as in:

‚ÄúWhere did I put that folder? Oh no‚Ä¶ darn it. I lost another one. That‚Äôs 11 so far this week. I‚Äôm so silly. Where do I keep putting them? I swear, I‚Äôd lose my head if it wasn‚Äôt screwed on tight.‚ÄĚ

I understand though. It must be really hard to stop bank employees from losing stuff‚Ä¶ all the time‚Ä¶ over and over.

Enough senseless tripe. Talk to me like that again and someone is going to get such a slap. Bank of America has 40 million credit card holders. They can answer the phone if 2/3rds of the people in China all call during their lunch breaks. If Chase announced it was hiring, there‚Äôd be a line of applicants stretching from New York to Los Angeles. ¬†They could hire the entire state of Kansas if they wanted to. ¬†And as far as Wells and losing things goes, well‚Ä¶ liar, liar, pants on fire.

Does ANYONE believe any of that ridiculous twaddle? It‚Äôs like hearing State Farm Insurance Company‚Äôs CEO saying: ‚ÄúGee, I don‚Äôt really know‚Ä¶ we try but we just keep overpaying claims.‚ÄĚ

As to the point about the banks having to deal with modifications that cost them more than they‚Äôre worth‚Ä¶ well that‚Äôs just so much baloney. Let‚Äôs look at a couple of quick numbers‚Ä¶ this won‚Äôt take but a minute.

Chase bought Washington Mutual for $1.9 billion. They got 2200 branches. A pile of cash deposits. And, among other things, they picked up $90 billion in mortgages. Round the numbers just to keep things moving and Chase paid 2% of the face value of $90 billion in mortgages. So, if your mortgage was with WAMU, and your balance was $300,000‚Ä¶ and you tried to get a loan modification‚Ä¶ and Chase refused to give you a principal reduction, or even a modification‚Ä¶ even though they paid all of $6,000 for your mortgage‚Ä¶ well, basically you should want to kill JPMorgan Chase‚Äôs CEO, Jamie Dimon, twice.

And why would a bank want to help a borrower through a modification if it‚Äôs more cost effective to foreclose on the mortgage? Well, gee‚Ä¶ I don‚Äôt know‚Ä¶ maybe because the American taxpayers bailed them out of having to file bankruptcy themselves less than a year ago‚Ä¶ or maybe because the bank signed the HAMP and TARP documents thereby agreeing to follow the rules of the program that is designed to help homeowners remain in their homes if at all possible‚Ä¶ or maybe because it‚Äôs the right thing to do‚Ä¶ okay, never mind that last one, I agree that it doesn‚Äôt apply.

Then the writer at Blown Mortgage says:

The complexities behind a loan modification can be scary and frustrating but if you jump through the hoops and stick to your guns you have a good chance of reducing your monthly bills and even saving some money.

This is where I started to sense ‚Äúmoron‚ÄĚ in this guy‚Äôs lineage. Pal, you haven‚Äôt the foggiest idea about any complexities that exist behind a loan modification. You‚Äôve never been anywhere near a loan modification, because if you had, you‚Äôd know that success has nothing to do with jumping through hoops or sticking to guns. Everyone knows that what‚Äôs required is a stitch in time and looking before you leap.

Then the writer decides that he‚Äôs such an expert, he should go ahead and provide a little Q&A. Why not? After all, he has no idea what he‚Äôs talking about‚Ä¶ why not answer a few questions and mislead a few thousand people unlucky enough to find his Website online.

Here are his chosen questions:

Do you need to have a job to get a loan modification? Blown Mortgage says no you don‚Äôt and that the details of your case will dictate what response you get.

Here‚Äôs what attorney Diane Thompson said in her¬†testimony to the United States Senate¬†a little over a month ago. For nearly 13 years, Diane represented low-income homeowners at Land of Lincoln Legal Assistance Foundation in East St. Louis, Illinois. In that capacity, she became intimately familiar with the difficulties commonly experienced when attempting to arrange a loan modification.

Since then, Diane has provided training and support to hundreds of attorneys representing homeowners from all across the country. As a result, she has heard many, many reports of the difficulties encountered by advocates and homeowners attempting to obtain sustainable loan modifications. Here‚Äôs an excerpt of her senate testimony.

‚ÄúServicers‚Äô compliance with HAMP is, at best, erratic. There is widespread violation of the HAMP guidelines across many servicers. The lack of compliance arises in part from obvious and persistent short falls in staffing and training. Yet some of the violations of HAMP are embodied in form documents, perhaps reflecting a more conscious attempt to evade the HAMP requirements. Lack of transparency prevents homeowners from identifying violations. Lack of accountability prevents homeowners from obtaining any redress when violations are identified.‚ÄĚ

Next question? Do you have to pay someone to manage your loan modification? He says: ‚ÄúNot at all. Government Websites and help-lines are in place to guide you through the mortgage modification process.‚ÄĚ

Oh for crying out loud‚Ä¶

Diane Thompson‚Äôs testimony made it painfully clear that, among other things, mortgage servicers are still requiring waivers, even though they‚Äôre not supposed to and I wouldn‚Äôt know a waiver if one jumped up and bit me in the ass. As far as government Websites go, shut up, shut up, shut up. And since I personally have called the government helpline at least 100 times, I can tell you that it doesn‚Äôt do much. I did, however,¬†meet a nice young man from India, and once I stayed on hold for 3.5 hours just to see if the line would ever answer again.

Blown Mortgage says that even though specialized consultants can provide you with advice that may maximize your chances for success, he thinks you can do just as well with a little patience and by reading the instructions carefully. Please‚Ä¶ I think he got that line from the Ikea catalog.

Then‚Ä¶ and I loved this next part‚Ä¶ he advises that people who do decide to hire an expert to help, should make sure they‚Äôre not hiring a scam. That‚Äôs crackerjack advice‚Ä¶ and the dumbest sentence ever written.

Then Blown Mortgage answers the question: How do you get the ball rolling? He says you should call the bank and ask to be put through to the loss mitigation department, and I have to admit that made me laugh out loud and I spit out my iced tea.

Look‚Ä¶ Blown Mortgage, or can I just call you Blown? ¬†Stop what you‚Äôre doing. ¬†It has the potential to cause harm to people. Confusing people further is not what‚Äôs needed at this moment. ¬†That‚Äôs the government‚Äôs job and they‚Äôve done fabulous work. ¬†People need help with getting a mortgage modification¬†and more often than not, it‚Äôs a good idea to have a lawyer in your corner. You certainly cannot trust the banks. They lie almost constantly. And do it yourself? Maybe you‚Äôd want to give it a go, but after watching maybe a hundred modifications up close and talking with many hundreds of homeowners who tried it on their own, there‚Äôs no question in my mind that, with my own house on the line, I would not want to try.

Months ago we weren‚Äôt so sure of many of these things and so you could say just about anything related to the loan mod process and no one could call you on it. Now the jury has come in. You‚Äôre going to have to stop glossing over it. ¬†Maybe go back to writing about something of which you know something. ¬†This is too important to be misleading.

I‚Äôm sorry to have been so harsh at times, but with¬†a hundred homeowners¬†calling me every week to tell me their stories, this kind of stuff has to be stopped. ¬†Seriously.