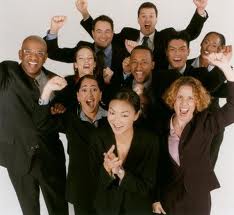 Arizonans interested in the foreclosure process got some housing market news this week that seemed to make most everyone in the state darn near exuberant. ¬ÝIt was nice to see in many ways, after all it‚Äôs been a long time since there was positive housing market news in the Valley of the Sun.

But, it was kind of sad, too.¬Ý Why do I say that?¬Ý Read on‚Ä¶ you‚Äôll see.

One headline proclaimed that in terms of foreclosure activity, a 44 percent year-over-year decrease ranked Arizona fourth worst among the states in April. ¬ÝA few months ago Arizona took over the number one spot from Nevada, who had been in the number one position for some five years.

Here‚Äôs how the APRIL numbers looked for the top four slots in the race to the bottom:

#4 ‚Äì Arizona ‚Äì 1 out of every 377 homes received foreclosure notice.

#3 ‚Äì Florida ‚Äì 1 out of every 364 homes received foreclosure notice.

#2 ‚Äì California ‚Äì 1 out of every 351 homes received ¬Ýforeclosure notice.

#1 ‚Äì Nevada ‚Äì 1 out of every 300 homes received foreclosure notice.

In March, RealtyTrac‚Äôs monthly report showed Arizona with one out of every 300 homes receiving a foreclosure notice, which put Arizona in first place that month.

And, what does all that come to in real numbers?¬Ý Well, in March, the State of Arizona saw 9,497 foreclosure filings, while in April there were only 7,550.

So, if you‚Äôre anything like me, you‚Äôre sitting there wondering what the heck constitutes a ‚Äúforeclosure filing?‚Äù

As defined by RealtyTrac, it could be a Notice of Default, or a Notice of Sale, which means that ‚Äúforeclosure filings‚Äù could be double counted because the number in one month could be actions against previously foreclosed properties.¬Ý ¬ÝOr, maybe not‚Ä¶ we simply don‚Äôt know.

Why don‚Äôt we know?¬Ý Because RealtyTrac is so entirely full of horsey do-do that the entire organization should be lined up against a wall and shot a dawn for pedaling garbage statistics in a state still being decimated by the foreclosure crisis.

Further, one should also remember that both ‚Äúforeclosure filings,‚Äù whether Notice of Default or Notice of Sale, are generated by the servicer, so as if the data presented didn‚Äôt already have enough holes in them, it could also just be that servicers sent out fewer of one or the other, or both in April than they did in March.

Perhaps they slowed down because the five largest servicers spent April preparing to comply with the DOJ settlement.¬Ý Or, may it was because they sent out so many more in March and February.¬Ý We don‚Äôt know any of those answers either because once again, RealtyTrac is feeding us pabulum.

Here‚Äôs some of the twaddle RealtyTrac released, as seen on Arizona Public Media:

Nationally, April foreclosure activity decreased 5 percent from the previous month and was down 14 percent from April 2011, RealtyTrac reported. One in every 698 U.S. housing units had a foreclosure filing during the month.

Oh, goodie‚Ä¶ a national average.¬Ý How about you guys at RealtyTrac take out North Dakota and similar states, reshuffle and deal these cards again.¬Ý NOBODY lives in National Average.

The company reported that foreclosure activity rose in many states, but the national number was down year to year as a result of sharp declines in the big three — California, Nevada and Arizona — and an increase in short sales, which stop the foreclosure process.

So, ‚Äúforeclosure activity,‚Äù whatever the hell that means‚Ä¶ ‚ÄúROSE‚Äù in ‚ÄúMANY‚Äù states, did it?¬Ý Why is it that you guys at RealtyTrac have no trouble providing useless numbers, but when it comes to a number that might have some meaning, it‚Äôs MIA?

‚ÄúRising foreclosure activity in many state and local markets in April was masked at the national level by sizable decreases in hard-hit foreclosure states like California, Arizona and Nevada,‚Äù RealtyTrac CEO Brandon Moore said in a press release.

Okay, you tell me‚Ä¶ isn‚Äôt that paragraph above entirely redundant when viewed next to the preceding paragraph?¬Ý If you answered no to that question, I‚Äôd like to suggest that you go jump in a lake.

And that incomplete and/or inconsistent comparison has succeeded in generating a completely fallacious argument.¬Ý So, very well done there.¬Ý Your ability to use a high word count while remaining entirely irrelevant or meaningless, is awe inspiring.

In its tracking of the 20 biggest metro areas, RealtyTrac reported Phoenix had the fourth worst rate in April, at 313 housing units with a foreclosure filing. That was down 22.6 percent from March and down 44.4 percent from April 2011.

And we‚Äôve come full circle, so we‚Äôre bank to trying to figure out why banks sent out fewer Notice of Defaults, or Notice of Sales, if in fact they did at all‚Ä¶ or, whether we‚Äôve just got a lot of double counting going on since a ‚Äúforeclosure filing,‚Äù could be on an already foreclosed home.

Now, here we are in mid-May and we‚Äôre to believe that everything has changed for the better? ¬ÝThat was then‚Ä¶ this is now, is that the idea? ¬ÝComplete poppycock.

The Mortgage Bankers Association yesterday released a report claiming that the share of Utah‚Äôs home loans at least 30 days late dropped to 7.4 percent‚Ä¶ from 7.58 percent in the previous three months.

Oh, so what and who cares?

First of all, that‚Äôs not a statistically significant difference, in fact, it would be well within the margin of error for any legitimate survey of such data. ¬ÝAnd secondly, it‚Äôs an incomplete and/or inconsistent comparison.

One point being compared is the ‚Äúdrop to 7.4 percent,‚Äù let‚Äôs call that the ‚Äúapple.‚Äù ¬ÝAnd the other point against which the dropped 7.4 percent is to be compared, is a three month average of 7.58 percent, which we can think of as the ‚Äúorange.‚Äù

And, if the last month of the three month average was 7.2 percent, then this month‚Äôs 7.4 percent was actually an increase. ¬ÝBut we don’t know that one way or the other, now do we?

You can read more about Utah‚Äôs Garbage Stats by clicking HERE.

Look, if you‚Äôre doing just fine and you want to buy a house, go for it‚Ä¶ I don‚Äôt care one way or the other.¬Ý If you‚Äôre planning on living there for a long time and you can afford the payments, what difference does it make if it goes up or down in the next so many years?¬Ý It‚Äôs a house, not a stock.¬Ý Buy it to live in it, not as an investment you‚Äôll flip out of in five years, or even 10.

And to the Realtors reading this‚Ä¶ My personal advice would be that you only sell to friends or family members that fall into the description above.¬Ý Everything else, sell to the greedy little Canadians and bargain hunting vulture investors.¬Ý I‚Äôm going to love watching them squirm when prices resume their decline.

And if you‚Äôre struggling in this economy, at risk of losing a home, and reports like these make you feel like you‚Äôre alone in your financial misery, and that everyone is doing better while you‚Äôre not‚Ä¶ DON‚ÄôT FEEL THAT WAY BECAUSE IT‚ÄôS ALL NOTHING MORE THAN ONE BIG PILE OF STEAMING FRESHNESS. 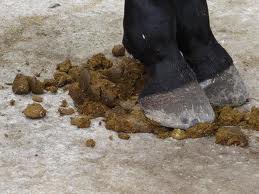 I‚Äôm not seeing anything improve anywhere.¬Ý In fact, I‚Äôm only seeing things worsen ahead.¬Ý None of the underlying fundamentals have changed one bit.¬Ý In fact, last month‚Äôs unemployment data was a nightmare, much worse than expected, as was GDP, and the EU looks about as stable as a Christian Scientist with appendicitis.

So, just ignore this garbage news from the bankers and their supporters, and it will go away.¬Ý It‚Äôs like a ghost in your closet‚Ä¶ go back to sleep and it‚Äôll be gone in the morning.