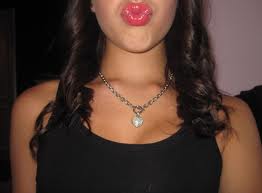 What has happened to us?┬á We used to be creative in our protests.┬á We dressed up as Native Americans and dumped tea in Boston Harbor, for heavenÔÇÖs sake.┬á What about the 1960s?┬á We stopped the war, if you recall.┬á And we were the grooviest!┬á Our history is jam packed with interesting protestors.┬á Rosa Parks.┬á Dr. King.┬á Abby Hoffman.┬á The Bonus Army?

We even burned our girlfriendsÔÇÖ bras for a whileÔÇŽ that was fun to watch.

You see, in SpainÔÇŽ as you may have heardÔÇŽ unemployment is north of 22 percent, there are mucho foreclosures, and the Spanish bankers have been getting the heat for it.┬á Now, it seems theyÔÇÖll be staying hot, unless they take matters into their own hands.

SpainÔÇÖs high-class escorts have announced that they will not be offering their services to the countryÔÇÖs bankers until they start fulfilling their responsibilities to their society.┬á “Today, life in Spain really sucks,” one of the girls said.┬á “So, we don’t have to.”

ÔÇťThe largest trade association for luxury escorts in the Spanish capital has gone on a general and indefinite strike on sexual services for bankers until they go back to providing credits to Spanish families, small- and medium-size enterprises and companies.ÔÇŁ

The escorts are telling bankers that until they start closing more loans, they wonÔÇÖt be opening theirÔÇŽ servicesÔÇŽ or accommodating any members of the financial services industry.┬á A spokeswoman for the trade association praised the strikeÔÇÖs success by stressing that the government and the Bank of Spain have allowed the flow of credit to run dry.

The spokeswoman told RTÔÇŽ “We are the only ones with a real ability to put pressure the sector, or take pressure off.┬á We have been on strike for three days now and we don’t think they can withstand much more.ÔÇŁ

She also said that reports of bankers pretending to be deadbeat homeowners and bankrupt real estate developers in order to enter an escortÔÇÖs place of business are pitiful.┬á ÔÇťWho else but a banker can afford the 300 euro an hour?ÔÇŁ┬á As soon as they pull out the cash the girls yell, ÔÇťM├ętetelo por el culo!ÔÇŁ As they laugh and walk away.

“Don’t come here too soon.┬á No Loans, No Moans.”

The bankers reportedly have become so desperate that they’ve tried to call on the government to mediate hoping the Escort Union would agree to a modification of their demands, but calls to officials were all placed on hold for over an hour before being disconnected inexplicably.

SDPnoticias.com, the site that initially published the story, said the bankers continued to use political clout to lobby the government to stop the strike, but apparently SpainÔÇÖs Minister of Economy and Competitiveness responded by explaining that just like los swaps de incumplimiento crediticio, the government does not sufficiently regulate the escort industry and since neither trades on an exchange, they could not intercede.

ÔÇťEscorts are choosing not to exercise their, umÔÇŽ I mean, they are making use of their right to deny admission or entry toÔÇŽ erÔÇŽ well, you know. ┬áSo, itÔÇÖs a very hard problemÔÇŽ oh dear, I meanÔÇŽ no one can negotiate,” the minister was quoted as saying as he blushed and hurried from the podium.

Clearly, todayÔÇÖs news from Spain shows that when it comes to protesting, Americans have lost some of our creativity and are simply not up for it as often as we once were.┬á Frankly, many have expressed┬á concern about our staying power as well.

One bright spot, however, is that we are starting to see more whistle-blowers coming out of U.S. banks, so perhaps itÔÇÖs the jobs of the blowers that will get us excited about protesting again… and again.