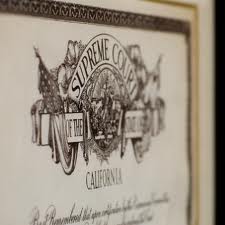 The State Bar will hold its annual hearings this month for the public or lawyers to make proposals or offer comments about attorney disciplinary procedures, attorney competency and admissions procedures.  The first hearing will begin at 10 a.m. Dec. 7 in the bar’s San Francisco offices at 180 Howard St. (fourth floor). The Los Angeles hearing is scheduled for 10 a.m. Dec. 13 at 1149 South Hill St. (seventh floor).

So… I appeared before the panel of attorneys to speak about how the State Bar has been handling SB 94 and how I believe the bar should be handling things related to the foreclosure crisis and lawyers representing homeowners who are seeking loan modifications.  On the panel were attorneys Lowell Carruth, Colin Wong, Randall Difuntorum and the new OCTC, Jayne Kim.

Off the record, I was told by the others in attendance that… “I killed it.”

I began by offering some of the most current foreclosure crisis statistics for the State of California, as follows:

Then I broke out some Los Angeles’ foreclosure statistics:

I spent a little time acknowledging how we all got here, and recognized the thinking behind SB 94… that it was based on what we knew then… and made the overriding point that we owed the people of California a more thoughtful response to the crisis because we know much more today than we did then.

I also explained that the numbers of homeowners in foreclosure, combined with the well-publicized abuses committed by mortgage servicers, combine to make it very clear that we need our lawyers to get through this crisis, and without these lawyers representing distressed homeowners we are certain to experience a much deeper and longer lasting economic downturn.  I don’t believe there should be any question about that, at this point, and those that disagree either simply lack the knowledge to understand the dynamics involved… or they’re selling something.

Consider that as of today, we have 2,000,000 homeowners in foreclosure.  Forty percent of those have not made a payment on their mortgage in over two years… 70% haven’t made a payment in over a year, making them ineligible for a loan modification if their loan is owned by Fannie or Freddie.

If each homeowner required just ten hours of assistance, that would mean 20,000,000 man hours of assistance time, and assuming 260 workdays per year, and a very efficient process, that’s roughly 12,820 years.  If we had 1,000 people trained and ready to go, we’d work through that number of homeowners in 12.8 years.  Of course, more homeowners would join the ranks during that time, and we don’t have 1,000 trained people assisting homeowners, or any sort of efficient system.

And it’s worth saying that even if we had 10,000 people trained and ready to go, without the efficient system, we’d never even be able to get through that number of homeowners in 1.2 years, and even that would mean an additional 400,000 added to the pool as the original 2,000,000 were being processed.

Now, let’s understand something else about the scale of the problem.  Over the last three years we’ve accomplished nothing, except that we’ve foreclosed on 1.2 million California homes, and allowed housing prices to go into a free fall.  What do you suppose will happen as unemployment continues to increase?  What will happen once interest rates rise?  And at the current pace of home sales, the shadow inventory, which consists of REOs not on the market, is going to be around for a long time… and we’re not just talking about the lower income areas anymore.

For example, according to DrHousingBubble.com, 142 homes in Beverly Hills have the following:

-A notice of default filed

Interestingly enough only SIX homes show up on the MLS search when you look for active Beverly Hills foreclosures.

I also spoke to the members of the panel about the need for the State Bar to give more careful consideration to how it can better support the legitimate and ethical attorneys that could provide representation to homeowners in need of assistance, and I informed them that I am about to submit a formal proposal for how this might work to the new Bar president, Jon Streeter.

I have to say that I was encouraged that all of the panel members seemed to be very attentive as I spoke, and I plan to schedule a meeting with Jayne Kim and State Bar CEO, Howard Dunn in the next few weeks to continue discussing ways to improve the current situation.  I think it’s safe to say that it could not get any worse, so I guess I can say that I remain optimistic.

If you’re a California attorney and have any questions or comments, feel free to get in touch by emailing me at mandelman@mac.com.