Home  »  What Shall We Tell Our Children, Mr. President?

What Shall We Tell Our Children, Mr. President?

Reposted from last November because I felt like it… 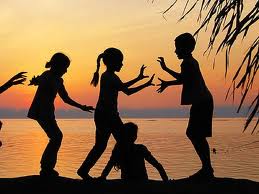 I had lunch with my 15 year-old daughter today.Â  Itâ€™s her Homecoming Dance this coming weekend, and with 12 of them all going together, they thought theyâ€™d get a limo to take them to dinner and then to the dance.Â  The kids were struggling with being able to afford it and get it done, so she called me.Â  My wife and I decided to help them make it happen.Â  But thatâ€™s not my point hereâ€¦

During lunch she said in passing: â€śMaybe a few years ago when people had moneyâ€¦â€ť and it made me sad to realize that they knowâ€¦ they see and hear whatâ€™s happening in this countryâ€¦ they see people, including me, working more and worrying more.Â  This has already affected their lives growing up.Â  Theyâ€™ll take the feelings they have today with them through the rest of their lives.

So, what shall we tell our children, Mr. President?

Shall we tell them how you came into officeâ€¦ wrapped in a message of hope and changeâ€¦ promising transparency… saying youâ€™re one of usâ€¦ and then how you fought relentlessly to help the people of this country?Â  Or should we tell them the truth, Mr. President?

How you turned your back on the working class in this country to favor the banking class.Â  How you decided that a mediocre health care bill was your priority over 20 million Americans losing their homes.Â  How voters became so angry with your administration that you lost control of the congress after only two years and now we face gridlock and nothingness as a result.Â  What shall we tell the children about how your decisions affected this country, Mr. President?

Should we tell them how things are fair in this country, that we are a nation of laws and that we are all equal in the eyes of those laws?Â  Is that even true anymore, Mr. President?Â  Should we tell them about our nationâ€™s Founding Fathers and how they envisioned a representative democracy, a republic, in which our elected representatives represent the will of the people?Â  How can we show them their vision and claim it came true, Mr. President?

What should we tell them about the future of this country? That the working class people of this country all became irresponsible at the same time, went out and bought homes they couldnâ€™t afford, and now deserve to be losing themâ€¦ 20 million or more Americansâ€¦ all losing their homes, and that once that happens our economy will be better?Â  Is that what youâ€™d have us tell them, Mr. President?

Because thatâ€™s crap, Sir, and I donâ€™t lie to my daughterâ€¦ ever.Â  So, I think Iâ€™d prefer to tell her the truth about whatâ€™s happened, Mr. President.Â  That a small group of rich bankers broke laws, abused our financial system, caused theÂ incalculableÂ pain and suffering they see around themâ€¦ that our government was ineptâ€¦ that they looked the other way because they were so out of touch with the way the world really workedâ€¦ works.Â  That we canâ€™t really trust them because they will be influenced by moneyed lobbyists pedaling the views of a small segment over the needs of the nation.Â  That we cannot trust or believe in politicians when they say things, whether to get themselves elected, or otherwise.Â  Like you, Sirâ€¦ that they cannot trust people like you, Mr. President.

Shall we tell them that this is the land of opportunity, and that we strive to make that opportunity as equal as possible?Â  That crime doesnâ€™t pay, and that they can be anything they want to be as a citizen of this great land?Â  Because thatâ€™s what I was told as a child, and Iâ€™ve believed it all of my adult life, Sir.Â  But not anymore, Mr. Presidentâ€¦ and not because of what our last president did or didnâ€™t do, but only because of what you have and have not done.

You alone have caused me to lose my faith in America, Mr. President.Â  How could you allow that to happen, Sir?Â  I feel a loss so great and so tragic that I can barely think of it without weeping, Sir.Â  I wonder if Jamie Dimon, Lloyd Blankfein, Kenny Lewis, Dick Fuld, John Mack, John Stumpf, Vikram Panditâ€¦ and all the restâ€¦ do you think any of them feel that way, Mr. President?Â  They received record bonuses for their role in our nationâ€™s fall from grace, I wonder what they will tell their own children about this time.Â  Do you wonder that as well, Sir?

I havenâ€™t lost a house, Mr. President.Â  I havenâ€™t lost a job either.Â  And yes, my daughter and her friends will be driven by limousine to their Homecoming Dance.Â  And you can know that I thank God and this country every day that my wife and I were able to make that possible.

But, because of your policies I also know that no one in this country is economically safe, and no one will be safe for a long, long time.Â  Millions more will endure pain and suffering to a degree that should not be possible in this country.Â  And thatâ€™s your fault, Mr. President, not President Bushâ€™s, or anyone before him.Â  You were given the ball, and it was yours to run withâ€¦ but you ran the other way.

What shall we tell the children, Mr. President?