Home  »  GUEST POST: Prove Fannie & Freddie Innocent Before Suing the Banks – And Here Is How

GUEST POST: Prove Fannie & Freddie Innocent Before Suing the Banks – And Here Is How

By Jim Boswell, Executive Director and CEO of Quanta Analytics 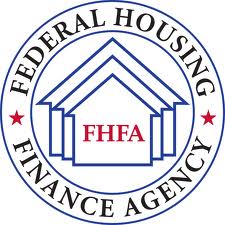 Now, let me be clear right from the start.Ā  I am no apologist for the banks.Ā  And historically my tendency has been to support better financial regulation and even the Democratic Party through my voting preference.

However, enough is enough.Ā  At this point in time the Government and the FHFA have no right to sue the banking industry on behalf of Fannie Mae and Freddie Mac.Ā  That is a joke.Ā  When it comes to the financial crisis, Fannie Mae and Freddie Mac were Players (Big Players)ānot naĆÆve, innocent victims who were bedazzled by the banks.Ā  Not only were the GSEās as bad as the banks leading up to the crisis, in more ways than not, they were ahead of the banks (and the regulators) in finding ways to add to their coffers while ignoring the risk they placed on the people of the United States of America.

For twelve years during and after the Savings & Loan crisis (1988-2000), I led the group of business analysts atĀ PricewaterhouseCoopers that was responsible for monitoring Ginnie Maeās $600 billion portfolio of mortgage-backed securities.Ā  During that period, I learned all about the power Fannie Mae and Freddie Mac arrogantly flayed upon the mortgage-backed securities industry.Ā  I also learned during that period how totally ignorant and incompetent the oversight of the GSEs was.

And from last Fridayās action by the FHFA, it looks like nothing has changed.

Now with this article I am proposing a sound analytical methodology that would validate or invalidate the FHFAās suit against the banks and go a very long way in proving or disproving Fannie Maeās and Freddie Macās relative involvement in the factors leading up to our current financial crisis.

In fact, in this period of supposedly new enlightened Government transparency, I believe it is imperative that the FHFA use my methodology to prove Fannie Maeās and Freddie Macās innocence or guilt one way or the other.Ā  And before the banks cave into the Governmentās suit, I believe they should demand that the FHFA prove what I am about to say is not the case.

Secondly, it is important to acknowledge the fact that Fannie and Freddie had much more information relating to the loans associated with their mortgage-backed securities than what they provided to the outside world.

I donāt know about most readers, but just this alone makes me think that this should raise an eyebrow or two somewhere in the FHFA?Ā  Especially, considering that Fannie and Freddieās primary focus for the last thirty years was more towards bottom-line profits than loan risk. Ā Or has the FHFA conveniently forgotten already that prior to their recent downfall that Fannie Mae and Freddie Mac were both Fortune 100 companies, more directly concerned about their stockholders than they were to the people of the United States of America?

I say it is time for the FHFA to wake up and quit looking for excuses to exonerate the criminals.Ā  Doesnāt the FHFA know that Fannie Mae and Freddie Mac had their own money making machines?Ā  And donāt they know that the GSEs knew how to use and abuse those machines to the detriment of the worldās economy?Ā  The beloved GSEs of the FHFA were not ignorant and new to the mortgage-backed securities game.Ā  Far from itāFannie Mae and Freddie Mac were the ones in fact who designed and developed the game.

Oh well, moving forward.Ā  Here is the proposed methodology that the FHFA needs to perform before continuing forward with its lawsuits against the evil banks.

The way to do this is to break the above two portfolio views down into smaller group samples by year-month of security origination.Ā  This will establish several comparable smaller portfolios, all still of decent size, to look for unexpected patterns using sound statistical analysis.Ā  For example, one of the first performance characteristics that the FHFA should look at within the above described monthly portfolios is to see if there is a different pattern in how the monthly GSE portfolios paid down over time versus the same monthly portfolios they sold to the world.Ā  My bet is they will find that the GSE portfolios paid down slower than those sold in the world marketplace..

Although it might be rather esoteric to the newbies at the FHFA, it really should not beāif you really want to make money in the mortgage-backed securities world in a period when mortgage rates are falling and refinancing is the name of the game (somewhat like the last 25-year period when the GSEs had as much to say about the direction of mortgage rates than any other player, including the Federal Reserve), it is much more profitable to own mortgage-backed securities that pay down slower than to own securities that pay down faster.

I have been told personally from an inside source that each month Fannie Mae ran analytical jobs prior to deciding what securities they wanted to purchase and sell.Ā  Now the FHFA may think that I am being overly skeptical of the GSEs, but in running those analytical jobs, I believe the GSEs were using loan level information only available to the GSEs (and not available to the rest of the investing public) to stack the bets in their favorāpurchasing the securities backed with loans that the GSEs felt were likely to pay down slower before offering up the remainder of their new monthly security issues to the rest of unsuspecting world investors.

And while the FHFA runs the above analysis they should try to find out who was the driving force behind the āfirst real mortgage-backed security derivative productā that dealt with differing pay down rates, the REMIC?Ā  And who first began buying and selling that product to an unsuspecting public?Ā  Now I hate to give anything away, but I believe the FHFA would find out that it was the GSEs.Ā  REMICs have been around since the late 1980sāand somewhat coincidentally, since right after the first refinancing boom in 1986.

Now if the FHFA would in fact run the above analysis, which by the way should be easily doable (both Fannie and Freddie stores and maintains track of the āmonthlyā loan performance of the securities they both purchase and sell), I believe they would begin to appreciate Fannie and Freddie for what they really wereāand see them as less than innocent by-standers..

But looking at pay down rates is only the starting point. Using the same form of analysis, the FHFA should look at more contemporary times (e.g., 2002-2008) to see if statistically different patterns between GSE-purchased and GSE-sold portfolios can be discovered in other relatively significant performance and loan characteristic areas (e.g., FICO score distribution, loan delinquency and foreclosure rates, even to see whether loans from certain loan originating banks like Countrywide fell more in purchased or sold portfolios, etc.).

Based upon my own personal experience and knowledge, I have come to mistrust anything that I hear from the GSEs and their oversight bodies.Ā  So considering the Governmentās seemingly new initiative for greater transparency and real financial reform, I believe it is imperative that the FHFA perform the type of analysis described above in such a way that it is transparent and independently verifiable, so that once and for all the entire worldās financial community can actually determine how innocent of a role the GSEs played in the present world financial crisis.

Jim Boswell is the Executive Director and CEO of Quanta Analytics

Jim Boswell (MBA, MPA, BA) is the Executive Director and CEO of Quanta Analytics–a “think tank” and “consulting” firm.Ā  Visit Quanta Analytics at quanta-analytics.com.Ā Ā  Jim is a veteran (ex-junior nuclear submarine officer) and the recipient of a Vice-Presidential Hammer Award (1995) for his work involving risk management.Ā  He earned his M.B.A. from The Wharton School (University of Pennsylvania) and his M.P.A. from The School of Public and Environmental Affairs (Indiana University).Ā  His undergraduate degree is in mathematics.