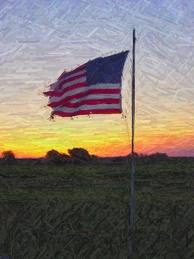 It’s Independence Day Weekend and I have nothing to say about this country that’s optimistic or hopeful.  As a nation, we have most assuredly lost our way… our politicians are largely a waste of skin… and I find myself vacillating between the thoughts that they are either consummate morons or perennial liars.  The even bigger problem being that I’m not at all sure which is to be preffered.

I did just return from a week in Hawaii… working the entire time, by the way, which is sad to think about… and meeting with members of Hawaii’s legislature, among others.  While I felt that the meetings I had went very well, the experience has caused me to conclude that there are but two types of people in this country… those who have been touched by the foreclosure crisis in some way, and they are universally outraged… and those that have yet to be touched personally by the crisis, and they are barely aware that there is even a problem.

Well, wait… there’s a third type of person in this country as well: bankers… but I don’t care what their opinion is on anything.

There are other things that I’m placing in the “WIN” column from this past week.  I’ve inspired some homeowners to take action and become new bloggers and more vocal activists, and at least one of them, it appears, will be meeting with his state legislature and has suggested to them that I also be invited to come along.  It’s still in discussion stages, but that’s certainly what I would consider something moving in the right direction.

And my readers, who were unanimous in their outrage over Ocwen Loan Servicing’s treatment of a Huntington Beach family in which the father was afflicted with MS, took action and sent more than a few emails to the CEO’s office, which caused Ocwen to prepare a statement to send in reply, and also resulted in Ocwen’s General Counsel in Washington D.C. contacting me to talk, not only about the family, but about the larger picture as well.

It’s too early for me to report anything substantive, but I can say that Ocwen’s General Counsel talked on the phone for over two hours on the Friday before a holiday weekend, and he was in D.C so it was past 7:00 PM when we hung up.  I liked the guy a lot.  We’re going to follow-up next week and I’ll certainly let everyone know what transpires.

So… on the whole, I would have to say we are gaining on it… and now here’s this month’s Museletter so get ready to be inspired.  You may only be inspired to go back to bed, or start drinking heavily, but hey… it’s inspiration nonetheless. 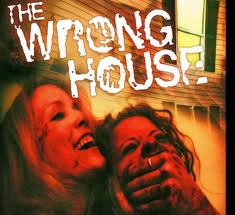 1.  Bank of America foreclosed AGAIN on a Florida home on which they had no mortgage.

The guy’s name this time is Benito Santiago, Sr., and his lawyer’s name is Scott Murphy… and who cares what happened… the guy came home, the house was locked up… BofA had put all his stuff in storage… made sure to lose some of it, and break some of it, I am quite sure.  I’m not quoting from any sort of news source… in fact I’m not even bothering to read the story… I don’t need to… I’m sure I’m close.

BofA’s blaming the mistake on… let’s see, I’ll go with some sort of a mistake over the address.  You know, like instead of clearing out the home located at 4650 Main Street, BofA’s contractor cleared out Mr. Santiago’s home, which is at 17833 You’re-a-Moron Drive.

Anyway, here’s what was funny about the story… Dylan Ratigan, who I like by the way, but who isn’t necessarily the brightest bulb available on the shelf at all times, reported the story, and towards the end expresses how “confused” he is by the story… lol.  According to the show’s transcript, he says:

“I’m so confused by that, I don’t understand how any institution or individual could invade someone’s home, Mr. Santiago or anybody else’s, do what you’re describing, and not be brought up on charges of breaking and entering and robbery.”

Oh, Dylan, Dylan, Dylan… do you really not understand something here?  Because if that’s really true, you should feel free to contact me and I’ll straighten the whole thing out for you.

You see… BofA’s a bank, Dylan, and bank’s don’t get “charged” with anything.  At the very worst, our government gives them a stern talking to behind closed doors, and then asks them to conduct an internal investigation, after which the bank generally says that they passed with flying colors, or if they’ve really screwed the pooch, they announce that they’ll be giving themselves a spanking, again behind closed doors, and that’s the end of that.

Breaking and Entering?  Robbery?  How about forgery, fraud, securities fraud, racketeering, promissory estoppel, someone find me a lawyer and we’ll list the crimes bankers are not being charged with… what’s a little B&E or robbery?  I’ve gotten to the point when I’m just happy to get through an entire day without learning that our bankers have caused another foreign government to fall, or anyone else to die.  Breaking into a home they don’t own… please… so what… they do it monthly, at the very least.

Here’s Dylan “I’m so confused” Ratigan interviewing Mr. Santiago… I didn’t watch it, but go ahead… it’ll probably be entertaining.

And in case you want to sing the song from the holidays about this subject, here’s a link to my article on the same sort of topic from last December… “BofA is Coming to Town,” which is of course sung to the tune of “Santa Claus is Coming to Town.”  Click it, it’ll be fun.

You Better Watch Out, I’m Telling You Why… BofA is Coming to Town… And, they might just break your door down! 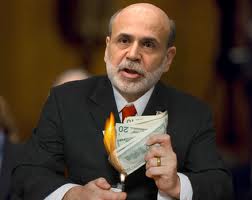 2. I think We Should Call it: Bernankeconomics.

Okay, so Lord knows why, but for whatever reason the Fed Chief is now coming out every three months and making this sort of public address type of statement, I suppose, on the state of the economy.  I had always thought that traditionally that was the President’s job, but if Obama knows how to do anything, it’s delegate.

So, now we get to listen to Ben Bernanke make a fool of himself every 90-days, which is sad in some ways, and marvelous in others.  I mean, for our nation it’s kind of sad… right?  But for people like me who write about stuff and try to make it at least slightly funny, well… it makes my job that much easier and believe me, I can use the break.

So, three months ago, Bernanke said that oil prices were rising, but not to worry because the Consumer Price Index (CPI), or core inflation, would be going down because we’d spend more on gas for our cars and that would reduce demand for other goods and services, which would lead to lower prices for those good and services.  It was madness, but I applauded him for coming up with a positive spin for $4.50 a gallon gas.

But then last week he outdid himself… 90 days since his last fireside chat… only this time oil prices seem to be falling, but according to what I think we should now call Bernankeconomics, Ben says that the falling oil prices are likely to reduce the CPI or core inflation… are you ready for this, because it lower costs for oil will lead to less expensive airline tickets, and things like that.

So, here’s precept #1 of Bernankeconomics:

Both higher and lower oil prices are likely to reduce inflation.

And that’s a good thing, because if that crazy guy with the beard just keeps printing money, as he’s been doing for the past couple of years, we’re going to need anything we can get to reduce inflation, of that I am quite sure.

So, YAY for both higher and lower oil prices!

(And yes, I am aware that since 2000, the preferred index for measuring core inflation is the PCE (Personal Consumption Expenditures) and not the CPI, although Social Security still uses the CPI.  I just didn’t want to lose the funny part… like I think I just did.)

This message has been brought to you by the Federal Reserve Board of Governors.

If you’ve got questions, we’ve got answers

that are none of your damn business. 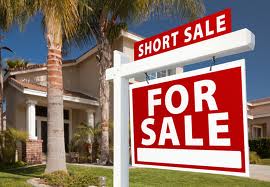 The Treasury Department has announced… and I’m laughing as I’m writing this so forgive me should you find a typo… that the most productive servicer in terms of the Home Affordable Foreclosure Alternatives program, since the program BEGAN LAST APRIL… is JPMorgan Chase who is reporting completion of 2,686 short sales and deeds-in-lieu of foreclosure through the HAFA program.

That’s 2,686… and that, according to the Hampster-friendly Website, Housingwire, is “more than any other servicer since the initiative began in April 2010.”

Wow… JP’s in the house… 2,686 of those bad boys, huh?  Damn, you guys over at the House of Morgan are killin’ it.  You’re making all the other Hampsters in the pen look bad, dog.

Want to know how many HAFA outcomes have been completed by all the Hampsters… which is my new word for servicers, by the way… ready?  8,641!  Come on… dude!  They are getting’ stuff done.  At this rate, we will have mitigated the damage caused by the foreclosure crisis in… hmmm… let’s see… 7 minus 5… carry the 6… when’s the Leap Year… and let’s solve for base 8… well, okay… we’ll have gotten in front of it by… well… at that rate… NEVER.

In fact, no wonder no one gives a hoot about HAFA… it’s like the equivalent of a paper route for JPMorhan Chase’s CEO, Jamie Dimon.

You see… according to the HAFA program guidelines, the Treasury pays $1,500 to mortgage servicers (Hampsters) for a short sale, and up to a $2,000 match for mortgage investors if they allow up to $6,000 in short sale proceeds to be distributed to subordinate-lien holders. The Treasury also pays $3,000 for borrower relocation assistance.

Cash for Clunkers, Part 2?  Or maybe… Cash for Sunkers?  I don’t know… I’m still working on it…

Okay fine… is this whole thing just a gift to the National Association of Realtors?  If so, just call it that… it’s okay with me… I like Realtors, and since they won’t be working much in the next couple of decades, I think it’s fine to come up with programs like HAFA that have no other purpose other than to keep Realtors paying dues to the NAR and pretending that we have a housing market.  It’s cool, Realtors… seriously.

In fact, if you want, and to show you what a huge supporter I am… someone can stop by next week and pretend to list my house. 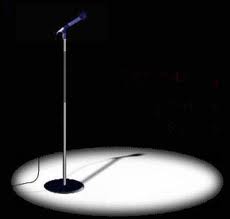 Frankly, I can’t believe it was that many.  Do we even have that many elected officials in this country?

Hey, I’ll be here all week… try the veal…