Home  »  Dear Banking & Government People Who Are Reading This…

Dear Banking & Government People Who Are Reading This…

This was originally posted on May 30th, 2010, and I plan to repost it every year in the hopes that it matters. 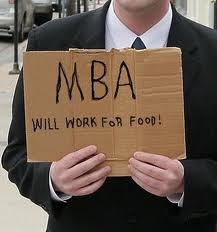 Okay, so there’s this online thing called Google Analytics. And it shows someone who has a blog or website from where traffic to his or her site is coming. Now, it’s not always easy to tell where someone is from because some of the domains just say “verizon.net,” or whatever.

But other times I can tell where my readers are, because their domain says “freddiemac.com,” or “wellsfargo.com,” stuff like that. So, if it was just once or twice, then I would just figure that someone bumped into my blog by accident, but just between April 28th and May 29th, for example, people at FreddieMac.com came onto my blog 172 times.

I also know that many of you spend a whole lot of time on Mandelman Matters. Like, quite a few of you have visited hundreds of pages, give or take, on my site, so obviously you’re reading it pretty carefully.

I have heard from a few of you. How come not more? Do you feel I’m being unfair about anything? Or, am I pretty much nailing it? I’m not talking about my facts, I know my facts are right. But what about my opinions? Am I out of line? You can tell me if you think so, you know. I don’t get upset because someone has a different view than my own, but it should be a well thought out view. I don’t really do stupid.

Here’s the real question: Can I do more to help homeowners in some way that you know about, but I don’t. I mean, maybe your bank or government agency is actually trying to do good, but somehow struggling for legitimate reasons and maybe I could help in some way.

I don’t really know what I’m thinking about when I say that, but I’m certainly open to the possibilities. And I wanted you all to know that I’m very easy to reach and very easy to talk to.

If you want your identity kept secret, no problem. I won’t say a word about who you are. You can reach out to me and know that I’m only interested in helping homeowners get through this mess, and I’m only trying to do that because few others seem to be.

This crisis is complex and difficult to understand for most people and I’m kind of good at explaining complicated things in a simple way, and people say I’m funny, so I think I have to try to help. Because when the people of this country catch up with what’s gone on here, and then realize that it’s going to be going on for a long time, well… a number of them are going to be quite upset.

I know that a number of banking and government people think that the way home is through our banking system, and that the average homeowner is somehow at fault and therefore somehow undeserving of help, but it’s not true. Without addressing the needs of American citizens, something we have not done well thus far, we are all in trouble. 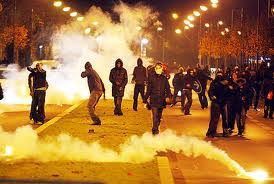 You guys started it when you came out blaming “irresponsible sub-prime borrowers” as being the cause of the crisis. That was pretty stupid, you must admit, and I wrote to a bunch of you back then telling you it was a mistake. Now you’re having trouble getting the political support you need to change what needs to be changed because you told everybody it was something that it wasn’t.

You guys all now know that this thing had about as much to do with sub-prime borrowers as World War II. Unless you can point out a sub-prime borrower who was selling synthetic CDOs in Iceland, I think we’re done with that conversation, don’t you?

And how comfortable are you with what Bernanke’s got going at the Fed, with the help of Treasury, of course? I mean, you do agree that we’re blatantly circumventing the legislative process in order to pump trillions into banks without that messy congressional thing, right?

Okay, so fine. I’m willing to look the other way on all of that, but we have to meet somewhere in the middle. At this point, homeowners don’t believe anyone on your side of the table cares at all. They all think you’re evil and willing to see millions thrown out of their homes without blinking an eye. And if that’s the case, then there’s no reason for us to talk.

But that can’t be right, right? I can’t believe that either political party thinks they can possibly get reelected by continuing down that path, do they? It’s a bad idea. So far, the foreclosure crisis is affecting roughly 15% of American homeowners, but that number will exceed 20% in a year, or perhaps 18 months. And then all bets are off. There’ll be no going back then.

I guess that’s it. I just wanted to let you know that I’m here and I’m open to doing whatever might be productive and helpful. You don’t have to worry about me being in this for the money because if that were the case, I’d have some. 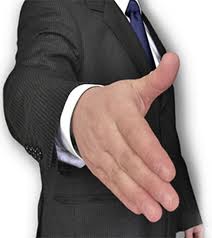 So… feel free to get in touch of you have anything to say. My email is mandelman@mac.com and I promise to be a lot more reasonable than I probably come across in many of my articles. Truth be told, I’ve learned that subtlety does little to advance my cause.

If not, not. Feel free to continue reading me without reaching out. At least I feel better for inviting you into the discussion. And I do hope some of you will take me up on it.