Home  »  When Auditing Foreclosures, the OCC’s Definition of the Word “Thorough” is “Hidden”

When Auditing Foreclosures, the OCC’s Definition of the Word “Thorough” is “Hidden” 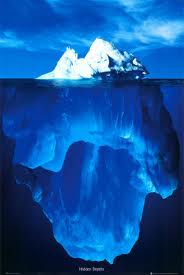 The Consent Orders issued by federal banking regulators a few weeks back said that the country’s largest bank-servicers had to conduct “a thorough independent review” of their foreclosures.

So, on Friday, the OCC met with representatives from the banks to hand them their marching orders.  According to American Banker magazine, the bankers were hoping to be instructed to review a few hundred cases, but instead they got a lot more than they’d hoped.

“Just pulling a high-level sample isn’t going to cut it.  Some of the early thinking we’ve heard of isn’t acceptable. … If anyone thinks there are going to be shortcuts here, it’s not going to happen.” 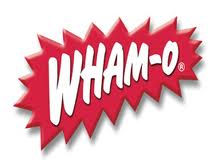 And then WHAMO! You get kicked right in the stomach and all the air rushes out of you… you can’t breathe… or if you can, then you just don’t want to.

I’m not a lawyer, so could one of the lawyers reading this please write in and remind me which article of, or amendment to the constitution covers the whole “sealed and secret” thing.  Or is it covered by statute, as in perhaps the, “Sealed and Secret Act of 1922.” I only ask because I’m a taxpayer, no big deal.

American Banker says that the scale of the reviews means that Bank of America and Wells Fargo will each have to allow auditors to review thousands of foreclosure files, with dates from Joanuary of 2009 through December 2010.  And the OCC says that if they find mistakes… I love it when they call stealing someone’s house a “mistake”… they will broaden their review to incorporate the entire portfolio of necessary… and that they will look at even more files from the six states with the highest numbers of foreclosures.

Evers went on to say that, “even a single error in the sample population is going to require a deeper dive.”  The independent auditors will determine if a given “mistake” resulted in financial damages.

The OCC also mandated the design and publication of a “consumer complaint review process.”  The idea is that borrowers who lost homes to foreclosure will now be able to complain to an independent auditor… who will do what?  Get their house back?  Send over a hooker?  What will the independent auditor do in response to a homeowner’s complaint?  Where’s the rest of that sentence?

Sorry, stuff like that makes me crazed.  How can they fail to finish a sent…

Want to have some fun… let’s start a pool on number of complaints received by bank at end of first week, second week, and so on.  Oh wait, never mind… we’ll never know the real numbers, will we… no… I forgot.

The OCC urged banks to build the consumer complaint process and channel for communication immediately… so whatever that means in terms completion… I wouldn’t have any idea.  In fact, truth be told, I don’t care when they start, I only care when they’re done and yet the OCC tells me the part of the story I could care less about… again.  As of right now, I’d peg the completion date sometime between this summer and… the end of time.

The OCC is saying that borrowers will be guaranteed a response from the auditors, so if they don’t get a response they get their home free and clear?  No, then what’s the guarantee?  A gift certificate?  movie tickets… come on, give them something. 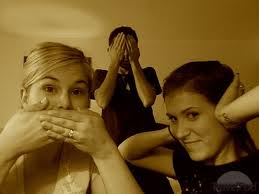 And wee already know that the borrower, assuming they do get a response, will never know who specifically adjudicated the complaint, because the OCC is not even disclosing the identities of the companies conducting the reviews   Not even the investors who lost money as a result of the servicers practices won’t know who was used or what they found.

Sheila Bair, now a short-timer as chair of the FDIC, argued in front of the Senate Banking Committee this past Friday for both “thoroughness and transparency” of these reviews.  Sheila’s point was well taken when she said that only “credible and public reviews” will be accepted by the public and therefore allow the industry to go forward.

No kidding, Sheila… in fact, at this point in the game… I’m not sure I’d believe anything said by a bank or servicer… what would lead me to think they might not be lying?  Am I forgetting something?  Did they tell the truth once in 2005 and it’s slipped my mind?

As quoted in American Banker’s coverage of this announcement, Kathleen Day, for the Center for Responsible Lending, said:

“Unless they make that review process public, who is to believe it?  We’re supposed to take the banks’ and the OCC’s word on this?”

The OCC will have law firms reviewing issues such as whether the servicers had proper legal standing in foreclosure cases, and I’m sure these are law firms that don’t represent banks or want to get future legal work from banks, so let’s not start worrying about that.

Wait, what did I just say?  The only type of lawyers that don’t represent banks or want future work from banks… and that are qualified to review issues such as proper standing in a foreclosure case are foreclosure defense lawyers… are they getting the job?  Why do I think the answer is no… and I’ll never know anyway, so what am I talking about?

The auditing of fees and penalties assessed will go to PricewaterhouseCoopers LLP, Navigant Consulting Inc. and Promontory Financial Group LLC, et al, which is funny because some of these companies are the same companies that were around when the failure in compliance were occurring… and still are occurring, so the question on everyone’s mind is whether the accounting firm can be credibly independent.  And I say, after Enron, and the like… why would anyone think they could?  If fees and/or penalties were charged incorrectly, the consulting firm will be responsible to calculate the financial injury to the borrower.

That sounds like a few people are going to find a couple of hundred bucks… it’ll be like a lottery.

In the American Banker story, right after it talked about this issue of whether firms like PwC could be credibly independent, it said:  “A spokesman for PwC did not comment by press time.”  Funny stuff in American Banker at times… they had to do that on purpose, right? 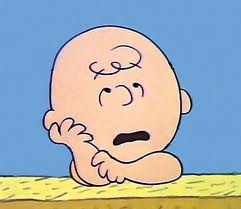 For example, one of the questions the external consultants are supposed to ask servicers is whether the servicers had adequate compliance and risk management systems to monitor themselves, which is awkward of your PwC and you were supposed to be supplying such systems to the servicer you’re now asking.  Good grief, Charlie Brown, do you see how entirely worthless this is guaranteed to be?

The servicers and the OCC are said to still be debating the specifics of the reviews, such as whether a servicer that misidentified a property address in a foreclosure but still properly notified the defaulting borrower?  Would that be considered a technical or a material flaw, would it require remuneration to the borrower, if so how much… and does the borrower prefer cash, check or charge… okay, not the last part.

Or, what if a borrower stopped making payments on a modified loan after a bank improperly notified her of its intent to foreclose?

I could care less about this entire exercise in futility because only regulators will know the results, so even if they try to present stats on how borrowers were improperly foreclosed upon, I can’t imagine anyone saying, “Oh, okay then,” and then leaving it at that.

I mean, it’s far from being a secret at this point that the lawyers who foreclosure for banks have no ethics whatsoever and have been willing to get involved in countless schemes to get around the laws, and that’s to say nothing of robo-signing documents presented in court.

“Were there significant numbers of people who were subjected to foreclosures where they shouldn’t have been? We don’t know the answer to that.”

Well, but that’s only because you’re a lazy and dishonest underachiever who hasn’t read a book since law school, right David?

Lastly, the reviewers are also going to be responsible for determining if borrowers were properly offered loan modifications and if servicers’ denials were done properly, and that should be worth the price of admissions, right there.  And the OCC has said that the review of loan modification issues should not be limited to whether a bank’s own accounts showed the borrower was in default at the time of foreclosure.

The American Banker story using the following sentence to describe… I think… the money paid to borrowers should “mistakes” be uncovered… you know, like IF they are:

Only material errors will be eligible for redress, though the OCC has not yet determined how it would define such a benchmark.

Well… to wrap things up, I suppose I should say that with findings submitted directly to regulators, like the OCC, and not to the banks themselves, let alone to the public, I think this actually scores a bull’s eye as either the most insulting program design I have ever seen my government announce, or the most uncaring.

So, very well done, fellas in government… you have done it once again… you have managed to take something of critical importance to millions and after spending time and money, make it entirely worthless.  It’s not that I didn’t figure this review thing would be useless… I did, and I wrote it in past articles so I’m on the record. I just failed to realize just HOW useless you could make something. You’ve really outdone yourselves and you should be quite proud. 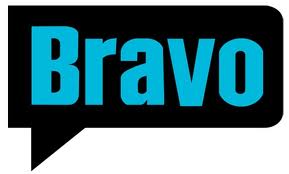 That’s really something… I’m going to have to study your methodology here… it must be the key to consistently producing failed programs, because without the system, probability would dictate that you’d do something at least close to correctly, once in a great while… but no.  Stunning… just stunning.

I know you’ve been thinking about it, so go ahead… SUBSCRIBE to Mandelman Matters.  You’ll be glad you did… everybody else is.