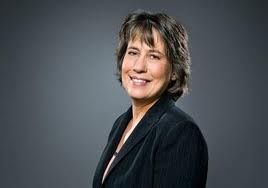 Of all of the Washington D.C. ‚Äúplayers‚Äù that I‚Äôve come to know over the last few years, there is no one that I have vacillated about more than FDIC Chair Sheila Bair.¬Ý There have been times when I found myself smitten by her common sense and consumer oriented bent, and others when I wanted to accuse her of being buried halfway up Geithner‚Äôs butt as a result of him stopping abruptly while walking the halls of the Treasury building.

Well, perhaps it‚Äôs because Sheila is now a short-timer and will be retiring from her post at the FDIC this July, that she is now feeling a little more comfortable telling the truth, even if that means disagreeing with Walsh at the OCC or even Bernanke at the Fed.

According to Alan Zibel writing for the Wall Street Journal on May 12th, Sheila is warning that:

In her written remarks submitted during a hearing of the Senate Banking Committee on Thursday of this week, Sheila admitted quite candidly that: ‚ÄúWe do not yet really know the full extent of the problem.‚Äù

‚ÄúFlawed mortgage-banking processes have potentially infected millions of foreclosures, and the damages to be assessed against these operations could be significant and take years to materialize.‚Äù

John Walsh, Acting Comptroller of the Currency says that the problems are limited in scope, so who should we believe? ¬ÝSheila, of course‚Ä¶ Walsh is a dork. Bank regulators‚Äô had said that reviews of a sample of 2,800 foreclosure cases uncovered only a small number of ‚Äúimproper foreclosures,‚Äù however that‚Äôs defined by the OCC these days. 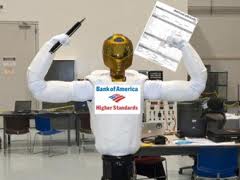 Why not consider a career as a Robo-Signer?

This mortgage m√™l√©e started last fall after GMAC became the country‚Äôs first “robo-signer,” admitting that they were employing signers who didn‚Äôt review documents prepared by the bank‚Äôs other departments.¬Ý Federal officials launched an investigation and GMAC and soon thereafter, many others all voluntarily placed moratoria on all foreclosures, at least those in non-judicial states‚Ä¶ which never a lick of sense, but the country seemed to buy it, so why not?

Some of the improper foreclosures identified sprung from a law preventing them from occurring when the borrower is active duty military, bankruptcy filings should have stopped others, and then there were those that should not have occurred because the borrowers were on the verge of getting modified.

Sheila argued that other regulators very likely missed cases where homeowners should have been granted loan modifications, but were denied improperly. ¬ÝHow many? ¬ÝI hear you cry. She says the number is ‚Äúnot insignificant.”

She told lawmakers that: ‚ÄúThere needs to be much more aggressive action,‚Äù

The ‚Äúconsent orders‚Äù that came out of the investigation conducted by the federal regulators, including the OCC, OTS and the Federal Reserve, require the banks to engage the services of an independent consultant to review foreclosures from the past two years.¬Ý The consultants hired would be charged with identifying borrowers who were damaged by the inadequate and even dangerous, according to the report issued by the federal regulators, foreclosure processes employed by the banks.

I wrote about this outcome from the feds investigating the day their report was made public a couple of weeks ago, and expressed my extreme skepticism over the outcome being that the banks would conduct their own investigations because‚Ä¶ I don‚Äôt know‚Ä¶ because it‚Äôs ridiculous, that‚Äôs why.

Sheila Bair‚Äôs statement, God bless her, points out the same issue.¬Ý She openly questioned whether the ‚Äúindependent consultants‚Äù would be truly independent, saying that the:

‚Äú(the consultants) may have other business with (banks) or future business they would like to do with them.¬Ý This is a huge issue.‚Äù

(No kidding, Sheila… we all know what a farce it will be… like when Bank of America did its own internal investigation following the voluntary moratorium which followed the discovery of the robo-signing. ¬ÝRemember that? ¬ÝTwo weeks later and BofA said they checked and everything seems to be just fine and dandy? ¬ÝSo, what’s going to be different this time… has the leopard changed its spots?) 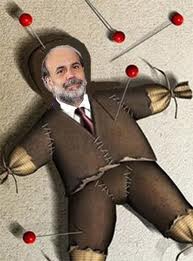 Make your own Bernanke Voodoo doll.

Ben Bernanke, who was also at the senate hearing, was asked about this issue, but chose not to respond specifically, which I find shameful.¬Ý Instead he reiterated that federal regulators have plans to fine banks over the inquiry‚Äôs conclusions regarding foreclosure processes‚Ä¶ and to that I can only say that I have had enough with the whole idea that bankers can commit crimes that damage homeowners and write a check to the Fed to straighten things out.

I mean, between the Fed and the Treasury, we‚Äôve handed the banks trillions.¬Ý And now to ‚Äúmake right‚Äù their criminal and/or civil violations against homeowners, they‚Äôre going to send the Fed and/or the Treasury a couple of sheckles to satisfy some fine, the equivalent of which could probably be found in the cushions of Jamie Dimon‚Äôs couch‚Ä¶ and that‚Äôs supposed to make me think that any of the federal regulators are doing their job and protecting consumers or even punishing the bank‚Äôs bad acts‚Ä¶ well, it‚Äôs just preposterous.¬Ý Mr. Bernanke, you‚Äôre treating me like I‚Äôm six years old again, and I resent it.

In the WSJ‚Äôs article, Bernanke was quoted as describing the foreclosure crisis as being a problem of bank regulation, ‚Äúat some level‚Äù, adding that it is ‚Äúalso a macroeconomic problem.‚Äù

Memo to Federal Reserve Chairman Ben Bernanke: You are being an insensitive and obtuse jackass, and there‚Äôs no excuse for your offensive point of view because I‚Äôve read your paper on the ‚ÄúNonmonetary Effects of the Financial Crisis in the Propagation of the Great Depression,‚Äù so I know you‚Äôre smarter than that.¬Ý Yes, water is wet, the sky is blue, and the foreclosure crisis is most definitely a ‚Äúmacroeconomic problem.‚Äù¬Ý And thank you for stating the obvious.¬Ý But, it is also a microeconomic problem, Ben, because it is raping the American homeowner, and is responsible for the wholesale destruction of the lives of millions of middle class American citizens.¬Ý Did that thought not occur to you?

And we don‚Äôt really have ‚Äúregulators,‚Äù right, Ben?¬Ý At least the design of the OCC and OTS, in which banks can essentially choose which one to be regulated by, is dysfunctional, right?¬Ý That design has led to the two bank regulators competing for clients by offering comparatively less oversight.¬Ý And Ben, if you would say that we do have regulators, then in response I would only posit: Which excesses have been curbed as a result of their regulation?

Sheila Bair also discussed the possibility that Fannie and Freddie, both now government-controlled, may force banks to buy back more defaulted loans, as they have already done, and at this point numerous private investors are filing suits that would demand the same.

According to the Zibel‚Äôs story, Sheila‚Äôs prepared remarks pointed out in this regard that:

‚ÄúA significant amount of this exposure has yet to be quantified.‚Äù 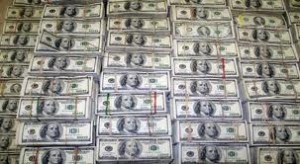 Actually, I think quite a few people, including many private investors, have hypothesized as to the potential amount of this ‚Äúexposure,‚Äù¬Ýbut it‚Äôs obviously not something the bankers would not want quantified on the evening news.¬Ý One lawsuit alone, filed on April 21st in the Commonwealth of Massachusetts by the Federal Home Loan Bank of Boston appears to be seeking recession of some $5.9 billion in mortgage-backed securities, to say nothing of the damages also being sought by the plaintiff.

And that‚Äôs just one of the more recent cases filed, but there are others as well.¬Ý One, against Bank of America/Countrywide, which if you click that blue type you‚Äôll see I had fun writing about, and another I haven‚Äôt covered yet JPMorgan Chase, are both moving forward in the courts, and personally‚Ä¶ I cannot wait.¬Ý I was hoping to make it to the U.S. Open this year, but now I‚Äôm saving my nickels so I can fly in to New York or Boston and sit in the back of the courtroom for one or two of these judicial bank bar-b-ques.¬Ý If you can‚Äôt make it, don‚Äôt worry because I think it‚Äôs safe to say that this is going to make for some compelling television‚Ä¶ yes indeed.

And homeowners‚Ä¶ like I‚Äôve been saying‚Ä¶ we‚Äôre in a river, not a lake‚Ä¶ the water you‚Äôre standing in today is not the same water you were standing in yesterday and it sure as heck won‚Äôt be the same water tomorrow, so hold on‚Ä¶ don‚Äôt give up the ship, or in this case the house.¬Ý Unless you want to, of course, in which case don‚Äôt pay any attention to the banker-people.¬Ý Get your own lawyer, choose him or her carefully, and do whatever is best for you.

P.S. Below is Part One of the lawsuit filed by Federal Home Loan Bank of Boston against just about every single entity that was involved in the packaging, sponsoring, rating and offering of $5.9 billion in mortgage-backed securities. Pages 27, 28 &29 outline what the case is all about, and page 28, item ‘f’ is particularly interesting in my opinion as it says that the mortgages were not properly assigned to the trust and that therefore they are not enforceable by the trust in the event it needs to foreclose.