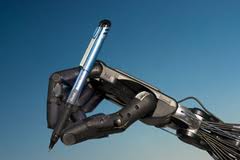 Jeff Thigpen is Guilford County, North CarolinaÔÇÖs Register of Deeds, and I didnÔÇÖt write the headline above, those are his words used to describe the fraudulent acts of our nationÔÇÖs major banks, brought to light as part of the robo-signing scandal of last fall. (Hat-tip to reader Catherine for sending this in.)

Thigpen says that a large number of national banks, including Bank of America, Wells Fargo, HSBC and others repeatedly filed documents with forged signatures illegally notarized and other false information, and not only in his Register of Deeds office, but all over the country.

Thigpen says that he and his staff have been reviewing documents on file at his office and that they have uncovered a plethora of evidence of wrongdoing by Wells Fargo and other banks.┬á Among others, he says he has found thousands of documents signed by Linda Green, and many are clearly forgeries of Ms. GreenÔÇÖs signature.┬á Although foreclosure defense attorneys like Max Gardner of North Carolina, have known about Green for some time, she became known to homeowners as a robo-signer when an April 3rd episode of 60 Minutes introduced her to the showÔÇÖs national audience.

According to 60 Minutes, Linda Green, who was signing her name as VP for something like 20 different banks, was hired because her name was short and easy to forgeÔÇŽ I mean, ÔÇťspell,ÔÇŁ it was easy to spellÔÇŽ and another signer-VP explained that the only requirement for being a Vice President of the bank was that you could hold a pen.

Thigpen was quoted in an article in GreensboroughÔÇÖs Rhino Times as saying:

“I’m sending the information to the Federal Reserve, 50 state attorneys general and to the banking institutions involved, to tell them to fix it.ÔÇŁ

Alrighty then… that oughta’ do it… we’ll let you go back to bed then.

The same article went on to quote Thigpen explaining that banks fraudulently mass-produced documents that were either missing or non-existent, often outsourcing the dirty work to firms that became complicit in the illegal scheme. Thigpen was quoted by the story as saying:

“It was like a sweatshop of signing off on documents on land records that certify satisfaction on a loan or a debt.ÔÇŁ

Thigpen said that the bankers hired people at $10/hour because they could write fast, and gave them the title of vice president of numerous various banks so they could robo-sign false names to document after document. 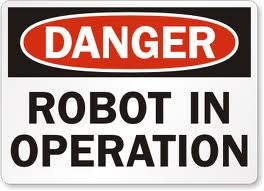 Even the 60 Minutes program that aired in early April made it clear that banks had been, ÔÇťcaught in a jam of their own making,ÔÇŁ and their solution was “resorting to forgery and phony paperwork to throw people down on their luck out of their homes.”

On a side note, I have a question for President ObamaÔÇŽ

When homeowners are seeking loan modifications, you had said previously that they ÔÇťshould contact their bank directly.ÔÇŁ┬á Are you standing by that advice or would you like to revise what you said in 2009, since we now see that perhaps that was the equivalent of heading into a lionÔÇÖs den wearing fresh meat around our necks.

No need to respond, since we havenÔÇÖt heard a single word from you ever since February 19, 2009 when you gave that fabulous speech introducing your Making Home Affordable program, why bother answering anything about the foreclosure crisis now?

Thigpen also said that in light of the egregious and illegal action on the part of the bankers, Guilford County should end its relationship with Wells Fargo and find a bank not heavily involved in the forgery scamÔÇŽ something he acknowledges will be difficult to do.

Well, perhaps I can be of assistance, Mr. ThigpenÔÇŽ IÔÇÖve got four little words for you: 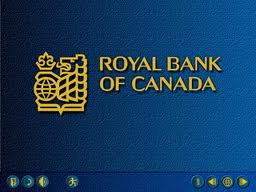 As Sir Walter Scott once saidÔÇŽ and my mother must have said a thousand times to us kids while growing up: ÔÇťOh what a tangled web we weave when first we practice to deceive.ÔÇŁ┬á And talk about being appropriateÔÇŽ weÔÇÖve got bankers that are tangled up in blue.

I just want to say that a few things should be getting kind of obvious to every interested observer by now: