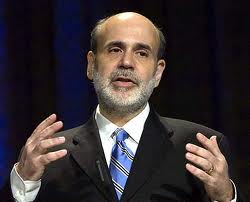 Federal Reserve Chairman Ben Bernanke did something the media is describing as being unprecedented… he held a televised meeting at which he read some Fed-type talking points and answered some questions.  If I had to describe it in a word, I’d have to go with… hmm… I know… how about: Underwhelming.

I guess what lacked precedent is that he took questions from members of the press for about 45 minutes following a meeting of the Fed’s Board of Governors… something the Fed has never done before in its 98-year history, and that he’s threatening to do this sort of thing four times a year, instead of only when called to testify by congress.

First of all, essentially he didn’t say anything we didn’t already know.  And he spoke like a Fed Chair… in Fed speak.  Put it this way… I could have easily written his speech before he went on the air, and in fact I’m going to try to remember to do just that next time one of these transparency-fests is scheduled to air.

I guess if you’re a real Fed-watcher, it could have been considered somewhat interesting, I mean… until 1994, the Fed didn’t even publicly announce its policy changes, fearing that too much information in the hands of the people would lead to the utter destruction of the world as we know it.

So, he took questions for 45 minutes.  You know, questions like… Is QE2 working?

And Bernanke said something to the effect of… Yes, it has worked, but it hasn’t solved everything.

I love it when he gets all technical like that.

Other take-aways that I took away include:

He said a lot of other things too.  Here are some of the highlights with a few quotes from the AP: 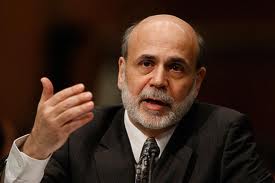 “Tax revenues can then be spent in the community redeveloping vacant properties, training people for new jobs, or on other economic development programs. That leads to more hiring and paychecks that can help poor homeowners avoid foreclosure, he said.”

Okay, that’s it… I’m convinced… Ben has never actually been to a “troubled community.”  Would someone in Washington D.C please take him on a tour… pretty much anywhere Southeast will do… Minnesota Avenue, Lincoln Heights, I’m sure Anacostia is lovely this time of year.  Take him anywhere outside of Northwest D.C. where he’s apparently been holed up ever since leaving Princeton.  Introduce him around… see of you can check out a few credit scores of the folks while you’re there. 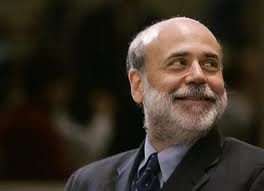 2. He also said that people who make less money fall behind on payments at a much higher rate than richer people.  Not only that, but the Fed Chair has apparently figured out that poorer folk are also more likely to lose their jobs during the recession.

“Lost income from unemployment is causing families to fall behind on their mortgage payments, Bernanke said.” 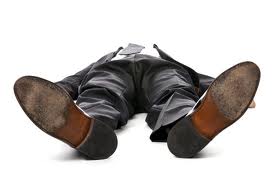 Oh my God.  I think he’s trying to say that foreclosures breed foreclosures. That’s a clever phrase… now, where have I heard that before?  And isn’t that an absolutely stunning revelation from the Chairman of the Federal Reserve?  Where is he getting this stuff?  If I hadn’t seen the sentences come out of his mouth, I wouldn’t have believed it.  Did someone hire him a tutor and not tell the rest of us?  Who would have ever thunk it?  Go figure.

He also said that the housing market is holding back the economic recovery.  Isn’t that wonderful?  I feel just like I did watching my daughter learn to read… admittedly she was four years old at the time and Ben has a salt & pepper beard, but it’s the same idea.

(I hope that’s helpful, Mr. Chairman… maybe you should write it on your hand so you don’t forget it when you’re in a meeting with the President or Timmy Geithner.  I know… you don’t want to make them look bad… and you’re right… no one likes a show off, but think how cool it would be if you were to know something like that… something neither President Obama or the Treasury Secretary has ever considered?  You’d be a star!)

Well, I for one am certainly relieved.  And I’m truly sorry for criticizing him in the past for being an idiot incapable of learning things… he has proved me wrong and I’m a big enough person to come right out and admit it when I underestimate someone.  I was wrong… Ben Bernanke is a genius. 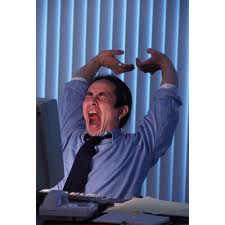 I think I’ll go hit the sack… get some shut-eye… finally I can rest easy knowing that the country’s got crackerjack leaders like Ben Bernanke at the helm.  YAWN… Yeppers… we’re going to be just fine, everyone… just fine and dandy.

Nighty night…  and pleasant dreams, as my mother used to say…