RE-POSTED FOR YOUR CONVENIENCE…

There are very few events in life that simply should not be missed under any circumstances. Â In my opinion, for attorneys practicing in the Western U.S. and perhaps even others who are engaged in the battle between homeowners and their banks and servicers, this is unquestionably such an event. Â Max Gardner is bringing OPERATION STRIKE BACK to Law Vegas on February 18-21.

Why do I feel so strongly, that I would make such a statement? Â Because I’ve been there… and back. Â This past fall I made the pilgrimage back to Shelby, North Carolina to spend five very intense days at Max’s 160 acre ranch in the Western mountains of that beautiful state. Â Cell phones don’t really work, and there’s no internet connection handy, but on the other hand who would have time to use either of those conveniences when you’re in classes 12 hours a day, and when you’re not you’re either eating or sleeping. Â He doesn’t call it boot camp because he has a fondness for boots, let’s just say that.

While I was there, trying to absorb the voluminous amounts of incredibly valuable information and tools being laid out before me, all I kept thinking was that I had to find a way to get all the attorneys and other experts I knew back home in California, Arizona, Nevada, Oregon, Washington, et al, Â to somehow come to North Carolina to spend a week without their phone or internet tether in Shelby.

Not only that, but it’s not an inexpensive journey to make either, Shelby that is. Â So, not only do you have to invest the time, but there’s more than just a few bucks to shell out as well. Â Not that it’s not worth literally ten times its price, but I know roughly what the lawyers who are representing homeowners against their bank and servicers are making, and it’s not that much, let me assure you.

And then it happened… Max sends me an email and he’s is bringing OPERATION STRIKE BACKÂ to Las Vegas!

I once asked Max how he did it… what was his strategy… and he replied: “Well, Martin… I just keep sending them shovels, and eventually they bury themselves.”

Here’s why no one should even consider missing this:

1. Max Gardner, besides being one of my favorite people on the planet, is also the smartest, most experienced and I would venture to guess most successful attorney in the country as far as fighting for the rights of consumers against banks, servicers, and creditors in general. Â I don’t think any of that is debatable or requires any further explanation. Â Read About Max Gardner here. Read About Max’s Bankruptcy & Litigation Model here.

2. I’ve been there, and I’m here to tell you that there’s no professional education program like it anywhere in the country, and I would have no trouble expanding that statement to include the world. Â In a matter of days, and in this case just three days, Max basically gives all attendees his thirty-year practice in a box with easy assembly instructions and ongoing support. Â There’s nothing theoretical about what you’ll gain, in fact, you’ll likely learn things that you’ll put to work during one of the breaks by calling your office and giving new instructions. Â This is a lot like visiting my in-laws who are of Greek descent, for Christmas… no one leaves hungry. Â Read what OPERATION STRIKE BACK is going to teach you here.

3. You’ll save more than 60% as compared with what it would cost you to go to Shelby for the better part of a week… and actually a lot more than that because you won’t have to fly to Shelby… which is not a major hub, by the way. Â And I know that money’s no object when the education is so clearly worth its weight in gold. Â But missing this would be like a college basketball player at UNLV missing a chance to train with Michael Jordan while he happens to be staying at Caesar’s Palace. Â Pricing for the event is shown below, about $2500 if you book before January 19th, and suffice it to say that an attorney could reasonably assume to break even on the first post-event client engagement.

5. It’s intellectually stimulating and a whole lot of fun… even in Shelby, North Carolina, but when you consider that you’ll be saving more than 60% over attending in North Carolina, and that you’ll be getting everything that Max offers in three days instead of five, and you get to stayÂ at the Paris Hotel & Casino in Las Vegas or Bally’s at a special discounted rate with five-star dining and a spa that’s to die for… well… I can’t imagine how you could possibly make the whole package any more compelling.

Need more? Â Well, I’m going to be there, how’s that? And I’m not just going to be there… I’m attending the whole thing. Â That’s right… I found Max’s Boot Camp in North Carolina so valuable that the day I was leaving I knew I wanted to come back and do it again… and since Max is coming to Las Vegas, I’m going to attend AGAIN! Â And I cannot wait, truth be told.

So, please… read on… click around on the various links and get your arms around the idea that Max Gardner is bringing OPERATION STRIKE BACK to Las Vegas, February 18-21… because for attorneys representing homeowners who are up against the banks and mortgage servicers… this changes EVERYTHING. Â And you’re going to want to be there… there’s no question in my mind. Want to talk to me further about why I think this is so important… email me at mandelman@mac.com.

Just don’t put it off, and don’t pass it by… forward this to your peers… Max is coming here and it’s your opportunity to take things up a couple of notches when fighting for the rights of homeowners against creditors, banks and mortgage servicers. 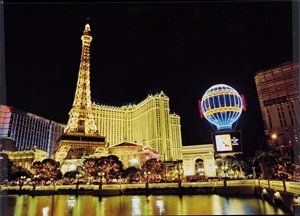 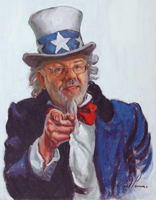 The registration page for the Las Vegas Mortgage Securitization and Servicing Seminar,

It all begins with a cocktail reception and introductions at 7 pm on Friday, February 18th

And it goes through Monday, February 21 until about 3 pm.

The event is being held at Paris Hotel & Casino Las Vegas and a limited number of guest rooms are being held at both Paris and it’s sister and connecting hotel, Bally’s. Special rates for attendees make Paris rooms available at $129/night and Bally’s rooms at $99/night (in the recently renovated North Tower). Our block of reserved rooms will be opening up shortly and we’ll make an announcement as soon as possible.

Pricing for the event is $2,999 and anyone with an online training subscription (Maxinars) will receive a $500 discount. There will also be an early bird discount of $500 when you book by January 19, 2011, which you can combine with your Maxinars discount for a total savings of $1,000 (the maximum total discount allowed). Each subsequent attorney after the first paying attorney will receive a $500 discount, and paying attorneys can bring their legal assistants for only $799 each! (a limit of two legal assistants per paying attorney for that special price). The regular paralegal price is $1,499 and $1,999 after December 30.

Keep in mind that all boot camp grads are eligible to sign up for Maxinars for only $799 compared to the regular $2,999 price, regardless of when you attended. Please contact me if you’re interested in signing up for Maxinars. 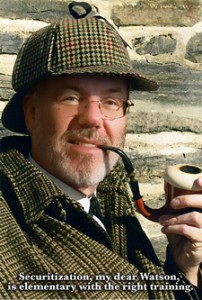 The Future Of Your Clientâ€™s Mortgage May Hang On These HOT New Issues:

Do You Want to Secure a Sustainable Mortgage for Your Client?

LEARN PRACTICAL TOOLS THAT CAN:

AND AN ALL-STAR CAST

Max has assembled an all-star team of former mortgage industry professionals, forensic accountants, software consultants and other pros to help you understand whatâ€™s really going on inside the mortgage industry and how you can use it to your clientsâ€™ advantage.

A true â€śWoodward and Bernsteinâ€ť follow the money approach to tell you where all the notes are buried and how to follow the document and money trails.

JOIN MAX FOR AN EVENT THAT WILL CHANGE YOUR PRACTICE

Read what others have to say about Max Gardner’s Boot Camp Programs.

Hey… why not take a minute and SUBSCRIBE toÂ Mandelman Matters so you’ll get it delivered to your email daily? Don’t worry, you don’t have to read it, if you don’t want to. Â But you’ll feel better when you do!