Home  »  Last person out, turn off the lights, and bring the flag…

Last person out, turn off the lights, and bring the flag… 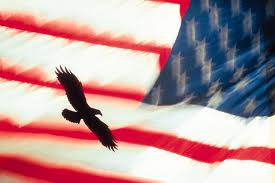 At an annual conference attended by the world’s leading economists, the prognosis for the United States going forward is not good.  Not this year, not next year… not in ten years either.

In fact, Reuters is reporting, in an article titled, Economists foretell of U.S. decline,” that the economists “offered varying visions of U.S. economic decline, in the short, medium and long term. This year, the recovery may bog down as government stimulus measures dry up.”

“Harvard’s Martin Feldstein said he believes the outlook for U.S. economic growth in 2011 is less sanguine than many believe.

First, the boost to growth from government spending will be drying up this year, he said. Renewal of expiring tax cuts is no more than a decision not to raise taxes, and the impact of one-year payroll tax cut is likely modest, he said.

‘There’s really not much help coming from fiscal policy in the year ahead,’ he said. Woes from the dire situations of state and local governments may actually be a drag on growth, he said.

Growth got a lift from a lower saving rate in 2010, but that probably will not last this year as households worried about an uncertain future return to paring back debt and socking more away, Feldstein added. Discouraging declines in home values mean there is less to save from, he said.

‘People are worried, so there’s a strong reason for precautionary saving,’ he said.”

Dale Jorgenson, also of Harvard, explained that most estimates say that China will be on par with the U.S. economically speaking by the early 2020s, and that the impact of that growth will mean slower world economic growth.  At the conference he said:

“The United States will need to come to terms with the fact that its prevalence in the world is fated to come to an end, Jorgenson said. This will be difficult for many Americans to swallow and the United States should brace for social unrest amid blame over who was responsible for squandering global primacy.”

Are you guys listening to these guys?  I’ve been saying that this day would come for two straight years and it has finally arrived… the proverbial jury is starting to come in and the verdict is saying that we should get our affairs in order.

MIT’s Simon Johnson, who was chief economist for the International Monetary Fund (“IMF”), attended the conference, told a panel…

”… the damage from the financial crisis and its aftermath have dealt U.S. prominence a permanent blow.  The age of American predominance is over… the Yuan will be the world’s reserve currency within two decades.”

The overriding theme was that this country missed the opportunity “to rein in (our) largest financial institutions,” and they are now driving our national bus.  Even in light of what’s transpired over the last few years, we’ve allowed them to remain too big to fail, and in fact have only allowed them to get even bigger.  It’s stunning to me, as anyone that reads me knows all too well.

“Johnson said he believes the United States has failed to learn its lesson from the financial crisis and continues to implicitly back its largest financial institutions.

‘I’m concerned about the excessive power of the largest global banks,’ he said. ‘Who are the government-sponsored enterprises now? It’s the six biggest bank holding companies.’”

Now, just so I’m really clear here, let’s look at exactly who Mr. Johnson is.  According to the IMF’s biographical information on Simon Johnson…

“Simon Johnson was Economic Counselor and Director of the Research Department at the IMF from March 2007-August 2008. Mr. Johnson was on leave from the Sloan School of Management at MIT, where he was the Ronald A. Kurtz Professor of Entrepreneurship.

Mr. Johnson is an expert on the financial sector and economic crises. Over the past 20 years he has worked on crisis prevention and mitigation, as well as economic growth issues in advanced, emerging market, and developing countries. His work focuses on how policymakers can limit the impact of negative shocks and manage the risks faced by their countries. His PhD is in economics from MIT, while his MA is from the University of Manchester and his BA is from the University of Oxford.”

Is there anyone more qualified to weigh in on what’s happened here in this country?  If you can find someone, please let me know.

Johnson published an article in The Atlantic in May of 2009, titled “The Quiet Coop.”  I’ve quoted from it and linked to it countless over the past 18 months because I believe it’s perhaps the most important article written in my lifetime… and that from a guy who’s written a thousand articles in his career, many of which I find quite important.

Here’s what the introductory paragraph of that article says…

“The crash has laid bare many unpleasant truths about the United States. One of the most alarming, says a former chief economist of the International Monetary Fund, is that the finance industry has effectively captured our government—a state of affairs that more typically describes emerging markets, and is at the center of many emerging-market crises. If the IMF’s staff could speak freely about the U.S., it would tell us what it tells all countries in this situation: recovery will fail unless we break the financial oligarchy that is blocking essential reform. And if we are to prevent a true depression, we’re running out of time.”

I’m getting scared, people.  In May of 2009, I wrote the following in an article titled, “There’s the OUTRAGE: Riverside Man Booby-Traps Foreclosed Home,” and said:

“Maybe the millions who have been left high and dry, abandoned while Wall St. bankers plan luxury sales conferences and ludicrous bonus deals, would rise up and say that they’re not buying it anymore… that they now know that it’s not their fault. That they’re mad as hell and not going to take it anymore. Hell, maybe they’d all vote against those that turned a cold and blind eye to their heartbreaking and traumatic losses.”

“I don’t think we’re thinking about things correctly. We’re in a crisis of astonishing proportion… we’re mad as all get out… but are we’re scared to death?  Because we certainly should be that.

If you’re one of the lucky Americans who doesn’t yet feel terribly threatened by the economic collapse, say you own your home free and clear, have plenty of cash on hand… you might consider that our current crisis is TRICKLING UP. If it’s not stopped soon, you will be feeling it pinching your backside soon enough, so stand by. The problem is that by the time you’re feeling the heat, the rest of the nation and most of the world will be eating beans for dinner… if they’re lucky.”

In December of 2009, in an article I titled, “HO, HO, HOmeless… A Sobering View of the Crisis Affecting Us All” and said this:

“For everyone else reading this… let’s stop the madness and tell our politicians we want solutions for the homeowners in trouble, not punishment.  Because at this point, we’re only punishing ourselves… because it’s the right thing to do… because we smarter now and see the situation more clearly… because there, but for the grace of God, go us all.”

And frankly, I could keep doing this all day, and throughout the rest of the month.  But, not enough of us are coming to terms with our reality.  We need to restore balance in how our nation is being run.  Our politicians have to hear our voice, and they have to hear it loud and clear.  It’s not okay to continue to let the bankers drive our economy for their benefit while they destroy working and middle class Americans.  It’s not cute and it’s not okay.

But I really need your help and your support.  Please read and consider the following… but not just for you… who else can you pass it along to… we need more on board and we need it sooner rather than later.  I keep filming, but I also can’t fund the whole thing on my own.

A Hundred Thousand Homeowners… Voices of Hope and Change

WHAT DO YOU THINK WOULD HAPPEN IF:

EVERY member of Congress…EVERY major newspaper, radio station and television news channel… The White House… EVERY major bank CEO’s office… EVERY nonprofit housing agency… the Internet… EVERY Governor’s desk… what if they ALL received a 22 minute DOCUMENTARY from America’s homeowners that told the story of what’s really happening in the neighborhoods of this country as the foreclosure crisis continues to grow and spread?

And what if it was delivered to everyone on the same day?  Would they at least start to listen?

Give me a chance and I’ll get someone listening, I promise.  Before it’s too late.