Home  »  GMAC… Payments or Not, The Foreclosure Machine that Just Won’t Stop

GMAC… Payments or Not, The Foreclosure Machine that Just Won’t Stop 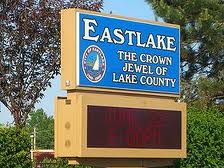 Once upon a time…

Our story begins back in 1995 when Michael and Pamella Negrea built their 2400 square-foot, colonial style home in Eastlake, Ohio, and took out a $200,000 mortgage.  Michael’s 53 years old, a Willoughby, Ohio police officer for 25 years… Pam, a graphic designer, is 57.  They’ve never been late on, much less missed a single mortgage payment.  Nary a one… they should be quite proud.

Since that time, however, GMAC has foreclosed on Michael and Pamella Negrea’s home three times… so far.  The couple’s attorney, Stephen Futterer, also of Willoughby, says…

The first time GMAC foreclosed on the couple’s home was back in 2001.   Totally current on their mortgage payments, it must have come as quite a shock.  Once in foreclosure, GMAC wouldn’t accept their monthly payments, so each month they deposited them into a bank account and awaited their day in court.

According to the story in the Cleveland Plain Dealer, Michael Negrea explains…

“You’d call and talk to someone and they said they’d look into it.  When you called and asked for the person you talked to, they no longer worked for the company. You’d leave a message for a supervisor, and they’d never call you back.”

The attorneys finally worked out a settlement in 2003.  Since the couple had never actually missed a payment, the Negreas would only be required to pay the actual payments owed… not a dime in penalties or interest would be charged, and the foreclosure case was dismissed by the court.

In the written settlement agreement, GMAC also agreed to erase the foreclosure and late payments from the couple’s credit reports, although here we are… EIGHT YEARS LATER, and the Negreas say that still has not happened.

The Negreas resumed making normal payments again in early 2004.  I imagine they were probably relieved that the whole ordeal was finally over.  “Whew!  Well, I’m sure glad that nightmare is over,” I can just hear Mr. Negrea saying to himself. 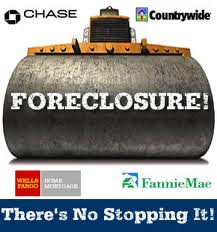 It was June, when GMAC sent the couple yet another default letter.  Michael and Pam not only had copies of their canceled checks, but they also had the return receipts from the U.S. Postal Service that showed the exact dates they had sent their payments and when they GMAC had received them.  As always, the couple had made all payments on time, as agreed.

A month later, in July, GMAC apologized for their error.  Ooopsie!  Sorry about that.

The rest of the summer was fairly uneventful, but in October, the Negreas received yet another default letter from their friends at GMAC.

And right after that they got another letter from GMAC, this time saying that their homeowners’ insurance, which was $500 a year, had not been paid.  GMAC was notifying them that the bank had taken out a new policy on their home.  The new premium would be $3,200 a year.

There was only one small, teensy-weensey, almost insignificant, little detail:  The Negrea’s homeowners’ insurance policy HAD NOT lapsed.  Like the couple’s mortgage payments, it had been paid as agreed.  They’d been with the same insurance company ever since buying the home back in 1995, and although it must have seemed foreign to GMAC, the insurance company’s policy was not to cancel homeowners’ policies when the premiums were paid as agreed.

It got worked out though… and GMAC sent the couple another letter apologizing.  Ooopsie, again!

The couple must have been hoping that they could finally have a wonderful Christmas that year, without GMAC foreclosing and all that, but as the month went on, they noticed that the check they’d written to make their December payment had not been cashed.  Uh oh… they must have thought.  (I wish this was radio and I could play some scary music right about now.) 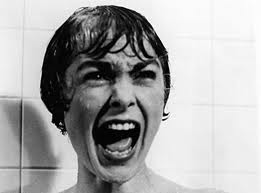 The very next month, January of 2005, just two short years after the first case was dismissed, GMAC, who is apparently every bit as tenacious as they are incompetent, foreclosed on the couple’s home YET AGAIN.  And this time the bank would not back down.

Not much had changed since the last time around.  The Negreas were still current on their mortgage payments, darn them… and ultimately the foreclosure would be thrown out of court once again. But this time the couple, quite understandably, had lost some of their patience with the bank, so they sued GMAC for breach of contract, fraud and unfair debt collection… and this time they insisted on going all the way to trial.

Michael Negrea told Cleveland Plain Dealer reporter, Chuck Crow, that as the evidence was presented, “you could hear some of the people on the jury saying, ‘Oh my gosh.'”

The Negreas were awarded $217,000, which you would think would have been enough to wipe out their $200,000 mortgage, but it took GMAC… are you sitting down… THREE YEARS to make the payment as ordered by the court…  and by that time, GMAC had added $50,000 in fees to the balance of their loan.

Why the heck didn’t the Negreas go refinance the loan with a real bank… you know the kind that’s supposed to be pretty good at keeping track of money it receives?  Were you wondering that as well?  Funny story…

They tried to… but they had two foreclosures on their credit report, along with countless late payments.  Ooopsie!

Now look… I realize you must be tired.  I mean, I’m tired and I’m only writing this story.  Reading it must be nothing short of excruciating.  But, I’m sorry to tell you… it’s not over yet, so go get some coffee or something… ‘cause god old GMAC… the foreclosure machine… wasn’t done yet.

It was 2008 when the couple received another troubling statement from GMAC. 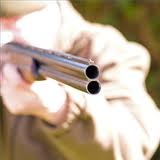 The bank was now DEMANDING PAYMENT for its attorneys’ fees… the ones incurred by the bank during the second foreclosure case.  That’s right… the case that the bank LOST… the case where the Negreas filed the counterclaim and won the $217,000 that took GMAC THREE YEARS to pay… the case where GMAC had to pay the couple’s legal fees.

Michael Negrea asked: “How can you ask for legal fees when you paid our legal fees?”

Oh come on, Michael… with all due respect, do you have a learning disability?  You’re lucky GMAC didn’t bill you for the whole $217,000 plus penalties and interest and initiate foreclosure proceedings once again.  I don’t know about the rest of you reading this, but I’m thinking that it’s pretty obvious that Mr. Negrea should have just paid the bank’s legal fees and figured he got off easy.

He didn’t, however, and it must have made GMAC awful mad because throughout the last few years, GMAC just keeps accusing the Negreas of not having homeowners’ insurance.  And not only that, but right after that the bank started insisting that it had to make monthly home inspections, and started charging the Negreas $700 or more for each such inspection.

GMAC told the couple that the inspections were being done in order to make sure that they still lived there.

Ohhhh, is that why?  Now I get it.  See… I told you that you should have paid the bank’s legal fees when they asked you to.  See what you’ve gone and done?  You had to be a troublemaker, didn’t you?

(Hey, I heard that.  Don’t you dare think what you’re thinking about me right now… there’ll be a link at the end and you can read the story for your-damn-self.  I’m telling it, just like it says.  I’m not exaggerating a thing.)

Okay, so the couple goes back to making normal payments throughout much of 2009, when all of a sudden… wonder of wonders, miracles of miracles… GMAC stopped cashing their monthly mortgage payment checks AGAIN. 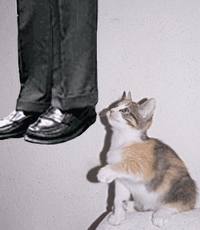 This time GMAC said the couple owed nearly $310,000… plus attorneys’ fees… on what was their $208,000 mortgage, and in August of 2009, GMAC filed for foreclosure AGAIN… this time in federal court instead of Ohio’s common pleas court.

Court shopping, Mr. Futterer?  I mean, you’re the attorney here, I’m just some lowly homeowner with a blog and some extra time on my hands, but you would even attempt to explain in logical terms what GMAC is doing?  And “court shopping,” would be your guess?

Maybe you’re right, but based on what’s transpired over the last (almost) ten years, I’d say that it might be court shopping, or it might be that the bank is fixing to plant kilos of cocaine in your car and call the DEA to have you arrested… or maybe they’re going to fill your trunk with explosives and then ask to borrow it… so they can blow themselves up.  Or maybe their plot involves cottage cheese.

Who the hell knows what these people are thinking?

The trial, by the way, is scheduled for later this month.

Here are a few quotes from the story that ran in the Cleveland newspaper:

“I can’t image how many people lost their houses who didn’t deserve it,” Michael Negrea said.

“I think a lot of people would have just given up,” said Pamella Negrea, a graphic designer.

“Nobody believes us. People think, ‘A bank wouldn’t file for foreclosure if the bank wasn’t right.'”

Michael Negrea says most people he talks with can’t even comprehend their tale.

“You think, ‘You make your payments, and everything is fine.’ You would think this couldn’t possible happen.”

“People ask me, ‘How do you put up with this?’ I have no choice,” Michael Negrea said. “It has cost us a fortune. We don’t make that much. But it’s our home.”

Now, in terms of full disclosure of the precise facts…

The Negrea’s loan was sold a few years after the couple qualified for it… to Nation’s Credit, and then it was sold to Homecomings Financial, with the loan being serviced by Fairbanks Capital Corp.  In 2003, the Federal Trade Commission sued Fairbanks for deceptive and illegal practices, including not posting customer payments, and the company agreed to pay $40 million in damages that year.

Apparently, while Fairbanks was in the picture for the Negreas, two of their mortgage payments didn’t get posted.

The couple’s first foreclosure was filed in 2001 on behalf of Homecomings, which owned the loan at the time. Right around that time, the servicing of the Negrea’s loan was transferred from Fairbanks to GMAC.

I don’t see how any of those facts make the least bit of difference here.  GMAC has been servicing the Negrea’s loan since 2001 when the whole incredible nightmare began, and with it being 2011…  GMAC has had all the time in the world to fix this and make it right.

And, need I remind you that we… the taxpayers… paid $19 billion to BAIL GMAC OUT?  Because, I suppose the story goes… they were too big to fail.

Well, our story has finally come to an end… for now, anyway.  And understandably, the couple says they are drained from years of GMAC.  If you ask me, it’s a miracle that Michael and Pam Negrea are both still alive… or that GMAC hasn’t blown up… or something else terrible hasn’t happened.

But the Cleveland Plain Dealer story also says that the couple “is ecstatic that GMAC’s practices may finally be coming to light.”  (And there’s that link I promised.)

So… on that count, anyway… I’m sure as shootin’ here to help.  How about you?  Will you help this story get out?  I’m thinking that you will…

Oh wait… before you go, there’s one more thing from the story that I forgot to mention…

“A representative for GMAC did not return a phone call seeking comment.”

Plenty more where this came from…

It’s free and easy and other stuff too!