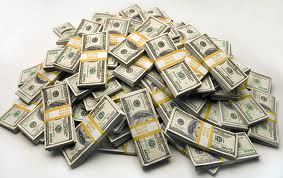 According to Zillow’s latest report, U.S. homeowners have lost $9 trillion since the housing market’s peak in 2006, AND WILL LOSE $1.7 TRILLION THIS YEAR ALONE.

So… I have a question for my fellow Americans… and for elected representatives in Washington D.C. and state legislatures… and for that offensive, mindless twit Diana Olick on CNBC… Are we done irrationally punishing the so-called “irresponsible” people yet?  I’m serious about this, are we?  Because I don’t think I can afford to do any more punishing.  And besides, I feel like I’ve done enough punishing anyway.

Or, if we have to keep on punishing homeowners because as a nation we’re just too thick headed to understand anything but stupid sound bites and too self-consumed to let go of our petty jealousies and moral self-righteousness, then could we at least start thinking about switching over to a new means of punishment.  It doesn’t have to be something less severe, necessarily, but I think we need something less expensive for sure?  I suppose stoning might come to mind, if we’re looking for something biblical, but there’s never been anything wrong with a good old fashioned  spanking as well. 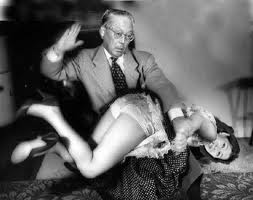 Instead of foreclosing on the 20 million people who all became irresponsible during the last decade and decided to buy houses for their families to live in that they couldn’t afford, I was also thinking that we could create a catalog of alternative punishments and let homeowners choose their poison, as it were.  We could even run television ads to generate leads… see what you think of this approach:

Announcer: Are you an irresponsible sub-prime borrower embroiled in the foreclosure process who hasn’t make a mortgage payment in 24 months and are about to finally get bounced out on the streets?  Have you come to terms with the fact that our global economic crisis could have been avoided if only you had just stayed in your old apartment instead of buying a home of your own?

Well, why not consider trading in your social stigma status as an irresponsible borrower and remain in your home as a resulkt.  Just take a look through the new catalog: The Responsible Homeowner’s Guide to Acceptable Punishments.  Here are just a few of the alternatives now available to today’s homeowner: 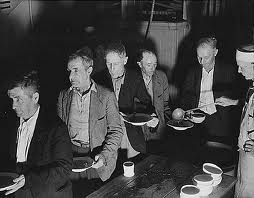 One thing I still don’t understand… If the bankers needed $12.2 trillion, weren’t they irresponsible too?  How come we’re not punishing them?  I was thinking that maybe we could switch… one year punish the homeowners… the next give it to the bankers.  What would you think about that idea?

Come on people, work with me here… I’m trying to be reasonable about this.  I just flat out can’t afford to continue punishing my neighbor because he decided to remodel his kitchen in 2006, which turned out to be more dangerous than trading commodities futures with an advisor from Goldman Sachs.  I don’t care that he bought a Jet Ski anymore… in fact, good for them.  How about if I have a talk with them and they agree to let you borrow it for a week every year?  No?  Come on… don’t answer so quickly, it’s a beautiful jet ski.  Have you ever ridden one?

Hey, wait a minute… here’s something for irresponsible homeowners who are also Verizon subscribers: A 2-Year Contract With AT&T.  Yeah, well that one is a little harsh, I suppose.  Don’t give up… we’ll keep looking… there are a lot of great punishments out there… let’s give it a chance.  Why not trade in your irresponsible borrower status for “A Criminal Record,” and it says they have misdemeanors available.  That might work… 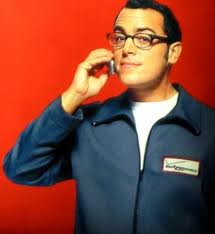 So, Zillow is saying that U.S. homeowners have lost $9 trillion since 2006.  And that’s just lost home equity.  Would anyone care to run a tape that adds in stock market losses of U.S. homeowners as well?  I didn’t think so.  As it stands, I figure that my family will make up for the ground lost and break even in the year 2045.  But we plan to come back strong by then, so don’t you worry about that.

Zillow also showed that it’s getting worse.  Residential property values dropped 63% more in 2010 than in 2009.

Damn it, people, we can’t keep this type of punishment going indefinitely.  How about this… we let them off the hook for their irresponsible homeownership, but instead we all totally snub them until 2013.  When one of them walks buy, we all stop talking immediately and look the other way.  What about that? 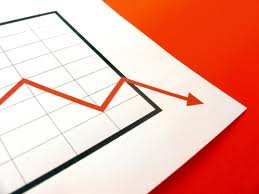 See… this is not good… couldn’t we have stopped in June?  Plus that $680 billion is underreported, because we also picked up the tab for that economic stimulus housing tax credit madness that allowed the White House to pretend we were having a recovery.

Oh, and check this out… according to Zillow, 21.8 percent of single-family homes with mortgages were underwater in 2009, but by Q3 2010, 23.2 percent were underwater.  Oh my God… don’t you see what this means… it’s as I suspected all along… since negative equity is the number one predictor of foreclosures… foreclosures ARE breeding foreclosures.  It’s like the blob that ate New York, only we’re funding the blob.

And, while we’re talking about potential solutions, I have another idea that I’d like to throw out there for your consideration… stay with me here…

Since the banks aren’t subject to any of those bothersome accounting rules anymore… you know those cranky little nitpicky mark-to-market rules that FASB adopted in the fall of 2006.

Why don’t we consider letting the banks MARK UP their impossible-to-value assets that we’re not requiring them mark down to market value anyway.  I mean… if we’re going to keep our banks looking “healthy” based on allowing them to keep CDOs and CDSs on their books at the absurd face values from the bubble years, why not simply pretend they’ve gone up in value over the last couple of years… say by $9 trillion.

Then, just give the $9 trillion we’ve pumped into banks for no good reason back to all of the homeowners in the housing market and voila… consumer spending recovers, the crisis solved.  I’d even be willing to let the bankers deduct their bonuses for this year and next.

Who would even know?  And even if some of those annoying financial and accounting bloggers get super critical of the idea, we could just fix it with a line of dialog from Bernanke.  Maybe something like:

“The Federal Reserve is confident that the revaluation of pending assets and Tier 1 capital when viewed as a percentage of growth in the GDP for three straight quarters leads us to be very comfortable with the bank’s positions insomuch as they are at the point at which firms like Goldman Sachs are prepared to employ leverage and balance the needs of our economy… blah, blah, blah.”

See what I mean?  That’ll do it, no problem.  Just have the Harvard guys spruce it up a little and shoot it in front of a podium with the White House seal in the background.  It’ll fly, trust me. 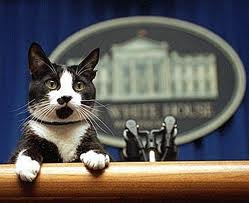 It’s not like the idea has no precedent.  A variation of what I’m describing has been working for the commercial real estate market since last year.

Remember last year, when we were about to have a meltdown any minute in commercial properties, like commercial real estate was down by 44%, I believe they were saying the number was.  Then one day, Treasury Secretary Geithner and FDIC Chair Sheila Bair showed up on the Sunday morning talk shows after whispering in the bankers’ ears that they didn’t have to write the assets down, and they could pretend that inconvenient loan maturity dates had simply not yet arrived.  People barely noticed it.

Okay, so this time we just pretend the values of toxic assets have gone up to cover the $9 trillion in losses sustained by homeowners that has made consumer spending a thing of the past, which just leads to higher unemployment, and starts that whole deflationary spiral thing, and next thing you know Bernanke’s got to start printing cash.  We give the $9 trillion back to the homeowners, and take further write ups on bank balance sheets that are overvalued by 50% now anyway.

Come on people… I think this is a workable plan… just announce the whole thing on Super Bowl Sunday… no one would even know about it for a year.  It’s a damn lay-up, that’s what it is… have people spending again by Easter Sunday. 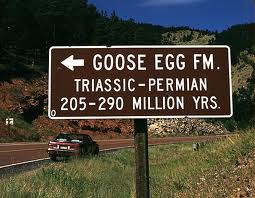 And as to the foreclosures…

If we still can’t agree to stop the whole punish-the-borrower thing, how about we let the banks do whatever they were going to do on their books if foreclosing, but we just let the people keep the homes.  To the banks it would be the same thing… even better because actual expenses would be nothing because they wouldn’t actually be taking back the houses. Physically, it would appear like everything was back to normal, with the bank financials looking even better than would be the case if accounting for real foreclosure outcomes… wink, wink.

Oh come on, don;t be such a baby… why the heck not?  Right now we’ve got miles of empty homes that are only exceed in length by the miles of empty heads that are in charge and allowing this to continue.  Whose going to even know?  If you want, keep reporting that people are losing homes… just don’t actually take any homes back.  It’ll work, I’m telling you.

As you might have guessed, I even have a few ideas as to what we might call the program… how about:

No?  Wow… tough crowd. Okay then, how about:

Well, now you’re not even trying to like one.

Kick it around for a while.  Run it up the flagpole and see if it flies.  Or, better yet, set it out on the back porch and see if the cat licks it up.

Don’t just brush me off here, though.  I’m not playing around… we can’t just keep bankrupting the country’s entire middle class because we’re uberr-pissed that a bunch of folks bought houses during a housing bubble, while the rest of us were either so sedentary we couldn’t even drag our fat carcasses to an open house, or so risk averse that we were afraid to finance a pack of gum.

And what will the results of all that punishment be by then, do you suppose?  A shadow inventory of 52,000,000,000 homes, and urban blight that makes Tijuana look like the Hamptons?  Don’t worry though, we’ll still have Obama in the White House through the end of that year, so I’m sure unemployment will amazingly still be hovering just under 10%.

Great plan, guys… are you happy Diana Olick and the rest of you sickos still focused on punishing homeowners?   I guess you figure, as Diana has said in the past, that at least you won’t get stuck paying for your neighbor’s irresponsible decision making back in 2003.

Yep, that’s true… you won’t have to worry about paying for that.

Instead, however, you’ll be stuck paying for your own sadistic, intolerant and uneducated decision-making that’s been taking place every year since 2008.

The problem I’m having now is that I’m going to be stuck paying for your offensive and unfounded opinions too.  And given the choice, I think I’d rather have picked up the tab for my neighbor’s Jet Ski… at least we could have taken it to the lake once or twice each summer.  What am I going to do with you around?

I guess I’ll have to find a way to punish you as well. 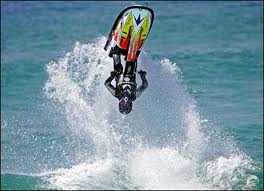