Home  »  Legal Aid for Homeowners: Perhaps the only thing on the planet for which TARP funds CANNOT be used.

Legal Aid for Homeowners: Perhaps the only thing on the planet for which TARP funds CANNOT be used. 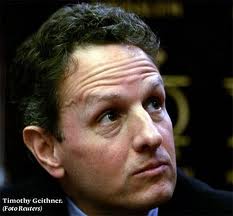 The Nation is reporting a story about Treasury Secretary Tim “Transparency” Geithner that proves that he actually is a “by-the-books” guy who is very concerned about protecting the taxpayer’s money from being spent in unauthorized ways.  I’m not kidding about that… that’s what the story really shows.  Who knew?  Maybe we all owe Tim an apology, of sorts, because until I read the story, my impression had been that he was more the shovel-taxpayer-cash-wherever-a-banker-would-like-it-shoveled sort of person, whether the shoveling was being directed into a bank in this country or out.

For some strange reason I also had it in my mind that he was the one who wouldn’t tell us what the banks did with the TARP funds… like we had no right to know, and no right to even ask.  I could have sworn that was him.  Didn’t Elizabeth Warren kind of rake him over the coals on the whole TARP funds issue.  Man, I was sure that was him… I must be getting older… having trouble keeping things straight.  Oh well…I guess it happens to all of us eventually.  It’s the circle of life, Simba.

Yep, here’s what happened that tells me I’d better change my view of Timothy Geithner… it has to do with the 19 states considered to be the “Hardest Hit” by the foreclosure crisis… you know, the ones that the Obama Administration gave a portion of the TARP funds to, so they could try to help homeowners struggling as a result of high unemployment and the free fall in housing prices.

I can’t name them all off hand, but Florida, Ohio, Michigan, Nevada, Alabama, Arizona, Georgia, Illinois, Indiana… ummm… Kentucky… Mississippi, I think… was New Jersey one?  North Carolina, Tennessee, Oregon, Rhode Island… I remember that one for sure because I chuckled when I saw it the first time.  How many is that?  Only 16.  Hmmm… South Carolina, Washington D.C.  I can’t believe I’m only one state short… Oh wait… California!  I forgot my own state.  I think that’s right, but I’m not looking it up so check it yourself if you’re a stickler.

Well… according to The Nation…

“Some of those states, including Ohio, let Treasury Secretary Tim Geithner know as far back as this past spring that they wanted to use some of those funds to assist legal aid groups that help individual homeowners. Seems like a reasonable request—unlike the absurdity of handing over trillions of dollars to robo-signing, foreclosure-mad banks, no questions asked.”

Sounds like a reasonable request to me, too.  I mean, a lot of folks can’t afford to hire an attorney and legal aid attorneys are often very good and very dedicated people.  So, why not, right?

I’m sure Secretary Geithner agreed with the idea in principle, however, he wasn’t going to take any chances where taxpayer funds were concerned so just to be safe The Nation said that he…

“Treasury solicited the opinion of an outside law firm, Squire, Sanders & Dempsey.”

Well, that’s refreshing.  He checked with an independent outside law firm, no doubt hired to provide objective advice to protect against government corruption… that sort of thing.  Anyway, so what did the law firm have to say?  They said okay, right?

“The firm said, in essence—sorry, no can do on the legal aid. Not permitted under the TARP.”

Come again… I must be having trouble with my hearing… or rather my reading… what did they say?

“The firm said, in essence—sorry, no can do on the legal aid. Not permitted under the TARP.”

Wait… are we talking about the same “TARP” funds?  Maybe the firm thought he was asking about HARP funds and everyone knows that HARP funds can only be used to buy harps?  No?  Come on… the firm’s putting us on, right?  I mean, TARP funds have almost no controls whatsoever, as I remember.  Paulson said he couldn’t get the job done if he had to get permission for every little detail. 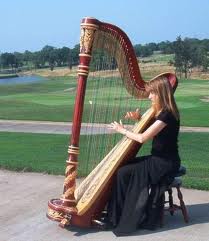 Liz Warren was the TARP Chief after the horses had run out the barn door, and she couldn’t even figure out where the money went.  She said we’d never know because the bill authorizing the funds didn’t specify that the banks had to tell us where they spent the money, so the bottom line was… go fish.  I wasn’t dreaming that whole thing was I?

“Huh? Hold on a sec—is this the same TARP that granted the Treasury Secretary all those “extraordinary powers” to protect people’s home values, preserve home ownership, promote economic growth, etc.?”

Yeah, their right about that… what in the world is going on here.  So, Tim asked for a second opinion from another law firm, right?

No? Legal aid for people who can’t afford a lawyer in the hardest hit states… the ones with the robo-signers… the improper foreclosures… the tragic evictions… that can’t be supported with TARP funds? 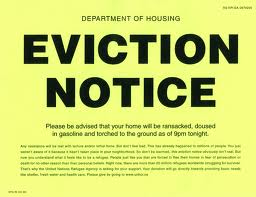 Wow… I can only imagine how crest fallen Tim Geithner must have been over the whole thing.  He’s used to getting his way, I hope he didn’t punch a hole in the wall over at Treasury, or anything like that.  I bet he’s steaming mad.

It’s good for the bankers though, right?  I mean, the fewer people that have a lawyer the easier it is to kick them out of those homes without a fight, right. 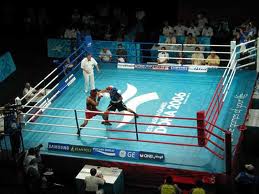 I mean, in this corner it’s Mr. & Mrs. Rodnunsky from Akron, Ohio.  And in this corner, senior partners from the world’s largest law firm, Gibson, Dunn & Crutcher LLP.   This promises to be an exciting bout.  The over under is three seconds into Round One, and I’m taking the over on the Rodnunsky’s because I think the odds makers are overlooking the fact that Mrs. Rodnunsky used to manage a dental office before the kids were born.  Come on… grab some popcorn and let’s watch together.

Damn.  I was sure she could go three seconds.  I can’t believe that… evicted in 72 hours.  That’s a tough call.  Look, she’s crying… too bad.  Bring on the next Christian… and a fresh lion.

So, chalk up another win for the banks and another loss for Treasury Secretary Tim Geithner.  He must be crushed.  I mean… the states come to him for help… he wants to help them I’m sure… he does what he always does and checks with a law firm just to protect the taxpayers and look what happens… homeowners get screwed again.  Boy, if it weren’t for bad luck, he’d have no luck at all, as my mother used to say.

Maybe I’ll send him a sympathy card, just to make up for things I’ve said about him in the past.  It must sting to lose one for homeowners like that.

Or, wait a minute… what’s that?  He doesn’t always check with a law firm to see on what he’s allowed to spend TARP funds?  And the law firm’s clients include who? 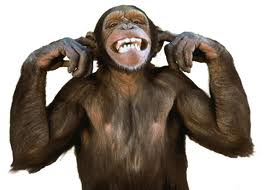