Home  »  Well, Would You Look at That: Elizabeth Warren Might Be Replaced by a Bank Lobbyist

Well, Would You Look at That: Elizabeth Warren Might Be Replaced by a Bank Lobbyist 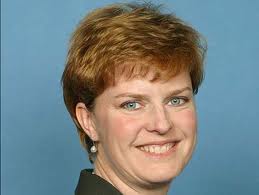 See, just when I was all be rock solid sure that the current administration could not possibly offend me any more than they already have, they may have just gone and blew through my expectations once again.¬Ý It seems that chatter inside the beltway is saying that Wall Street-friendly Rep. Melissa Bean (D-Ill.) is being considered to replace Elizabeth Warren as head of the new Consumer Financial Protection Bureau or CFPB‚Ä¶ you know, that tiny, little sliver of an island in the sea of corruption and crap the banking lobby calls home‚Ä¶ and by that I mean Washington D.C. and our government, it should go without saying.

I‚Äôm going to do my best to remain rated PG when writing about this subject, but hell‚Ä¶ I‚Äôll be happy if I don‚Äôt go into cardiac arrest before this is over.

First of all, the story came out last Monday, November 8, 2010, first in Politico and then in Mother Jones, and the always progressive, yet often impressive online news source readily admitted that:

‚ÄúBean’s campaign would neither confirm nor deny whether she’s under consideration for the CFBP job. ‚ÄòThis race remains too close to call, and we are staying focused as this election process continues,‚Äô says Bean spokeswoman Gabby Adler.‚Äù

Well, first of all‚Ä¶ Gabby‚Ä¶ I‚Äôm so sorry about that how that whole election process thing seems to be turning out.¬Ý The race is still said to be too close to call, except that the last count showed her several hundred votes behind her Tea Party, or rather, Republican challenger, Joe Walsh, with a few hundred votes yet to be counted.¬Ý Actually, I‚Äôm not sorry about her losing, assuming she does‚Ä¶ Bean is the woman in Congress who stopped the issue of bankruptcy reform from even being debated this last time around when it might have made it into a bill that was ultimately passed.

Bankruptcy reform is the idea that bankruptcy court judges would be allowed to write down mortgage balances for homeowners in bankruptcy if the see fit, and it would be a fabulous idea to see implemented.¬Ý Republicans refer to it as the ‚Äúcram down,‚Äù which makes it sound about as unappealing as possible, but it would be a very good idea the way it‚Äôs written today.¬Ý I wrote an article about it and it appeared in The Niche Report last year around this time, titled ‚ÄúThe Jury is In and We Need Judges to Modify the Way Banks Behave.‚Äù

Personally, I thought it was some of my best work, if I do say so myself, and a copy of the article was even distributed to a few hundred of the 9th Circuit judges, when I was speaking in front of them on the topic of the foreclosure crisis last April at their Judicial Conference, which was held in Santa Barbara.¬Ý My wife and I stayed all weekend up there with the judges and a wonderful time was had by all, so I‚Äôm told.

So, under any other circumstance, I‚Äôd want Bean to lose to anyone else, but if her losing means she gets Liz‚Äôs job, well then let‚Äôs pray the Dems are still stuffing ballot boxes in Illinois, and Lord please save her a seat.¬Ý I‚Äôm kidding‚Ä¶ she should lose no matter what, but that‚Äôs not the point here‚Ä¶ no one should be considering her for Elizabeth Warren‚Äôs job at the

But‚Ä¶ see, Gabby‚Ä¶ it seems to me that if there were some truth to the story, you wouldn‚Äôt have been instructed to neither confirm of deny anything to do with the question.¬Ý Like it seems that if it weren‚Äôt true, it would be an easy thing to either deny, or you could have said something like:

Or, if we were younger we might say: ‚ÄúDude, are you high?¬Ý No way, Dude.‚Äù

Or my mom might reply: ‚ÄúOh, I don‚Äôt think so.¬Ý Would you like some cake?‚Äù¬Ý (Mom loves to prepare a nice Bundt cake for company.)

See, that‚Äôs just a few of the ways the rest of us might respond if we were asked about something that wasn‚Äôt true about us.¬Ý No normal person ever says stuff like: ‚ÄúI can neither confirm, nor deny‚Ä¶‚Äù unless it‚Äôs followed by some laughter or a punch line.¬Ý You should give that some thought, Gabby.¬Ý I realize you guys live on a different planet, so I thought I‚Äôd help you learn the language over her in America.¬Ý Just a thought‚Ä¶ your call, of course.

So, why am I so riled up about this?¬Ý Why that‚Äôs quite simple: Melissa Bean is a banking industry lobbyist‚Ä¶ okay, well not really, but she‚Äôs as close to one as one could get without being one.¬Ý In fact, her ex-Chief of Staff, John Michael Gonzalez, is a leading lobbyist for Big Finance. ¬ÝThe Mother Jones story referred to him as being:

‚Äú‚Ä¶ one of Washington’s top influence peddlers on behalf of financial firms and trade groups.‚Äù

Oh, and isn‚Äôt that a nice thing to be.¬Ý Can you imagine if you raised a child and that‚Äôs what they became in life?¬Ý I like to shoot myself at the Thanksgiving Dinner table right when the kid said please pass the green beans.¬Ý I‚Äôd say, ‚ÄúWhy, sure son‚Äù‚Ä¶ and then BLAM!¬Ý Brains all in the stuffing and the gravy.¬Ý Dinner‚Äôs over, but my point would be made.

Apparently, John-boy is now a lobbyist at Peck, Madigan, Jones, and Stewart, a major lobbying firm in Washington D.C.¬Ý Jones says he’s lobbied for the Business Roundtable, a financial services trade association; Deutsche Bank; Mastercard; the International Swaps and Derivatives Association; and the Chamber of Commerce. And for the Chamber, his firm tried to exempt national banks from tougher state consumer protection laws, an issue Bean also fought, by the way.

Federal lobbying records, the Jones story says, show that Gonzalez has been registered to lobby House and Senate lawmakers on behalf of Big Finance on issues that include:

According to the Mother Jones story, Bean, who has been a member of the House Financial Services Committee‚Ä¶ big surprise there‚Ä¶ ‚Äúhas a long history as a favorite of Wall Street.‚Äù

According to the Center for Responsive Politics, her top donors over the last five years have come from the finance, insurance and real estate industries, and together they‚Äôve given her about $2.5 million.¬Ý And Mother Jones says there‚Äôs more:

‚ÄúIn the 2008 elections, Bean bagged more money from the Chamber of Commerce, which vehemently opposed the Dodd-Frank bill, than any other House incumbent.‚Äù (That link back there is to a story about Bean on Firedog Lake, a blog I‚Äôm liking more and more every day.)

And, Jones claims‚Ä¶ ‚Äúamong the top contributors to her 2010 reelection campaign were JPMorgan Chase, Goldman Sachs, and Allstate Insurance, all of which sought to weaken aspects of the Dodd-Frank financial reform bill that established the Consumer Financial Protection Bureau.‚Äù

Oh my God, people‚Ä¶ do you see why I‚Äôm unhappy about this development?¬Ý It doesn‚Äôt really have anything to do with Bean-Bag herself.¬Ý I mean, she‚Äôs repulsive, but so are lots of others in Congress.¬Ý It has to do with the fact that Oblabla would have even allowed this idea to make it once round the conference table.

“The White House needs to beat back the Bean idea, otherwise they’ll look like fools.¬Ý This is the craziest thing I’ve ever seen. She’s a tool of the financial industries.”

A tool, huh?¬Ý Well thank you for saying so, it saved me having to do it.

“Nobody wants the Brooks Brothers Brigade out there campaigning for you.” The question for the Obama White House is whether they want to put in charge of consumer financial protection a politician who has accepted large amounts of money from this brigade‚Äîand whose former chief of staff lobbies on the brigade’s behalf.

You know, I don‚Äôt what he means by the ‚ÄúBrooks Brothers Brigade,‚Äù and I‚Äôd hope Brooks Brothers would want to be left out of the conversation entirely.

All I do know is this‚Ä¶ ENOUGH!¬Ý If Oblabla even thinks he can appoint someone of Bean‚Äôs ilk to head up the CFPB, the bureau that he put Elizabeth Warren in charge of creating, well‚Ä¶ then he‚Äôs several more cards short of a full deck than even I thought he was, and I was already thinking that he didn‚Äôt even have enough to play a game of Pinochle.

Not only that, but doing so would make him a liar.¬Ý You don‚Äôt put Elizabeth Warren in charge of creating a federal bureau that was her idea to begin with and then put someone like Melissa Bean in charge of running it‚Ä¶ unless you‚Äôre a bold face liar.
And I suppose that‚Äôs all I have to say about that. 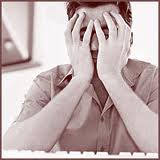 Except… come on people, let’s throw a damn fit about the mere idea of this. It’ll just be us… some will say we’re over-reacting because it hasn’t happened yet, but ENOUGH IS ENOUGH. ¬ÝIdeas like this shouldn’t even come to anyone’s mind in the White House or anywhere else, outside of Jamie Dimon’s or Lloyd Blakfein’s offices, of course. ¬ÝWe, and when I say we I mean us in the blogosphere, made enough noise about putting Elizabeth Warren in there that the White House had no choice but to find a way to do it. ¬ÝNow let’s turn up the heat once again.

So, take a few minutes and write to your elected representative about this. ¬ÝNo one else, unless you feel like it, just your person in Congress. ¬ÝTell them this line of thought is unacceptable, that we want Elizabeth Warren to choose her successor. ¬ÝNothing less. ¬ÝI know you’re tired… I am too.

There’s nothing I’d feel prouder about in my life than if you guys that read me were to become the most vocal group in the nation. ¬ÝWe don’t have to strive to be the largest or the most influential, but we can be the group of people that are NEVER quiet… that write in all the damn time when things are out of control. ¬ÝMandelman’s March, if you will. ¬ÝWhat do you think… will you sign on for that?